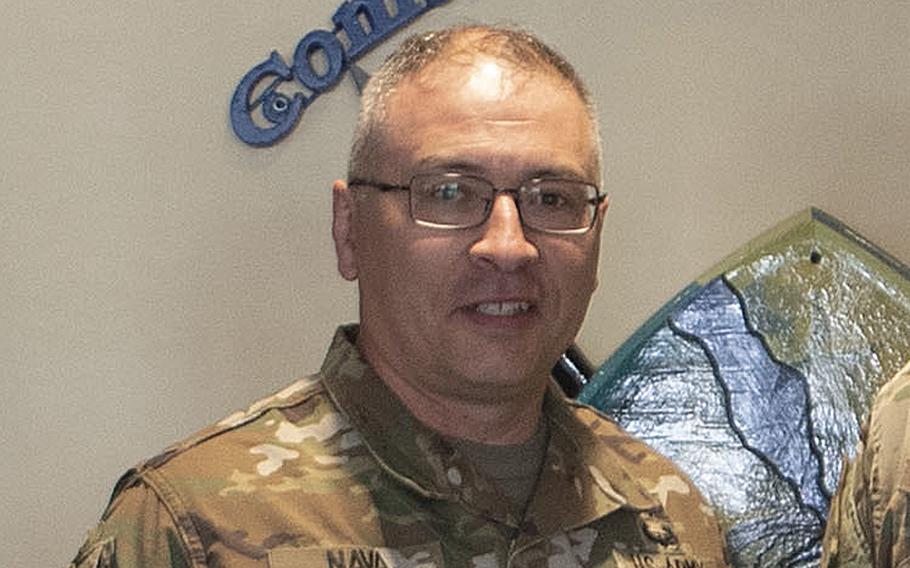 (Tribune News Service) — Kenneth Nava’s first goal in the military was to make it to sergeant first class. That accomplished, he then set his sights on becoming an officer, preferably a lieutenant colonel.

That wasn’t part of the picture.

“I just did my best not to shut doors on myself, to keep on opening doors,” he said, explaining how a onetime enlisted man could rise to become the leader of the state’s National Guard for the past four years. “There was a little bit of luck associated with it, of course.”

That dash of good fortune, combined with hard work, is now in a scrapbook. The 33-year veteran and adjutant general of the New Mexico National Guard announced his retirement in a quiet ceremony at the Guard’s complex just south of Santa Fe.

Nava’s next assignment is as a civilian; specifically, as an employee of Intel Corp. in Chandler, Ariz., where he will assist with some of the company construction projects at its facilities there.

He said leaving the Guard was a difficult decision but also noted “the reality of the military is that you can’t serve forever. I was coming up on the twilight part of my career in the military.”

Nava, 52, began his career in 1988 as a mechanic in the 7th Battalion, 200th Air Defense Artillery with the New Mexico Army National Guard. He went on to earn his commission as a second lieutenant in 1992 and served in combat in Iraq from 2008-10, commanding the 515th Combat Sustainment Support Battalion.

He was named adjutant general in 2017 by former Gov. Susana Martinez, whose successor at the Roundhouse, Gov. Michelle Lujan Grisham, attended his retirement announcement Friday.

“ General Nava has been a standout leader throughout my time in office and he was integral in mobilizing our National Guard to support and protect New Mexicans throughout the pandemic,” the governor said in a statement. “I thank him for his many years of service to our state and our country and I wish him the very best in his future endeavors.”

Nava said he’d long been happy to be a part of the National Guard, which has a proud history — marked by the sacrifices of the badly outnumbered men who fought the Japanese at Bataan and Corregidor in the early days of World War II and endured the Bataan Death March that followed.

The memories of those sacrifices, he said, were a legacy he wanted to keep alive for current guardsmen and women. Under his watch, a New Mexico National Guard Hall of Honor was created to commemorate those who served not just during World War II but in more recent years as well.

Nava said he has been heartened by the work today’s Guard is doing, particularly in recent months as it assisted with COVID-19 relief and other efforts. “I love working with our soldiers and airmen; I love serving our country and state,” he said.

His drive to help the Guard was personal as well. Nava said he wanted to live up to the examples his grandfathers — Tomas Arrey and Eleuterio Nava Jr. — had set for him when he was a young man. Both served in the military; both set a standard he wanted to reach.

“I’ve been so very, very blessed to be the 44th adjutant general of the New Mexico National Guard,” he said. “But it was time for me to move on.”