National Guard soldier missing for over a month in Ohio: ‘We want you back, Michaela’ 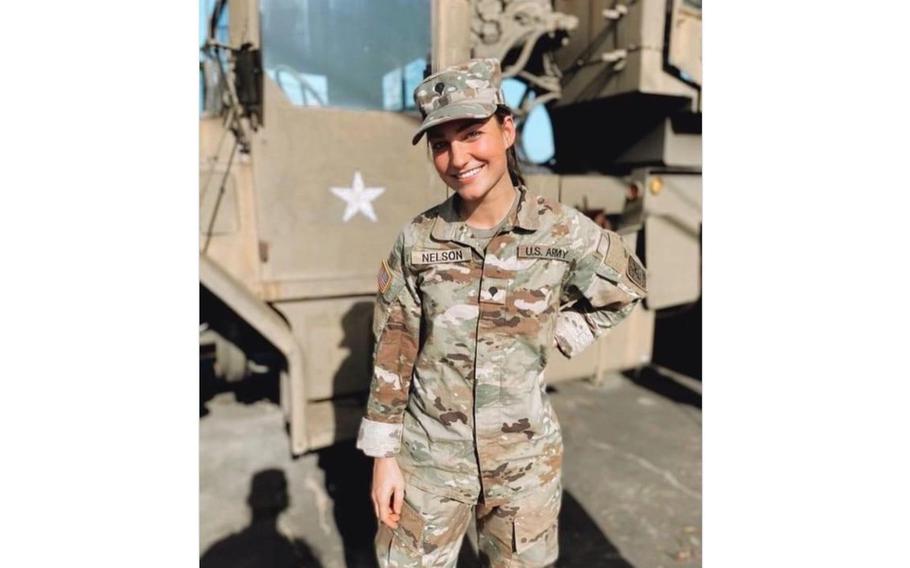 Michaela Nelson, a 26-year-old Ohio Army National Guard soldier, hasn’t been seen or heard from in over a month, and her family is growing desperate. (Facebook)

(Tribune News Service) — Spc. Michaela Nelson, a 26-year-old Ohio Army National Guard soldier, hasn’t been seen or heard from in over a month, and her family is growing desperate.

“Her siblings as well as me are eager to have her back, help her financially, help emotionally and every way we can. We want you back, Michaela,” her father, Lance Nelson, told WDTN.

Nelson returned to Ohio in early October from Fort Jackson, S.C., where she had just completed a period of training, the Ohio Army National Guard said in a social media post. However, she never checked back in with her unit, the post said.

“Please share and help us find her,” the post said. “[Her] father and siblings are worried, as are [we].”

Nelson has been declared AWOL, according to a police report obtained by the Dayton Daily News.

“Our No. 1 priority is ensuring she is found safe, and we will provide any assistance needed to her family and law enforcement,” the Guard told the outlet.

Nelson is the oldest with four siblings, her father told WDTN. She’s a gifted athlete who ran track in high school and at Cedarville University, and she’s a natural at making friends, he said.

Nelson signed on to the Ohio Army National Guard in September 2020 and was training to become a chaplain’s assistant, the outlet reported.

She was last reported seen on Oct. 1, by a friend who picked her up at the Columbus airport, according to a post shared by Nelson’s family and friends. Nelson last spoke with family on Oct. 26 but hasn’t been heard from since.

After nearly two weeks of silence, her father filed a missing person report with the Columbus Police Department on Nov. 5, WDTN reported. He also hired a private investigator.

Anyone with information is encouraged to contact the Columbus Police Department at 614-645-4747.