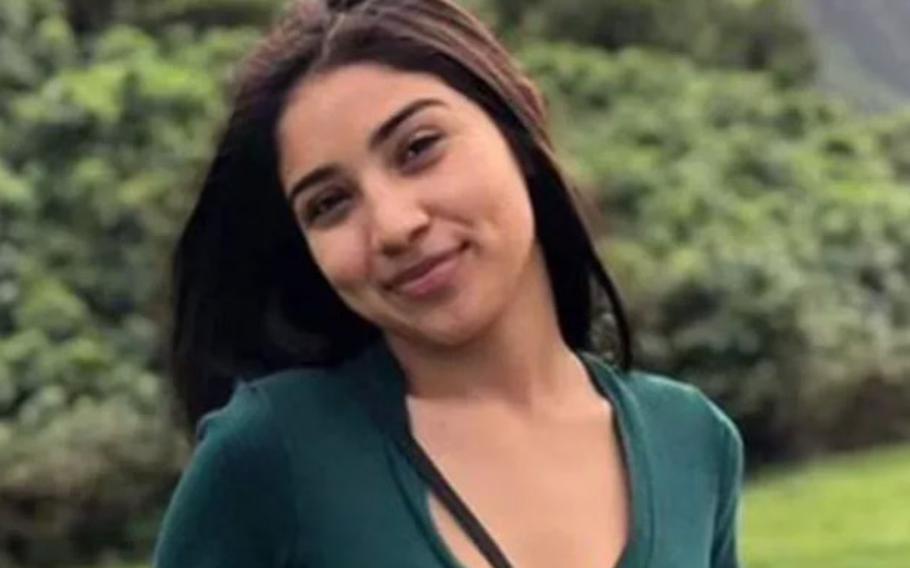 Graciela Gomez, 22, was a member of the Nevada Army National Guard. She was killed Sunday, Oct. 31 when suspects fired several rounds after being refused entry to a house party. (GoFundMe)

LAS VEGAS (Tribune News Service) — A 22-year-old woman who was fatally shot at a Las Vegas house party on Oct. 31 has been identified as Graciela Gomez, a member of the Nevada Army National Guard, Fox 5 reported.

Brig. Gen. Troy Armstrong of the Nevada Army National Guard said Gomez was a “rising star” and an “an exceptional Soldier with a positive attitude and steadfast work ethic,” according to a statement released by the military

“It’s worth noting that she most recently answered the call and displayed great dedication and extraordinary service to her community over the course of the past year while working on the COVID-19 Task Force in Las Vegas helping our state get through the pandemic,” Armstrong said.

Patrol officers responded to the news that someone was shot early in the morning on Oct. 31. Police said five men had been refused entry into the house earlier that night and that they later drove by the house and fired “several rounds,” The Las Vegas Review-Journal reported.

Neighbor Maria Alo told KLAS that there were a lot of people at the house that night, “most of them teenagers.”

“I saw everyone running out afterward and then we see one of the girls who was hurt or shot, they were trying to give her CPR, but saying that she may not make it,” Alo told KLAS.

Gomez died of a gunshot wound to the abdomen, and two other people were injured. Her death was ruled a homicide and was one of at least three separate shooting deaths that occurred over the weekend, The Las Vegas Review-Journal reported.

She was identified Wednesday by the Clark County Coroner’s Office.

No arrests have been made in the case, KLAS reported. A GoFundMe has been created to assist in funeral costs for Gomez.