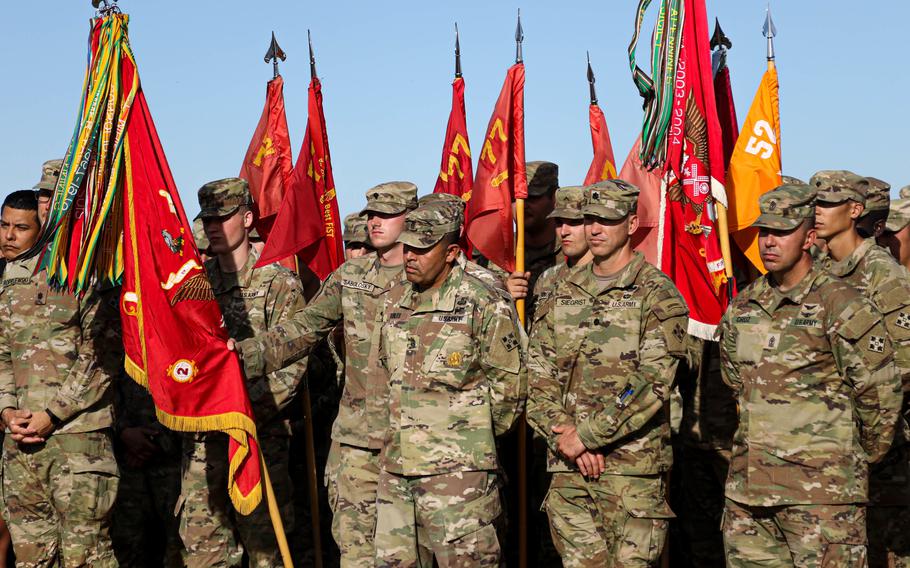 More soldiers chose to stay in the Army during fiscal 2021 than service leaders expected, helping them hit the service’s annual active-duty end-strength goal mandated by Congress, the Army said Wednesday.

The Army ended the fiscal year on Sept. 30 with 486,490 active-duty soldiers in its ranks, some 590 more troops than its end-strength goal, Lt. Gen. Gary Brito, the Army’s personnel chief, said in a statement. Overall, the Army — including the National Guard and Reserve — ended the fiscal year with more than 1,008,000 soldiers across all its components, the service said.

Brito said a number of factors went into reaching the active Army’s end-strength goal, including creative recruiting and marketing tactics during the ongoing coronavirus pandemic and more than 1,800 soldiers unexpectedly choosing to stay on active duty. He said changes at initial entrance training programs have also impacted the Army’s attrition rate among recruits in basic training from nearly 11% in 2020 to about 5.5% in fiscal year 2021.

The Army on Wednesday did not announce its final recruiting numbers for the year. An Army spokesperson did not immediately respond to a request Wednesday for those details.

“The Army is a learning organization that evolves constantly to adapt to the changing environment, and that includes how we fight for and retain talented soldiers,” Brito said. “The emphasis from our leaders at all echelons to meet the needs of our people and care for our soldiers and our families has made the Army a competitive organization for more people – talented people – to join our team.”

Pentagon officials have said for the last year that more service members were choosing to stay in the military during the pandemic, at least in part, because of uncertainty about the civilian job market. Among those who chose to leave the active-duty Army in fiscal 2021, more than 6,600 transitioned to the National Guard or Army Reserve, the Army reported.

The National Guard also exceeded its end-strength goal with 337,525 soldiers, about 1,000 more than required. The Army Reserve, however, ended the fiscal year with 184,358 soldiers, nearly 5,500 short of its own end-strength goal.

The service reaches its end-strength goals most years. The goals are set each year by Congress in the annual National Defense Authorization Act, the must-pass law that sets yearly Pentagon spending and policy priorities. The Army missed its goal in 2018, falling short in its recruiting efforts that year for the first time since 2005.