‘Had this project not been done, the airfield would have been unusable’: Pope Army Airfield reopens after repairs 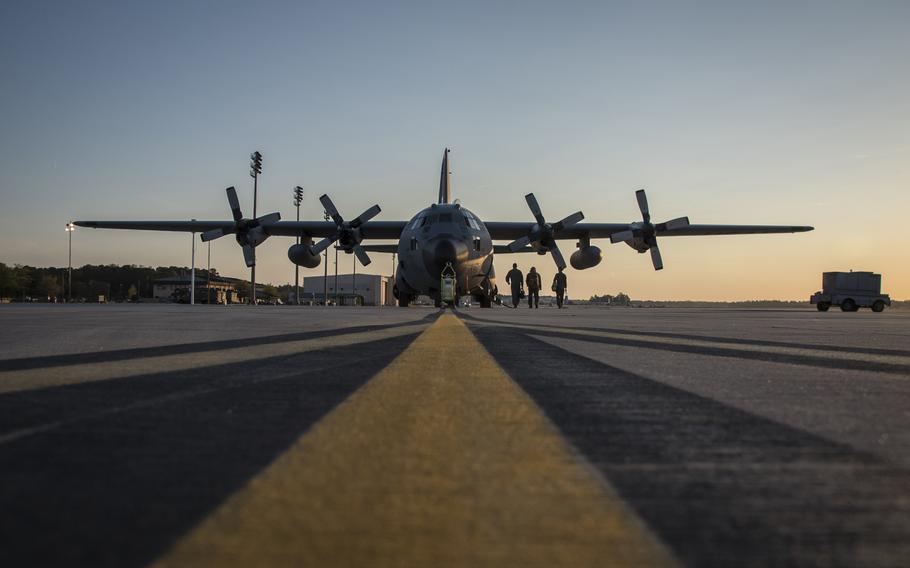 The repairs were finished on time and under budget, with improvements to the runway and airfield electrical system, the news release stated.

Joint Base Charleston, S.C., was also used for the Immediate Response Force's rapid deployment to Afghanistan to support evacuation and withdrawal efforts.

The project at Pope Army Airfield includedreplacing asphalt with concrete.

An asphalt runway must be repaired every 10 to 15 years, whereas concrete needs repairs every 50 to 60 years, the news release stated.

The airfield hasn't been "completely resurfaced" or had a lighting upgrade in more than 50 years, said Col. Joseph Vanoni, commander of the 43rd Air Mobility Operations Group.

"Had this project not been done, the airfield would have been unusable in the next 2-5 years," Vanoni said. "This project allows the DOD to once again project the joint force, whether that be the Immediate Response Force, the National Mission Force or other locally assigned unit, from Pope Army Airfield for the next 50 years."

The Army Corps of Engineers, Savannah District oversaw the project, and RC Construction Co. was awarded the contract.

The first aircraft to touchdown after the airfield reopened Thursday was an Air Force C-17 with Kurilla, Vanoni and Col. Scott Pence, Fort Bragg's commander aboard.