‘Standing in front of the enemy’: Fort Hood soldiers reflect on saving a friend from suicide 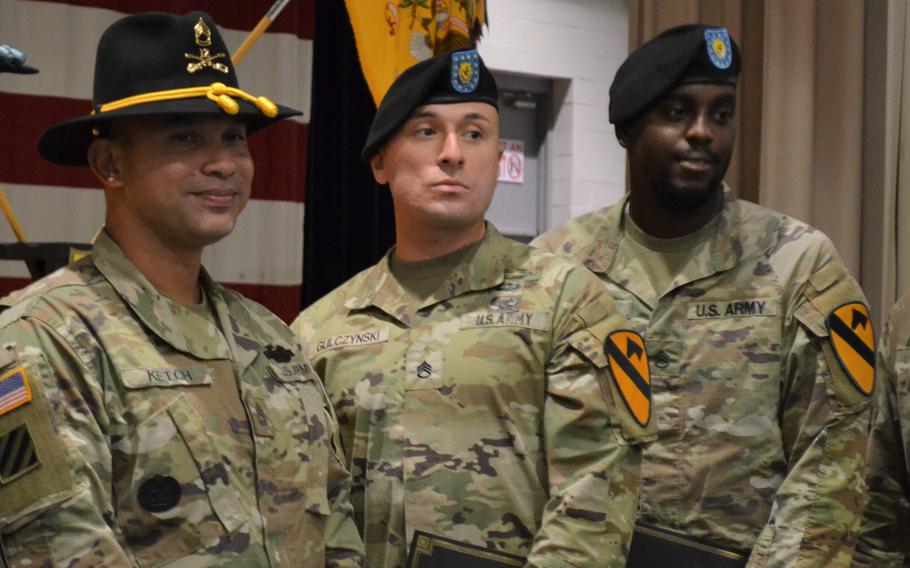 Only an hour had passed between Staff Sgt. Corey Clark leaving a barbecue at a fellow soldier’s house near Fort Hood, Texas, and the frantic rush to talk his friend down from the edge of a bridge over Stillhouse Hollow Lake.

“You never know what someone’s going through. I had no clue because we were at the barbecue and everything was fine,” Clark said, after realizing his friend, who was not named by Fort Hood officials, was masking a great deal of pain and attempted suicide.

After Clark had left the backyard gathering June 19, the other soldier drove to an area known as Chalk Ridge Falls Park. He entered a fenced off section along a dam and was standing on a narrow six-inch ledge of a foot bridge about 100 feet above water, according to the incident report from the Bell County Sheriff’s Department, which also responded to the incident.

The soldier’s spouse, who was out-of-state, was worried her husband was thinking about suicide, so she called her husband’s platoon sergeant in the 2nd Battalion, 12th Cavalry Regiment, Sgt. 1st Class Nicholas Ketch. He quickly began coordinating with Clark and another platoon member, Staff Sgt. Stephen Gulczynski, to locate the soldier. They also reached out to local law enforcement.

Once they found the soldier on the ledge, the three noncommissioned officers and an officer with the sheriff’s department began slowly to approach the soldier and coax him back to safety.

Clark said he reminded his friend of the fun that they’d had that day, and the positive aspects of his life – he avoided negative topics. Eventually, Clark was able to grab his friend’s arm. Gulczynski then grabbed him in a bear hug and the four men pulled the soldier over the railing and back to safety.

During a ceremony Thursday to honor the three NCOs, each one credited their suicide prevention training from the Army and the increased focus on building relationships among troops for preparing them to deal with the situation. Once a month, Gulczynski said he and his squad spend time together. Most often, they go to breakfast and just talk — not about work, but about other topics.

“It allows the soldiers to see a different side of us, that we are human as well,” said Ketch, who has spent 19 years in the Army. “That's where they begin to open up and talk and they accept that connection with us.”

The Army calls this trust-building effort “People First,” and it encourages tough conversations that break down barriers. It builds on already required training on equal opportunity, which targets racism and sexism, sexual assault and harassment prevention training and suicide prevention training.

On the same day that the 1st Cavalry Division recognized the three soldiers, two of the Army’s top generals toured Fort Hood’s new People First Center, a facility that pulls all this training into one location. Lt. Gen. Gary Brito, the Army’s deputy chief of staff for personnel, or G-1, and Lt. Gen. Jason Evans, deputy chief of staff for installation programming, or G-9, observed Thursday a role-player training scenario designed to challenge what soldiers know about suicide prevention, sexual assault reporting and domestic violence.

“If you look at the soldier and their families as the pacing guide that makes everything that we do strong, all our energy, all the efforts, all the policies, all the training will be focused on them,” Brito said. 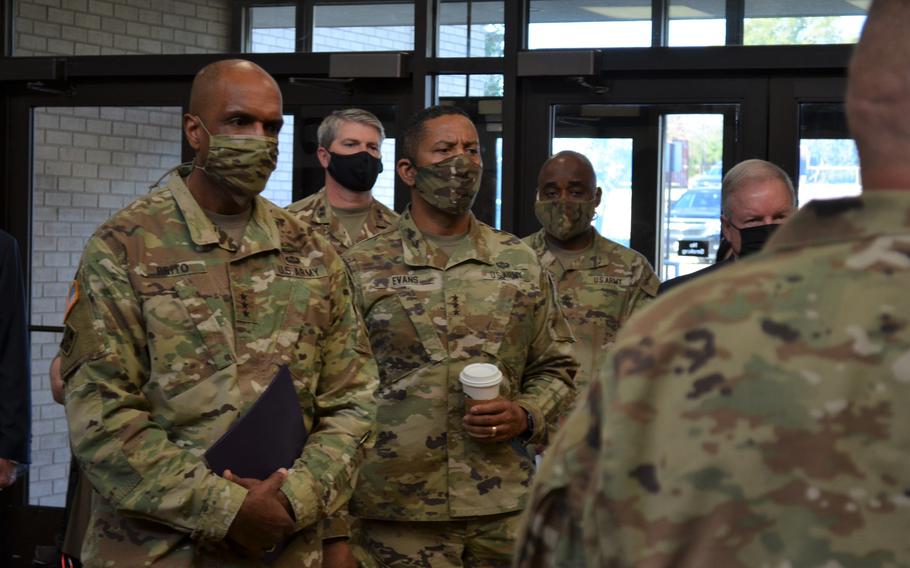 Buy Photo
Lt. Gen. Gary Brito, the Army’s deputy chief of staff for personnel, or G-1, and Lt. Gen. Jason Evans, deputy chief of staff for installation programming, or G-9, tour the new People First Center at Fort Hood, Texas. The facility consolidates into one place training for prevention of suicide and sexual assault and harassment, as well as equal opportunity and substance abuse. (Rose L. Thayer/Stars and Stripes)

Brito also serves as one of three chairpersons for the Army’s People First Task Force, which was created in the wake of the Fort Hood Independent Review Committee’s report that identified a number of problems at the base that equated to a lack of trust between soldiers and leaders that had been brewing for years. Former Army Secretary Ryan McCarthy appointed the committee after Spc. Vanessa Guillen was killed at Fort Hood by a fellow soldier.

It took more than two months for law enforcement to find her body, and during that time Guillen’s family, veterans and advocates began to raise concerns about conditions on the base. Many of the report’s recommendation will be implemented Army-wide under the People First Task Force.

Fort Hood invited Brito and Evans to tour their new facility in hopes in could become a flagship for the Army, said Col. William Zielinski, the facility’s director.

“The center is less about a building and more about an opportunity to build a team,” he said in a statement. “Having been a nation at war with several hundred thousand suffering from [post-traumatic stress disorder] from the wounds of war, the focus on deployments and redeployments. What we want to do is bring back the units and focus on what matters the most, which is people.”

While the People First Task Force is still finalizing additional policies and changes related to the Fort Hood report, Brito said leaders are not waiting. At bases across the Army, leaders have taken initiatives similar to Fort Hood that have begun to make an impact.

The success of all this work will be seen through real-world response, such as troop surveys about their command climate and the reenlistment rates, Brito said.

For the three soldiers honored at Fort Hood, the success of their training was measured by the life of their friend who is still standing in formation with them.

“It’s part of our job,” Ketch said. “It’s no different than me standing in front of the enemy for him. But at the same time, it’s not just the enemy that shoots bullets, it’s the enemy within or some other issues that might occur.”

The men were keenly aware that Thursday’s gathering could have been a memorial service for their friend. Instead, they were honored by their unit for saving a life – for answering a phone call and taking action when a soldier needed help.

The battalion and Bell County, presented Clark, Ketch and Gulczynski with two awards for their actions on June 19. Each received the civilian police department’s Life Saving Award and an Army Achievement Medal.

Ketch said despite all the time they’ve all taken to get to know each other, no one knew the soldier was at risk of dying by suicide. Ketch said he continues to analyze the experience to try and learn how to intervene earlier.

“Even in a situation like this that [doesn’t involve] my soldiers, I think about it, I read the reports if I can, and I check my soldiers every day,” he said. “A lot of times when situations like this occur, most of that's hidden away. You'll never see it. It never comes out. And when it does, it's too late at that point. So all you can try to do is just have that personal connection, and in this situation that personal connection did save his life.”