Legendary MMA fighter’s son enlists in US Army, seeks to become a Ranger 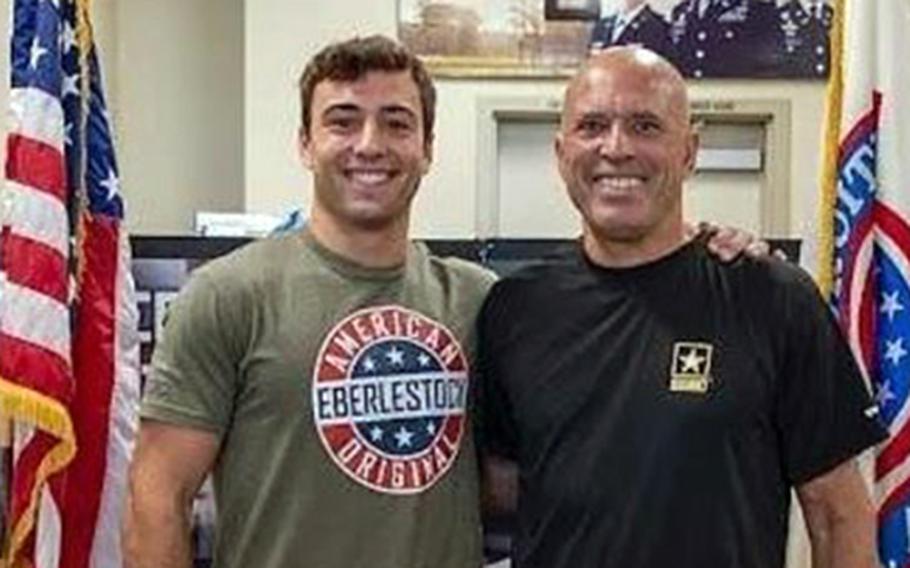 Kheydon Gracie poses with his father, Royce Gracie, the first person inducted into the Ultimate Fighting Championships Hall of Fame, after Kheydon enlisted in the Army at a recruiting office at Huntington Park, Calif. (Instagram/Royce Gracie)

Combatives training in the 75th Ranger Regiment may soon become a bit more intense, as the son of a hall-of-fame martial artist enlisted recently with hopes of donning the unit’s tan beret.

Kheydon Gracie joined the Army at a Sept. 22 ceremony in front of his family, including his father, Royce Gracie, the first person inducted into the Ultimate Fighting Championship’s Hall of Fame.

Kheydon Gracie will leave for basic training later this month after enlisting on an 11X contract with a Ranger option, Walt Quinn, a spokesman for U.S. Army Recruiting Command, said in an email Monday.

An 11X contract with a Ranger option means the enlistee will get a shot at being selected for the 75th Ranger Regiment as long as he or she passes multiple training courses. These include basic infantry training, airborne school and the eight-week Ranger assessment and selection program. The 75th Ranger Regiment is the Army’s largest joint special operations force and its soldiers were frequently deployed over the last two decades to Iraq, Afghanistan and other global hot spots.

The Gracie family is famous for creating a system of martial arts known as Brazilian jiujitsu.

Royce Gracie learned to fight from his father while growing up in Rio de Janeiro before moving to the United States at age 18. He won the first ever Ultimate Fighting Championship tournament, as well as two other tournaments in the UFC’s early years.

He has trained Army Rangers, Navy SEALs and other U.S. troops, a 2011 Army statement said.

The system of fighting now taught to U.S. soldiers draws from Brazilian jiujitsu for techniques in ground grappling.