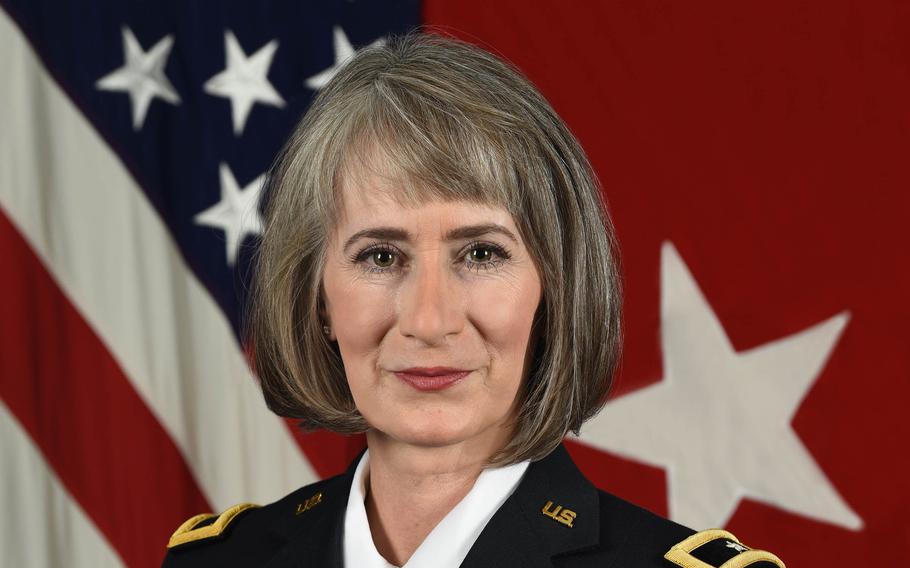 The Army’s top general for public affairs has been suspended as the service inspector general investigates allegations of counterproductive and toxic leadership, officials confirmed Thursday.

Michael Brady, the principal deputy chief, is serving as the acting chief of public affairs, she said.

An Army official speaking on the condition of anonymity said the suspension followed a command climate survey with results that mirrored recent inspector general complaints filed about Johnston. The survey found that 97% of the public affairs personnel felt workplace hostility.

Johnston, who previously used the last name Hannah, became chief of public affairs on April 13, 2019 and became responsible for all communication activities involving the Army and shaping strategies and policies, according to her online service biography. She also advised Army senior leadership on how to navigate public messaging.

Johnston played a role in building the Army’s communication response to the disappearance and death of Spc. Vanessa Guillen at Fort Hood, Texas, according to an Army investigation. The report from the investigation found the response was ineffective and the case became the impetus for the ongoing effort to improve Army public affairs.

Guillen disappeared during the workday on April 22, 2020, and her remains were found June 30, 2020, several miles from base. It was determined another soldier killed Guillen at Fort Hood and then died by suicide after Guillen’s body was found.

The Army’s internal investigation, known as a 15-6, did not specifically target Johnston or public affairs, but reviewed how every echelon of Guillen’s chain of command handled the situation. Johnston’s name is mentioned at least twice in the report because she provided communication advice to Maj. Gen. Scott Efflandt, then acting commander of Fort Hood.

Efflandt contacted Army officials at the Pentagon for public affairs help and, on at least one occasion, told investigators that he received “two different directions of advice” from Johnston and Brady.

Efflandt also relied on Johnston and Army Forces Command for guidance on a July 2020 news conference that public affairs personnel at Fort Hood disagreed with hosting, according to the investigation.

The news conference was the first about Guillen’s case and took place 71 days after she was reported missing. The investigation documented that during the intervening time there was an ongoing internal debate about how to address Guillen’s disappearance, who should do it and how it should be done.

The investigation report said the news conference “appeared insincere and was executed inconsistently.”

Efflandt was ultimately removed from his role at Fort Hood, in part because of how the base communicated with the public about the case. In total, 21 leaders were disciplined for their role in Guillen’s case.

The investigation report also offered several recommendations to improve public affairs. In June, Army officials offered some progress toward those recommendations, including a review on the appropriate level of staffing required for the Army to be effective during crisis communications.

Prior to Johnston’s role at the Pentagon, she served as director of the Army’s Marketing and Research Task Force in Washington, D.C. She has also served as the public affairs officer for Supreme Headquarters Allied Powers Europe, the 82nd Airborne Division at Fort Bragg, N.C., and for the Army secretary.