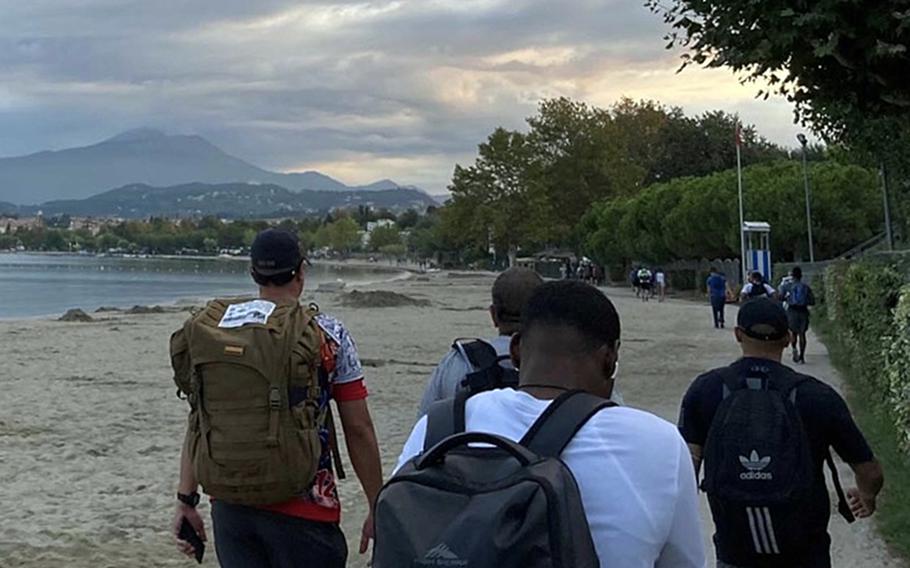 About 350 173rd Airborne Brigade paratroopers took part Sept. 2, 2021, in an annual 12-hour, 40-mile hike along Lake Garda that memorializes Brig. Gen. William Darby, who was killed in April 1945 by a German artillery shell. One paratrooper, a sergeant, completed the 40 miles in eight hours. (Wesley Shields/U.S. Army)

VICENZA, Italy — Hundreds of U.S. paratroopers ran, walked and “airborne shuffled” along Italy’s largest lake to honor an American war hero and 25 infantrymen killed there in the last throes of World War II.

Some 350 soldiers from the 173rd Airborne Brigade took up the challenge Thursday, starting at the bottom of Lake Garda and heading along the eastern shore all the way to Torbole, 40 miles north.

That’s where then-Col. William Darby, founder of what became the elite U.S. Army Rangers, was killed on April 30, 1945, by a German artillery shell. Darby was posthumously promoted to brigadier general.

On the same day, 25 soldiers from the 10th Mountain Division drowned while crossing the icy lake in an amphibious vehicle, which sank. Their bodies were never recovered.

The annual hike, called the Col. Darby 40-Miler, was initiated in 2010 by retired Army Ranger Rick Tscherne with the cooperation of Italian officials.

The event begins at 6 a.m., and the course winds along the lake through pretty little towns. Hikers must cross the finish line by 6 p.m. to be eligible for coins that Tscherne hands out.

Six hours in, Sgt. 1st Class Bryan Whittier, was at mile 23. Whittier, 33 and an Army Ranger, said he’d been mostly walking the route, along with “a light, light jog.” 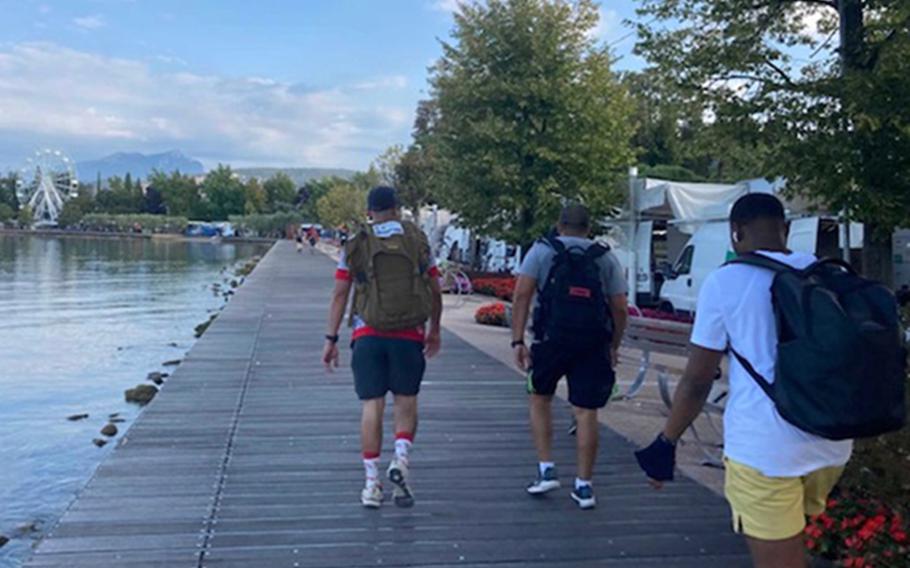 Typically it takes more than 13 hours to walk 40 miles at a relaxed pace, 10 hours at a “normal” pace and 7 hours and 20 minutes at a rapid pace, experts say.

“Some people are at mile 30 already,” Whittier said. “They’re running.” 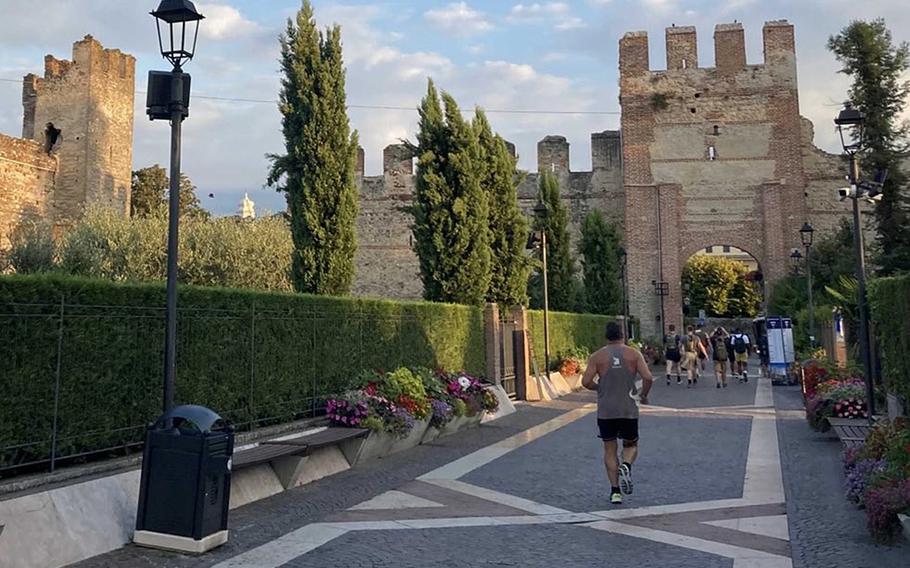 The route for the annual Col. Darby 40-Miler hike Sept. 2, 2021, takes participants along the shores of Lake Garda and through the area's charming towns, including Malcesine and its castle, Castello Scaligero. (Wesley Shields/U.S. Army)

Among those were Chief Warrant Officer 3 Will Trimble, who finished in 9 hours and 28 minutes, and Sgt. Erik Knight, who did 40 miles in eight hours, according to 1st Sgt. Wesley Shields.

It was the first time that Shields, an Army Ranger, took part in the event.

“It was a gut check for sure,” he said. “It’s the farthest I’ve ever rucked.”

Shields, 33, said he stopped only to change socks and stretch, fueled by numerous protein and cereal bars, fruit packs and water. 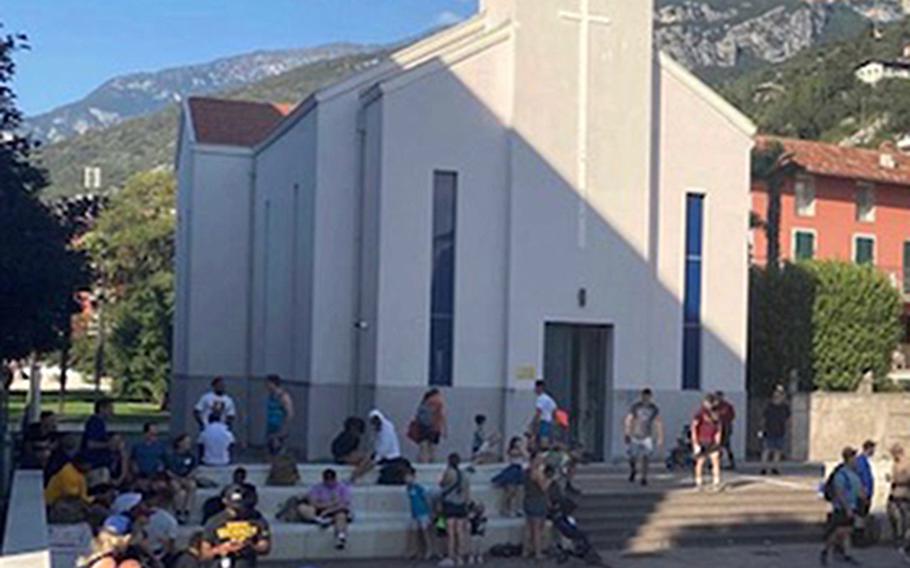 Paratroopers from the 173rd Airborne Brigade take a load off in the town square of Torbole, Italy, on Sept. 2, 2021, at the end of a 40-mile hike along Lake Garda. The annual hike commemorates then-Col. William Darby, the founder of the U.S. Army Rangers, and 25 infantry troops killed there in April 1945. (Wesley Shields/U.S. Army)

All but one of the 30 participating paratroopers finished. Most everybody was happy they’d done it despite being footsore and quite tired as they boarded their bus back to Vicenza, Shields said.

“The second the bus started moving and the AC came on, I looked around and everybody was just racked out,” he added.