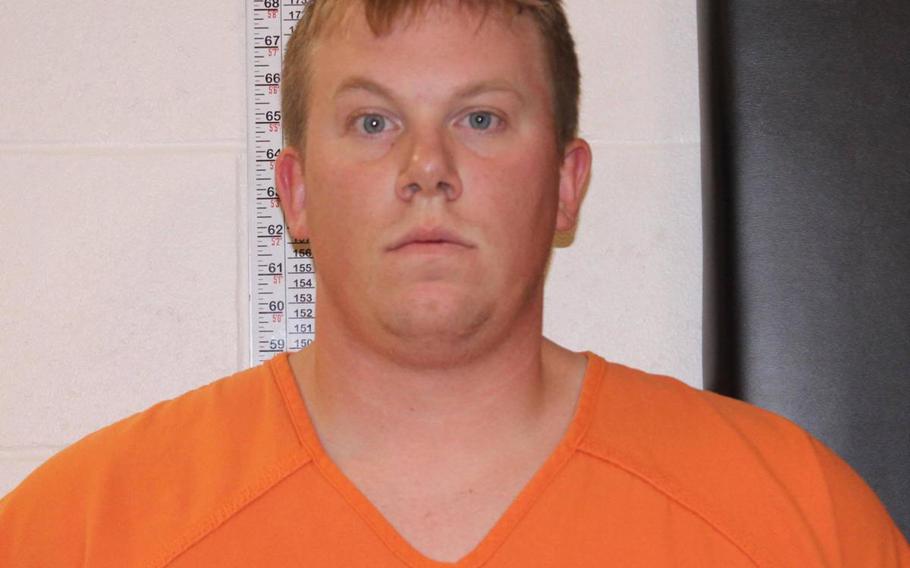 Montana Army National Guardsman John Clements Newell was arrested on suspicion of raping and strangling a woman at the Fort Harrison National Guard base on Aug. 19, 2021. (Lewis and Clark County Sheriff’s Office)

HELENA, Mont. (Tribune News Service) — A Montana Army National Guardsman was arrested on suspicion of raping and strangling a woman at Fort Harrison, a National Guard base located outside Helena, according to authories.

On Aug. 19, a Lewis and Clark County Sheriff’s Office deputy responded to Fort Harrison for reports of a sexual assault. The deputy made contact with the victim, who alleged that the previous night Newell had entered her room without permission raped and strangled her.

Court documents state the defendant put his hand on the victim’s throat and pinned her against the wall, touched her chest and attempted to kiss her several times. He is also accused of attempting to take off her shirt, pinning her to the bed with his body weight and slapping her several times.

The victim was reportedly able to wrestle out of his control, and the defendant allegedly attempted to make small talk with the woman before attacking her again.

This time, Newell was accused of groping, raping and strangling the woman. The victim told the deputy that the defendant asked her later if the intercourse was consensual, and she told him “yes” out of fear of reprisal. Court documents state the deputy observed bruises on the victim’s neck consistent with her story. The victim said she is not in any relationship with the defendant.

When the deputy made contact with the defendant, he invoked his Miranda rights to not speak to the deputy without an attorney present.

Rob Allinson, public affairs officer for the Montana Army National Guard, confirmed the suspect is a National Guard member but said he could not provide any additional information on the matter.