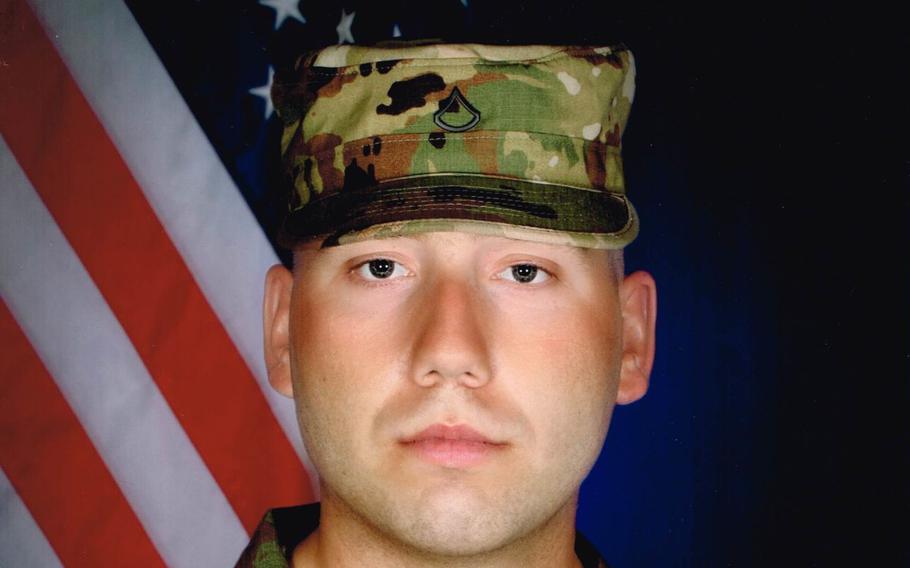 JANESVILLE, Wisc. (Tribune News Service) — The body of U.S. Army Pfc. Franklin Lawrence Handley, 23, returned his hometown on Wednesday after he died in a head-on traffic crash in Missouri on July 23.

The serviceman was accompanied by a procession from General Mitchell International Airport in Milwaukee to Schneider Funeral Home in Janesville, Wisc. late Wednesday afternoon.

Handley was one of three fatalities in the crash near Leasburg, Missouri, about 80 miles southwest of St. Louis. He attended schools in Evansville and South Beloit, Illinois, graduating from Evansville High School in 2017.

Two passengers in Handley’s vehicle — Eve A. King, 22, of Janesville, and Ronald King, 19, of Beloit — also died at the scene of the crash.

The Highway Patrol said Alan Bates, 69, of Lake Worth, Florida lost control of his U-Haul truck, crossed the median and sideswiped Handley’s oncoming minivan. The U-Haul then hit a Ford transit van driven by Michael Semmens of Genoa, Illinois. Semmens was taken to a hospital with minor injuries.

Handley lived in Janesville and previously worked several jobs in the area, including as a halfway house attendant and an Amazon delivery driver. According to his obituary, he was actively pursuing self-employment as a fishing guide.