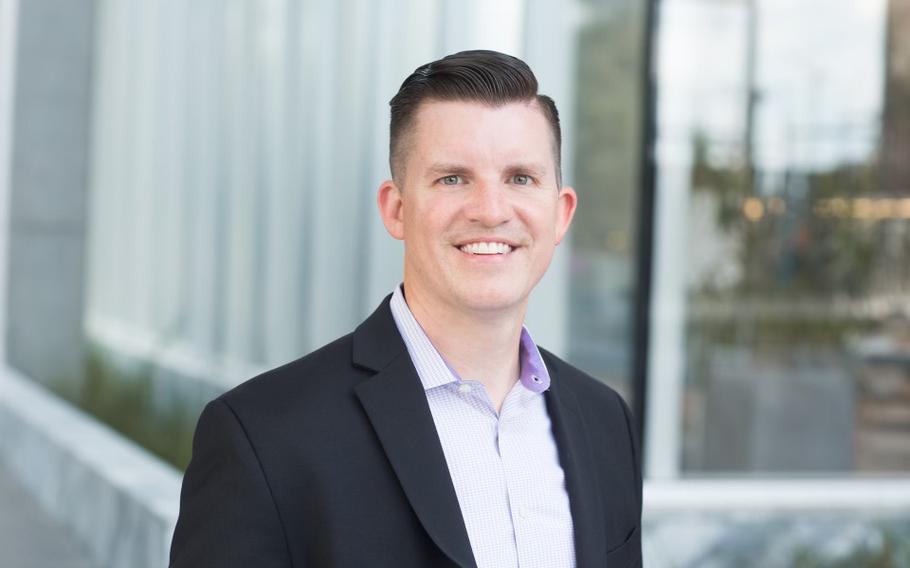 Sharing his experience on the 1st Special Forces Command and 18th Airborne Corps podcasts, Col. Eric Kreitz said he was not open with colleagues about his struggles with alcohol. (U.S. Army)

He was on his back and noticed the stars in the night sky.

He remembered having dinner with his family in Colorado, but he doesn’t remember blacking out from drinking.

At the time, he was commander of the 6th Psychological Operations Battalion at Fort Bragg and on leave in Colorado in 2018.

Sharing his experience on the 1st Special Forces Command and 18th Airborne Corps podcasts, Kreitz said he was not open with colleagues about his struggles with alcohol.

Medics loaded him in the ambulance, and a police officer at the hospital asked him if he remembered what happened.

“He said that there was a suicide attempt involved in that blackout,” Kreitz said on the podcasts. “I had no memory of it, which is really what scared me. Almost losing my life was a big wake-up call for me.”

He had suicidal thoughts in the past only when he drank, but never acted on them before that moment.

Kreitz said his struggle with alcohol isn’t tied to a traumatic event in combat.

His first sip of alcohol was when he was 16, and he blacked out.

Throughout college, he said, alcohol always seemed to be around and he thought it was part of the college experience.

He continued to drink at family events and thought drinking was a part of normal life, even as he joined the Army in 2001.

He was a perfectionist and struggled with self-doubt.

He strived for personal perfection, but by 2012, he said he was routinely drinking to the point of blacking out.

Kreitz said he didn’t think it was an issue, because he still had his family, car and career.

In 2012, he was stationed at Fort Leavenworth, Kansas.

“I made a fool of myself at a family event, and at that point, I was like, ‘Wow, I probably should really do something about this,’” Kreitz said.

Kreitz went through the Alcohol and Substance Abuse Program and didn’t drink for three months.

“Now I know that I wasn’t really sober during those three months because sobriety is a state of mind,” Kreitz said.

He soon received an assignment at Fort Bragg and thought he had a handle on the problem but started drinking again.

He created what he described as a work wall, where he didn’t want people at work to see him struggling.

Kreitz said though he concealed what was going on from his chain of command, he got to a point of isolating or needing at least two or three beers before he’d go to social functions or before talking to others.

“I always thought, ‘when am I going to get that next drink,’ just because that was my means for escape,” he said. “I didn’t have any other tools that could help me deal with the stressors of life.”

When he became a battalion commander, he said he created unrealistic expectations for himself and stressed over responsibilities associated with looking out for soldiers and deployments.

“My mind was just centered around alcohol as a solution,” he said. “I wouldn’t allow myself to get help.

Kreitz said he feared that if his chain of command found out about his struggle with alcohol, his security clearance for the Army would be revoked.

Instead, he said, he found support from his chain of command.

When he left the hospital in Colorado in 2018, he spent a week at Evans Army Community Hospital at Fort Carson, Colorado, to get stabilized.

After returning to Fort Bragg, he was sent to the Farley Center in Williamsburg, Virginia, for two months of alcohol treatment.

Another four months were spent at the outpatient behavioral health and through Fort Bragg’s substance abuse treatment program at Womack Army Medical Center.

“Throughout that entire time, I had the chain of command checking in not only on me but checking in on my family,” Kreitz said. “That’s what really helped me get through recovery at that point.”

Kreitz said his unit chaplain and command sergeant major would check on his family, which allowed him to focus on his recovery.

The first step, and admitting he was vulnerable, he said was the hardest.

He previously thought once he entered recovery, it would get harder.

However, he said he found the tools he needed to process his feelings and behavioral health.

He now has a value statement, where he is committed to three balanced promises: taking care of himself, spiritually, physically and mentally; being available for his family; and seeking help from others.

Kreitz said he now makes decisions about asking others for help instead of staying late at work to allow for family time.

Another way he said he’s found recovery is by volunteering to serve others, which he said allows him to find fulfillment instead of being solely fulfilled by work.

“I can do that in uniform and I can do that out of uniform,” he said of the priorities in his value statement.

And, Kreitz said, he is allowing himself to be vulnerable.

“Now if I can help someone else, this vulnerability is worth it,” he said.

Shortly after he completed treatment in Virginia, he spoke to his battalion about his experience.

He said three to four soldiers in the battalion went to their leadership after hearing his story to say they needed help.

Kreitz said he thinks behavioral health and seeking help is an individual responsibility balanced with engaged leaders ensuring soldiers are taken care of.

One of the things he said he’s discussed with his counselor is whether behavioral health should be approached as a routine checkup in which all soldiers speak one-on-one with their providers more frequently.

He said he used to wonder what would happen to his battalion, but he found that it “was still running fine,” after he received treatment.

At the time he received treatment, he was a lieutenant colonel and had since been promoted to a colonel and is currently the director of information warfare for the 1st Special Forces Command.

“What I really want folks to take away from this is that it is possible to get back on track,” Kreitz said.

Fort Bragg soldiers who need help can reach out to Military One Source, call the Suicide Prevention Hotline at 800-273-8255 or call Fort Bragg’s Army Substance Abuse Program at 910-396-5784.