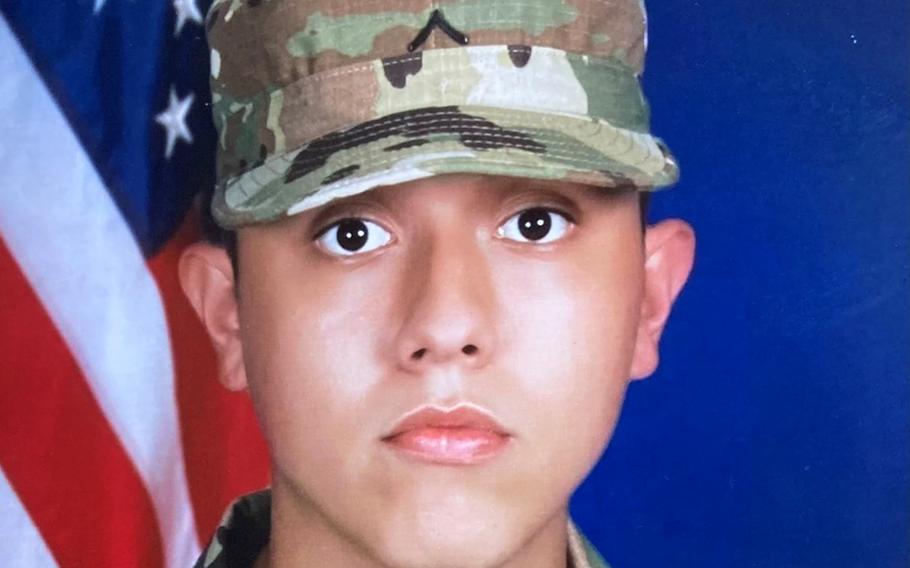 Chrys Carvajal, who was a week shy of his 20th birthday, was shot and killed early July 3, 2021, in Chicago. (Twitter)

Chrys Carvajal, who was a week shy of his 20th birthday, was found just after 1 a.m. on the sidewalk on the Northwest Side with gunshots to the back and abdomen, according to the Chicago Sun-Times.

He was pronounced dead that morning at Illinois Masonic Hospital.

Carvajal was with his girlfriend at house party Friday night, but it’s unclear when he left.

“He knew he was capable of doing, and he just had it in him. He’s a very brave person,” his sister, Jennifer Ramirez, told the Sun-Times.

“My mom has always taught us to do the right things in life and help others, look at others with love and not envy people. ... He just had a positive mindset, loving heart.”

Carvajal planned to become a police officer, his sister said.

“Our hearts go out Private 1st Class Carvajal’s family and friends,” the Illinois National Guard said in a statement. “Although he was new to the military, he took a sacred oath to protect both our state and nation. Our thoughts are with his loved ones after this sudden and terrible loss.”

At least 14 people were killed and at least 74 others wounded in shootings across Chicago between Friday night and Sunday, according to a count by the Sun- Times.