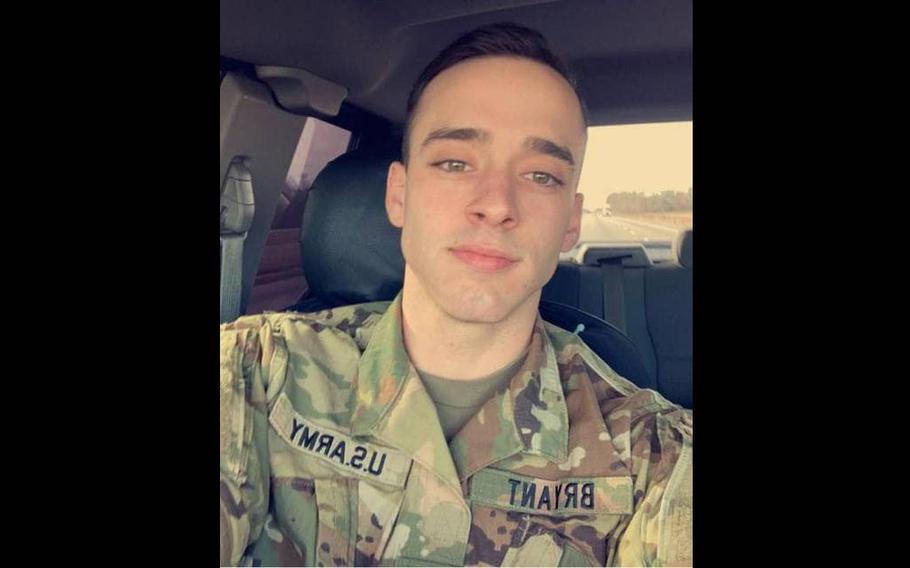 Spc. Jonathan Bryant died while stationed at Fort Bragg on June 27, 2021. His family has not revealed a cause of death. (Bryant family)

“He was a great kid,” said Bryant’s father, Gary Bryant. “He was just so outgoing and had an infectious personality. He was the life the party and everybody wanted to be around him.”

The family has opted not to discuss how Bryant died.

Bryant joined the Army straight out of high school and was planning a career in dental hygiene. Stationed with the 82nd Airborne Division, Bryant was a graduate of the U.S. Army’s paratrooper training school.

“Like most kids do, he wasn’t really thinking about adulthood for awhile,” Gary Bryant said. “I sat down and talked to him as he got closer to adulthood and talked about the service. He talked to the recruiters and decided he wanted to do that. He was so proud.”

Bryant’s remains will be escorted to Bradenton from Tampa International Airport. The procession is due to travel through the city at around 4:15 p.m. on its way to the funeral home.

There is a social media push for people to line the roadways leading to the funeral home to pay tribute to the hometown soldier. However, Tropical Storm Elsa may change those plans and the arrival of Bryant's remains could be delayed.

An additional service is planned for July 10 at Samoset First Baptist Church. Bryant will be escorted to the church at 9:45 a.m. should anyone wish to pay respects along the way.

“He will be missed and loved by everybody,” Gary Bryant said. “I heard a saying the other day that the quality of life far exceeds the quantity. He was incredibly proud of his service.”