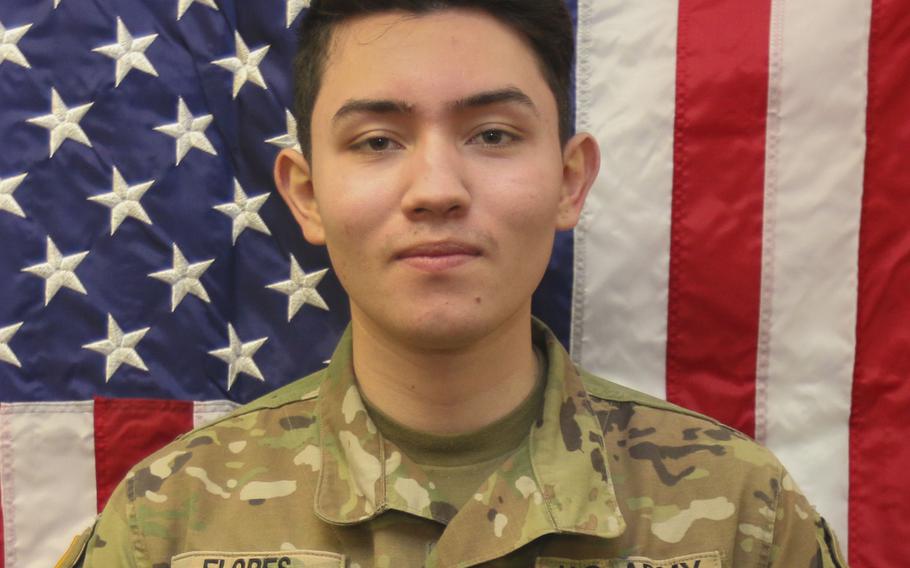 Private First Class Eduardo M. Flores was last seen near San Bernardino, Calif., officials said. He may be with a girl who was recently reported missing from the area. (U.S. Army)

Private First Class Eduardo M. Flores is missing from Fort Drum, where the U.S. Army’s 10th Mountain Division is based, Fort Drum officials announced Tuesday. He was reported missing Friday after the Army discovered he was “not at his place of duty,” said Lt. Col. Josh T. Jacques, Chief of Public Affairs.

“We ask for the public’s help in locating Pfc. Eduardo M. Flores and ensuring his safe return to Fort Drum,” officials said.

Ford Drum officials have asked anyone who has seen Flores to call (315) 774-TIPS.