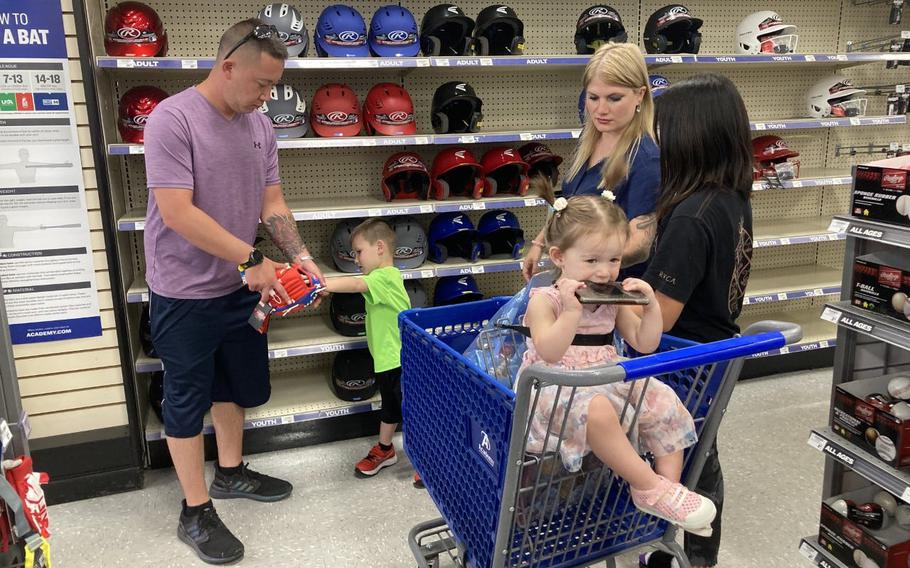 EL PASO, Texas (Tribune News Service) — Two soldiers from Fort Bliss walked into the Academy Sports + Outdoors store on the West Side on Tuesday afternoon and found out they had each won $1,000 shopping sprees for being great dads.

The gift cards were awarded by the sporting goods store at 801 S. Mesa Hills Drive in a partnership with the Fort Bliss Morale, Welfare and Recreation Division. The division invited children to write about why their dads deserved recognition as part of a Father's Day contest.

Perhaps typical of their cool and responsible nature, the two dads — Staff Sgt. Eddie Hernandez and Sgt. 1st Class Kyle Tanchitello — fist pumped when they got the gift cards and then proceeded to shop for their kids and their families.

"I'll probably get some socks. You always need socks in the Army," Hernandez said as he started to push his shopping cart toward the shoe section with his two sons, Jayden, 12, and Julian, 8.

Jayden is the son who nominated his dad for the honor. 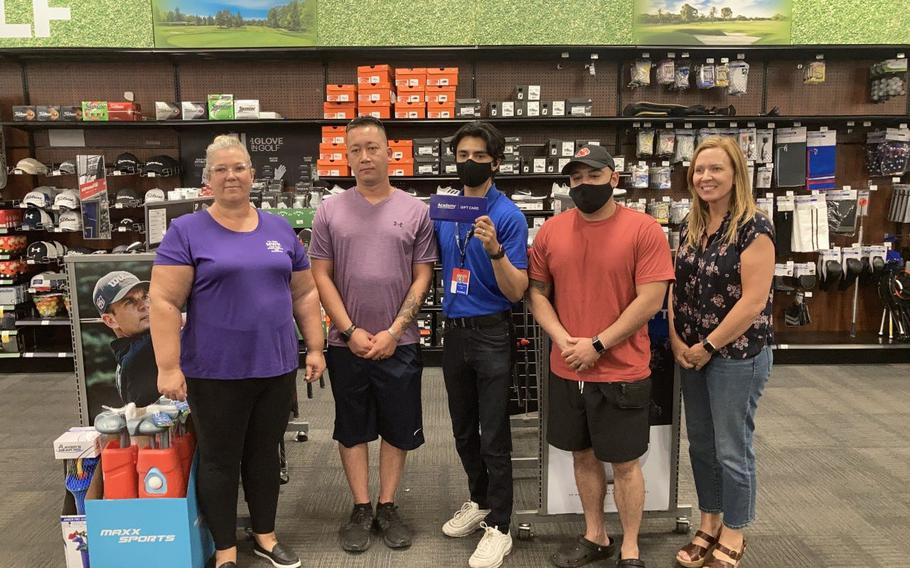 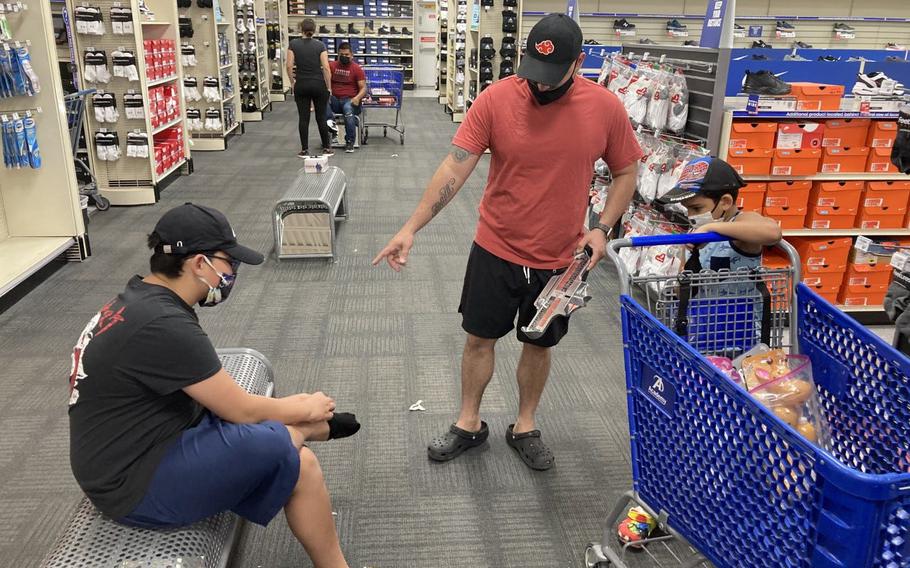 Initially, the dads and their families were told it was going to be $500. But the store doubled it to $1,000 each. The amount didn't faze the dads, but caused a surprising reaction in Jayden.

Hernandez ended up buying each boy a pair of tennis shoes and, sure enough, grabbed a $9.99 package of no-show socks.

Meanwhile, Tanchitello followed his wife Heather and three of their kids as they chose toys, including sports balls and swim goggles for the summer.

"It feels pretty good," Tanchitello said of being nominated by his wife and kids.

"Always, more can be done, but it's recognition that I'm doing something a little bit right; (it) is definitely very appreciated," he said.

Tanchitello said he strives to be involved with the kids, in their sporting events and schoolwork, and showing them right from wrong.

"Just being there is very rewarding," he said.

His wife Heather said she wanted to honor him because they are a blended family with eight kids and he has been a great role model taking care of all the children.

Tanchitello said he probably would look for a shirt for himself but his focus also was getting the kids something to enjoy.

"It's less money I have to spend on toys," he said.