FORT SILL, Okla. (Tribune News Service) — Regulators approved a $60 million plan that could equip Fort Sill with a backup power supply capable of keeping the base operating independently for up to two weeks, but a change in cost recovery amounts has the project in jeopardy.

The plan put forward by the Army and utility about a year ago proposed building a new power facility that would use both natural gas-fired reciprocating engines and solar power. PSO asked regulators for the ability to recover $117.9 million from rate payers to fund the project, but those regulators recently slashed that amount nearly in half, to $60 million.

The reduction is forcing the public utility to reevaluate whether to pursue the project.

Elected members of Oklahoma’s Corporation Commission have said they didn’t object to the utility’s plans to help the base upgrade its abilities to maintain mission readiness during emergency situations, but they did take issue with the estimated cost.

Officials said the final amount reflects what experts who testified in the case stated would be more in line with what those upgrades should cost the utility. The average PSO customer would see a rate increase of less than $1 per month at the reduced amount.

The upgrade would provide PSO with an additional 50 megawatts of capacity to serve all its 562,000 customers, but it could be used under emergency conditions as a way the base could be independently powered for up to 14 days.

This week, Commission Chairman Todd Hiett and Commissioner Dana Murphy signed the order, which does not authorize the recovery of all the costs the utility initially sought.

Commissioner Murphy drafted the order for the commission’s review, noting it incorporated bits and pieces from an administrative law judge’s recommendation and from other proposed orders submitted by interested parties.

“It approves the project ... accepts the solar facilities as proposed ... but it modifies the reciprocal internal combustion engines, as far as costs, and it modifies the rider and sets out more specific terms,” Murphy said.

In previous meetings, Commissioner Anthony (who did not sign the order) argued strenuously commissioners should have approved PSO’s initial request, saying he worried any deviation potentially could put the post on shaky ground during future evaluations by federal leaders on what bases should be closed.

Anthony noted that PSO and the Army worked together to develop the proposal in an effort to create secure, on-site facilities required by a directive issued by the U.S. Defense Department in 2020.

Fort Sill, located about 85 miles southwest of Oklahoma City, is a hub of joint and multinational partnered training that covers almost 94,000 acres, including more than 80,000 acres of training land.

The base is home of the Fires Center of Excellence, which continually and progressively educates, trains, and inspires “Fires” soldiers and leaders and develops requisite capabilities to ensure current and future forces can accomplish their missions.

The post is one of the four locations used for basic combat training by the Army, too.

It has played a significant role in every major American conflict since 1869, data on its website states.

“Time will tell if today’s ‘limited’ approval meets the need,” Anthony stated in a separate opinion he released on the case.

A spokesman for the utility said Thursday the project as originally proposed both met the capacity needs of all PSO customers and helped meet Fort Sill’s resiliency needs.

“We are reviewing the commission’s order and the conditions on cost recovery, particularly conditions placed on the natural gas generation proposal, to evaluate the financial viability of the project,” spokesman Stan Whiteford said Thursday. 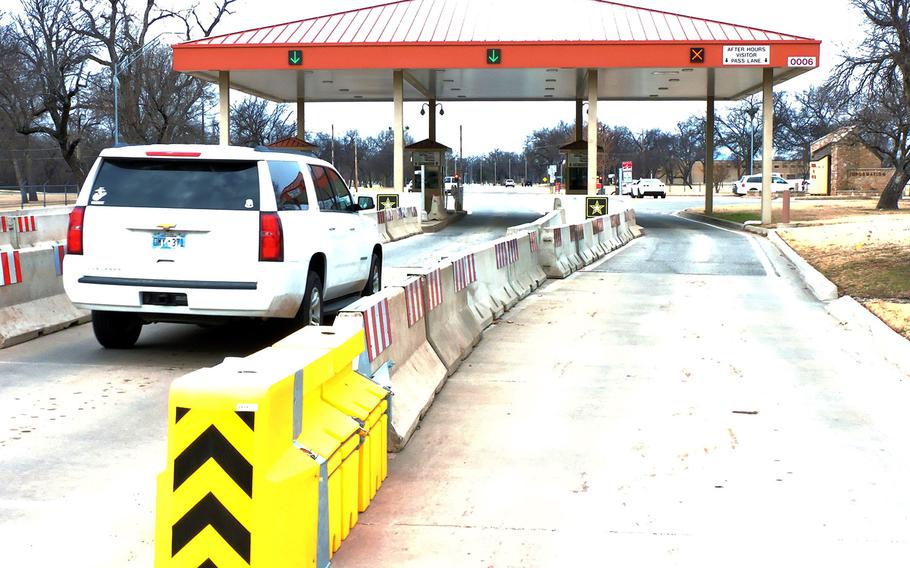