Fort Worth artist and Army Reservist paints murals of Vanessa Guillén, others

FORT WORTH (Tribune News Service) — During the past year, Fort Worth artist Juan Velázquez has painted more than 60 murals in Dallas-Fort Worth.

His work ranges from Mexican icon Frida Kahlo on Magnolia Avenue in Fort Worth, to Dallas Cowboys players Ezekiel Elliott and Dak Prescott in Grand Prairie and Tejano music star Selena on Main Street in Fort Worth.

He's been featured in local publications, has been commissioned by multiple businesses and has had his murals posted all over social media.

But a year ago, he nearly gave up on art as a full-time career.

Now, as his portfolio has grown and his status has increased, Velázquez prepares to expand his footprint outside of the Metroplex while still trying to remain faithful to his Latino and Fort Worth roots.

In the summer of 2020, Velázquez considered his work as a full-time artist a failed experiment. A lover of art since he was a kid, Velázquez took the leap to pursue the passion full-time and had been trying to get into the local art scene for several years.

He struggled to find footing as a more traditional canvas artist, and when COVID-19 put an end to events and art exhibits, his sources of income all dried up.

During that summer, he was preparing to make his way back into a 9 to 5 job, but he wanted to paint a mural to honor a slain U.S. Army soldier who was making headlines.

Himself a member of the Army Reserve, Velázquez felt the need to honor Vanessa Guillén, so in early July he drew a mural in the corner of Hemphill and West Ripy Streets in the Southside.

Guillen, 20, was killed by a fellow soldier April 22, 2020, at Fort Hood in Texas. Before she was killed, she was sexually harassed by another soldier.

The mural earned widespread attention from local media, activists and members of the military alike. While Velázquez simply wanted to honor a fellow soldier, the attention from the mural brought him into the local spotlight.

Murals of all kinds

Last month, Velázquez finished a mural of Cristopher Guardado, a 16-year-old defensive tackle for Garland High School who died in an accidental shooting.

In April, he completed a mural of Benjamin Isaac Castañeda Floran, a 17-year-old North Side High School student and member of the school's mariachi band who was killed by a suspected drunk driver.

In February, he did a mural of Paul and Rosemary Blackwell, two Grand Prairie teachers who died of COVID-19.

Velázquez said it's crucial for him to depict local residents in his work, and said although these murals get less fanfare, the people who cared deeply for these individuals are always extremely thankful and emotional.

Velázquez said he's motivated to give the Latino community figures that look like them that they can look up to.

Velázquez said he was insistent for a while on painting murals only in the Dallas-Fort Worth area. He said he felt a sense of pride about continuing to work locally.

But after a certain point, Velázquez realized he was running out of space in the area to continue to make murals, so he sees the need to expand out to other cities.

He plans to see his work out of state in the next year, and has also started receiving commission work for more traditional canvas painting.

But Velázquez insists that no matter where his murals take him, he will always represent Fort Worth and his Hispanic heritage. 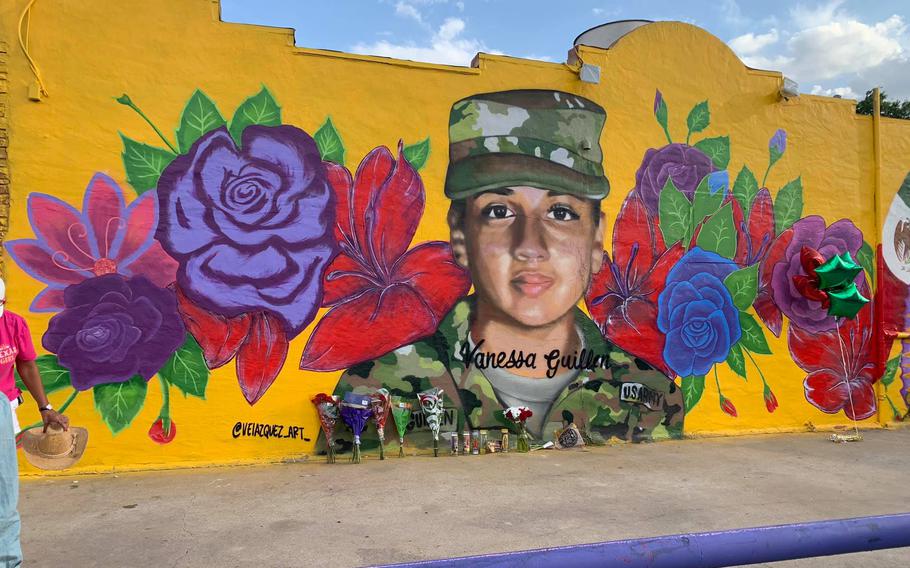