"There are two important milestones to recognize here," said Dr. Candace Coyle, BGCAPP site project manager in the release. "This marks not only the completion of the second of five destruction campaigns in Kentucky, but also the destruction of all projectiles containing nerve agent in the U.S. chemical weapons stockpile."

With the completion of the VX 155mm projectile campaign, BGCAPP teams will now focus on completing destruction of mustard-filled projectiles and preparing for destruction of nerve agent-filled rockets.

Destruction operations of the VX 155mm projectiles began at the Blue Grass Army Depot (BGAD) Jan. 10, 2021. Under the observation of trained operators, automated equipment disassembled nearly 13,000 munitions and drained the chemical agent. The agent was neutralized by mixing it with water and caustic to produce hydrolysate. After the agent was confirmed destroyed, the hydrolysate was pumped to holding tanks to be processed later at an off-site disposal facility. Remaining metal parts from the munitions were decontaminated and recycled.

Throughout the campaign, BGCAPP personnel coordinated with the Blue Grass Chemical Activity (BGCA) personnel on transport of the projectiles from storage igloos on the depot to the plant. Part of the organization's mission is the safe and secure storage of the chemical weapons stockpile.

"The partnership between BGCA's experienced chemical operations personnel and BGCAPP keeps things running smoothly," said Lt. Col. Ed Williams, BGCA commander. "BGCA is proud to be a part of this milestone, and we look forward to supporting the next phase of destruction."

"For the first time since the early days of our involvement in the Vietnam War, we can all proudly say that chemical weapon nerve agent projectiles now no longer exist, not only in central Kentucky, but in the entire United States," he said.

In June 2019, the BGCAPP team began destroying the mustard stockpile using the Static Detonation Chamber, an explosive destruction technology. The mustard campaign is more than 85% complete. From January through May 2020, nearly 4,000 8-inch projectiles containing GB nerve agent were destroyed at BGCAPP.

As of May 21, more than 27% of the original 523 tons of chemical agent have been destroyed in Kentucky.

"The truly important accomplishment here is that the work was done safely," said Michael S. Abaie, program executive officer for the Assembled Chemical Weapons Alternatives program. "Your friends and neighbors are the ones getting this job done on behalf of the United States and are critical to this mission. The entire Blue Grass workforce is to be commended for reaching this goal."

"I am very thankful for the dedicated staff at the Blue Grass Army Depot," said Reagan Taylor, judge-executive, Madison County, Kentucky. "Hitting another milestone in this process is an example of the hard work it took to complete this phase of the mission. I am grateful for the high priority the depot takes in keeping Madison County safe. I'm confident this hard work and determination will continue to the next milestone of destroying these chemical weapons." 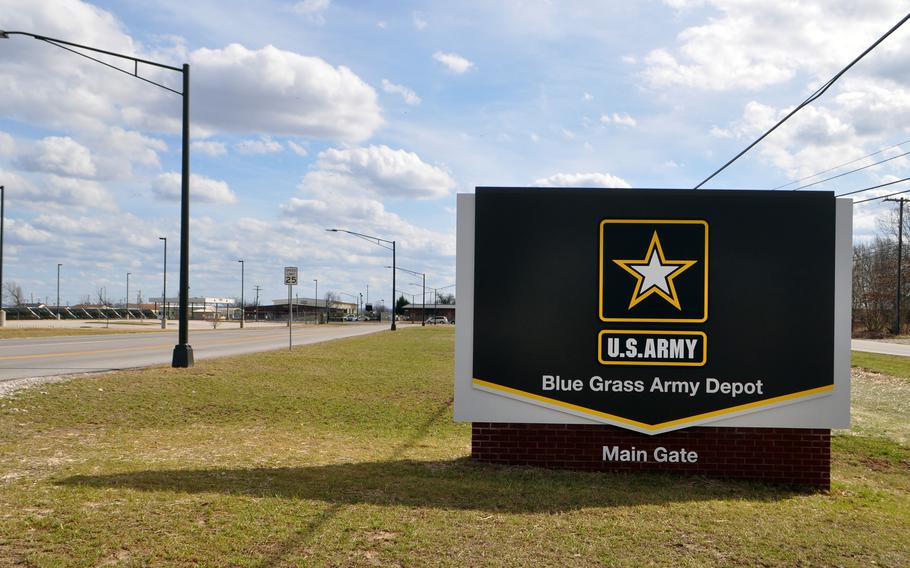