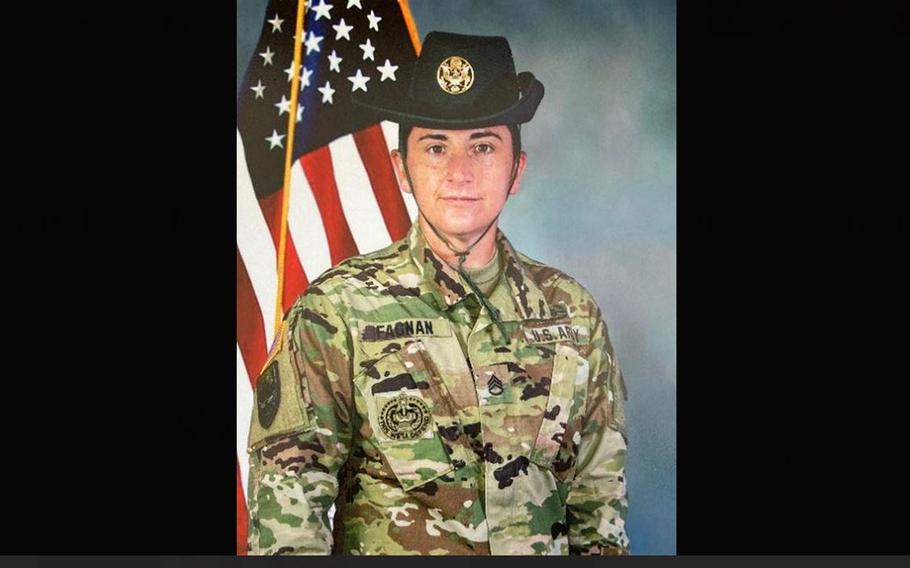 And she credits her hometown of Aberdeen.

Fagnan grew up in town and graduated from Roncalli High School when she was Erin Dreis. From there, she attended Northern State University where she pursued a bachelor of science in both chemistry and environmental sciences.

“ Aberdeen really fostered (me). I’m just thankful to the Aberdeen community because I wouldn’t be where I am today had I not been raised in a community and family like Aberdeen,” Fagnan said. “(Roncalli) instilled all the values that I carry with me.

“Had I not had such amazing professors at Northern who loved what they did and the science, they just made me also love science (as did) my science teachers in high school,” Fagnan added.

“What’s unique to Aberdeen is it’s really a community that can foster raising up its children to become whatever they desire to become.”

After graduating with a double major from Northern, Fagnan headed west to South Dakota School of Mines and Technology in Rapid City for her master’s of science in civil/environmental engineering.

From there, she joined the National Guard, missing her commencement at Mines. That was 11 years ago when she was 26.

“I really realized a call to do something bigger than myself and to serve my country. And there was a lot of discernment in that because it was post-9/11, and the National Guard post-9/11 is continually used more and more in deployments, and so I knew that was a very real possibility,” she said. “It wasn’t taken lightly, (it) certainly wasn’t a decision I made overnight.”

From May 2011 through May 2012, Fagnan was deployed with the 200th Engineer Co. in support of Operation Enduring Freedom.

During Fagnan’s deployment, she was part of a bridging company that built and took down bridges, depending on needs.

“Overall, it’s life-changing in a way ... the relationships that you build and the camaraderie that you have with your unit,” she said. “That’s probably the only time in life that you’ll ever experience that brotherhood and sisterhood with people who are not actually your blood brothers and blood sisters because you just get to be so close, and you know you would do anything for your battle buddies.”

Fagnan’s promotion to drill sergeant on April 10 was 11 years in the making, but it wasn’t something that she initially thought of when she joined the Guard.

“I still look up to many of my drill sergeants that I had when I was in basic combat training. When I was in basic combat training myself I thought, ‘Man, that would be really cool to be a drill sergeant someday,’” Fagnan said. “That role is the ultimate teacher and ultimate mentor, and so I wanted to be able to have that influence in that mentoring ability and others and be able to make that positive impact on them in their military journey.”

It wasn’t until the past few years that she realized the dream could be a reality. A position for a drill sergeant with the Recruit Sustainment Program opened up, and Fagnan applied in August.

“I’ll tell you what, it’s been 11 years building up to that. There were other qualified applicants that had applied to that position that I applied for and ultimately was selected for, and that selection is based off of your entire military career leading up to that point in time,” she said.

To become a drill sergeant in the South Dakota National Guard, there’s 7½ weeks at an academy. Fagnan spent 5½ of those weeks at Fort Jackson in South Carolina. She graduated there with honors from the U.S. Army Drill Sergeant Academy. She was in the top 10 of the class of 107 students.

Fagnan wears hats besides the one she dons as a drill instructor.

She has completed the John Maxwell Team Leadership, Coaching, Speaking and Training Development Program; she a U.S. Army Level 1 master resilience trainer; and she owns her own business, Powerfully Equipped LLC, where she uses her military and civic sense of duty at speaking events.

Before earning the title drill sergeant, Fagnan didn’t realize that she would be making history.

“I wasn’t trying to seek that attention out, but because that is the reality ... I would want to say that anybody can do anything. Don’t ever let other people’s expectations of you ... determine what you can do with your life.”

Fagnan has also climbed the professional ladder from “Engineer 1” to “Engineer 3” with the South Dakota Department of Agriculture and Natural Resources’ Drinking Water Program in Rapid City where she now lives. She has been with the department since 2010 and also serves as the statewide rule manager for the Safe Drinking Water Act’s Lead and Copper Rule, according to a news release from the National Guard.