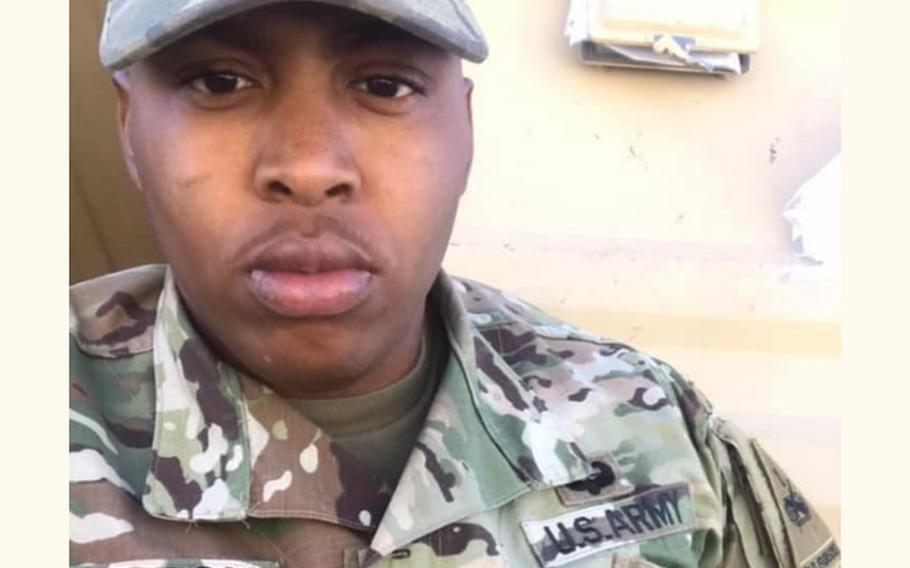 Sgt. Tavarius Hampton, who was stationed at Fort Campbell, was shot and killed during an incident in Birmingham, Ala. on May 17, 2021. (Family photo)

BIRMINGHAM, Ala. (Tribune News Service) — A man shot to death last week in South East Lake fired first so no criminal charges will be filed in his slaying, authorities said.

Birmingham police Tuesday said they presented the findings of their investigation to the Jefferson County District Attorney’s Office, which deemed the fatal shooting of 25-year-old Tavarius Hampton justifiable.

The shooting happened at 12:27 p.m. Monday, May 17. Officers arrived to find Hampton critically injured and asked for a rush on the medics. Hampton was taken to the hospital where he was later pronounced dead.

Mauldin said the investigation showed Hampton was seen leaving a bag on the porch of a residence when he was approached by the occupants of the home. Police have not said what was in the bag.

“It is reported both men approached the subject and gunfire was exchanged, fatally wounding the subject,’’ Mauldin said. “Both suspects were detained and questioned by detectives.”

Hampton was U.S. Army sergeant stationed at Fort Campbell in Kentucky, but his family lives in Birmingham. On the morning following Hampton’s death, before authorities had released his identity, his family had posted on Facebook that he had been missing since Sunday.

He was the father of two children, ages 1 and 2. Those closest to him described him as a great husband, a great father, a hard worker and a provider who took care of everyone around him. They don’t understand what happened that day.

Of Birmingham’s 47 homicides this year, four have now been ruled justifiable and therefore aren’t deemed criminal.