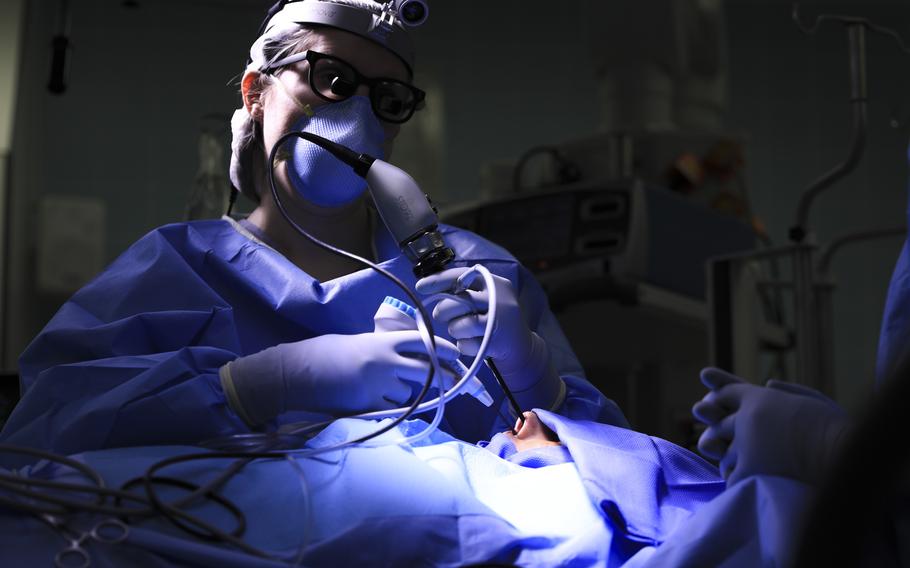 The U.S. Army’s largest hospital overseas is offering a procedure new to Germany that’s been shown to help allergy sufferers and others with chronic rhinitis, officials said.

Doctors at Landstuhl Regional Medical Center last month began performing intranasal cryotherapy, a technique that uses extreme cold to freeze and disrupt inflamed nerve endings in the back of the nose associated with rhinitis, or allergy-like symptoms that last more than a month.

The procedure has been available for about two years in the United States. But it only gained approval in Germany late last year. The coronavirus pandemic underscored the urgent need to help those suffering with allergies and allergy-like symptoms, said Army Lt. Col. Jessica Peck, a facial plastic surgeon and chief of LRMC’s ear, nose and throat clinic.

“If you have a chronically runny nose, it’s difficult to wear a mask,” Peck said.

Rhinitis can be caused by an allergy to substances like pollen or triggered by something in the environment, like dust or weather changes.

“The nerve is kind of always overreactive and overstimulated,” she said.

The condition can worsen in spring and summer in Germany, where about 20% of adults suffer from seasonal allergies, Peck said.

The cryotherapy procedure is recommended for patients who have post-nasal drip, congestion, nasal itching and other symptoms of rhinitis that last more than a month, she said, and where medication has been insufficient or ineffective. It can help patients reduce their medication and become more physically tolerant of their environment. 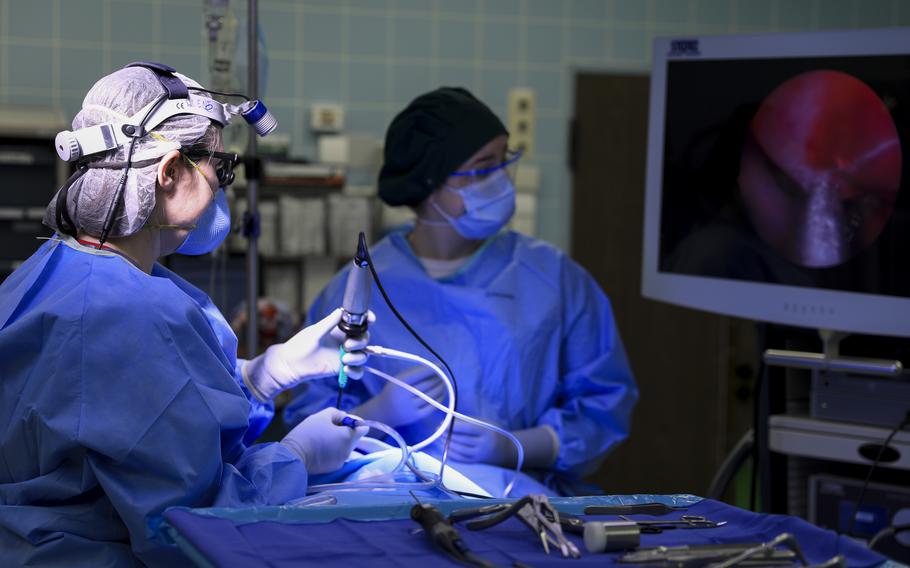 Using an endoscope with a camera, doctors guide a handheld device with a long probe inside the nasal cavity, said Dr. Christopher Tonn, an Air Force major.

Tonn and Peck introduced the procedure to LRMC and helped train a German doctor who is teaching others. They have at least six procedures scheduled at LRMC in the next month.

The probe cools the target tissue with liquid nitrogen, a process that takes about 30 seconds and is repeated in the other nostril, Tonn said.

The procedure is covered by Tricare and is available by referral to U.S. military personnel and adult family members.

“Because we move around so much in the military … you find that there are things you are allergic to that you weren’t at your last duty station. That can make it frustrating to keep your symptoms under control as you move,” Peck said.

Not being able to breathe through the nose can restrict physical activity, impair sleep and affect job performance, she said.

Diana Bryant, an LRMC nurse and spouse of an Air Force retiree, has been on medication for more than 20 years to treat nonallergic sinus problems.

Bryant, 56, was Germany’s and the hospital’s first patient to undergo the procedure last month.

“I immediately felt like I could breathe better,” she said.

Bryant said her only side effect was a headache that lasted four or five days. She no longer needs a daily nasal spray, her post-nasal drip is almost gone and she’s sleeping better, she said.