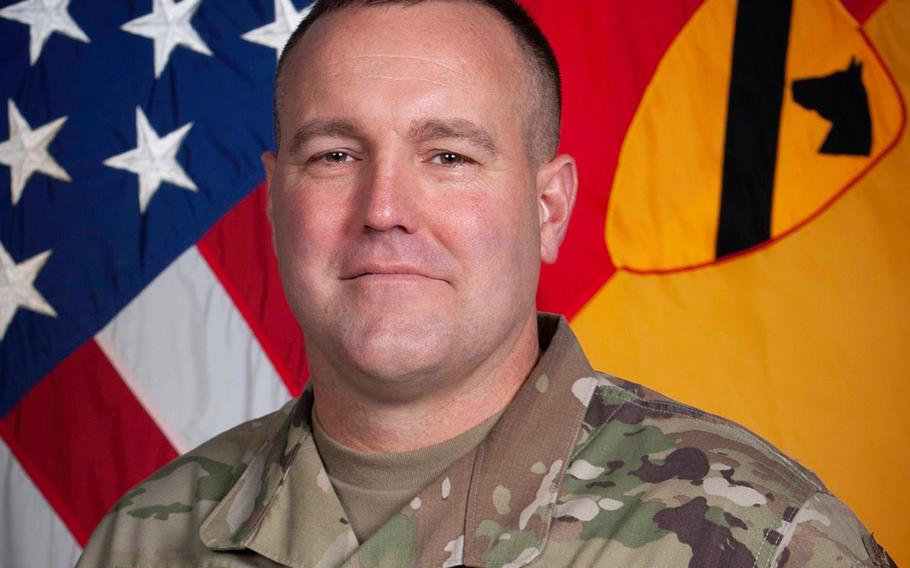 Col. Michael Schoenfeldt, who commanded the 1st Brigade Combat Team, 1st Cavalry Division, has been relieved of duty for bullying subordinate officers, resulting in “a loss of trust and confidence” in his ability to lead, the 1st Cavalry Division said in a statement. (U.S. Army)

STUTTGART, Germany — A Fort Hood-based brigade commander was relieved of duty Thursday for bullying subordinate officers, resulting in “a loss of trust and confidence” in his ability to lead, the 1st Cavalry Division said in a statement.

“The troopers of the … brigade deserve the best leadership the Army can provide. … The relief was based on poor judgment demonstrated by Col. Schoenfeldt while in command,” the 1st Cavalry Division said.

Schoenfeldt was leading his brigade on a nine-month rotation in Europe before he departed the Continent in February for unspecified health reasons. The investigation into his leadership style resulted in “several adverse findings” related to bullying of his staff, the division said.

Schoenfeldt also faced allegations that he used racially insensitive nicknames for some soldiers. However, allegations of “racism and maltreatment were unfounded,” the division said.

Schoenfeldt’s firing is the latest in a string of problems connected to units based out of Fort Hood, Texas, where the killing of Spc. Vanessa Guillen last year sparked an independent investigation that found a pervasive climate of abuse and sexual harassment. More than a dozen Army senior leaders have been fired since then.

Soldiers in the 1st Armored Brigade, which began arriving in Germany in November, told Stars and Stripes earlier this month that a toxic climate in the unit persisted well after the Fort Hood report findings.

“This is the worst I’ve been treated. That’s the bottom line,” one brigade officer said under the condition of anonymity for fear of retaliation. “I’ve dealt with some hard leaders before, but this was toxic through and through.”