American ‘irritation’ over taxing of US troops must be dealt with, Germany’s top diplomat says 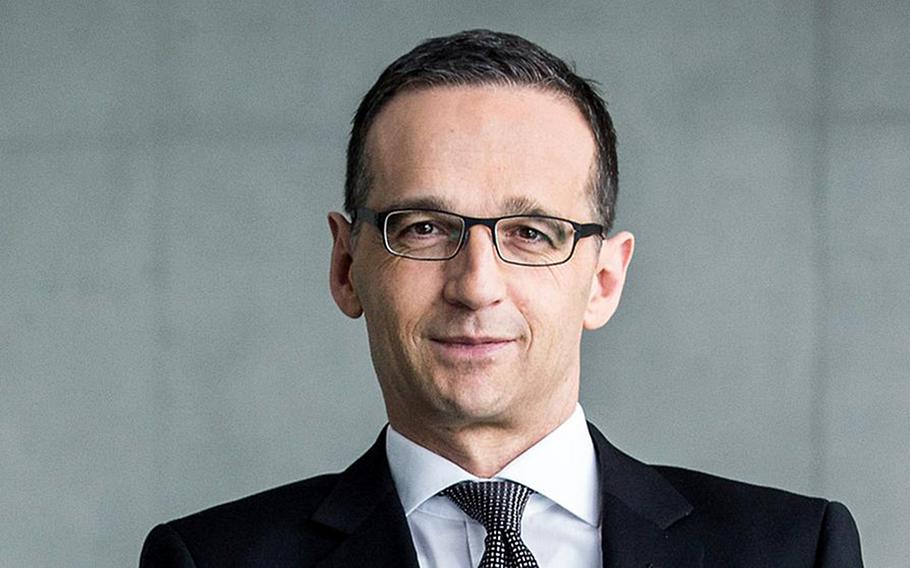 Editors' note: This story was originally published on March 9, 2021.

STUTTGART, Germany — Germany’s future as a hub for U.S. troops “will not come to fruition” unless local tax offices cease efforts to collect income tax from American military personnel in the country, Germany’s top diplomat said.

“I share your concern that the great advantages and location factors of the Federal Republic of Germany as a stationing location will not come to fruition as long as this practice (of double taxation) leads to irritation on the American side,” Foreign Minister Heiko Maas said in a recent statement to a German lawmaker.

Maas said he has become personally involved in the matter and that he will  “stand up for a solution in this important question.”

Maas’ statement, sent to German parliamentarian Anita Schaefer in a March 1 letter, means a problem that has affected hundreds of troops and military civilians is now being addressed at the highest levels of German government.

Maas’ comments also come as President Joe Biden considers whether to proceed with the Trump administration’s plan for a large troop withdrawal from Germany.

Mass said maintaining good relations with the U.S. is a top priority and that he was “pleased that the originally planned reduction of the troop presence in Germany by the new U.S. administration under President Joe Biden is halted until further notice.”

In December, Washington lodged a formal complaint with Berlin over attempts by local German finance offices to impose tax penalties, which has caused financial ruin for some affected U.S. personnel.

“While we do not publicly discuss the content of diplomatic conversations, the Embassy has made clear our concerns and is working to resolve the issue with our German partners. We take the issue with the utmost seriousness,” Joseph Giordono-Scholz, spokesman for the U.S. embassy in Berlin, said Monday.

German tax authorities, especially those in the greater Kaiserslautern area, where tens of thousands of U.S. personnel are based, have claimed that income tax exemptions spelled out in the SOFA treaty are void if a military member has motivations for being in Germany beyond just their job.

Those offices have built hundreds of tax liability cases against service members, civilians and contractors around circumstances such as being married to a German, extending tours, owning property or sending children to German schools. Tax bills have reached into six figures for some personnel.

Germany is the only known country where U.S. troops are at risk of being taxed on their income. Such a situation is unheard of in other allied states with U.S. bases, including Japan, South Korea, the United Kingdom, Italy and Spain, according to military officials who oversee SOFA issues in those countries.

The situation came to the attention of Schaefer, the German parliamentarian, after Stars and Stripes highlighted the difficulties faced by military families being threatened by tax collectors.

Schaefer, who represents a region in the state of Rheinland Pfalz that has a long history of U.S. military ties, has raised objections about the situation in Berlin. She says she is hopeful that a resolution to the problem will soon be worked out.

“A solution will have to be found that ends double taxation without embarrassing the federal states concerned and their tax authorities,” Schaefer said in a statement to Stars and Stripes. “There is also the question of repayments should the practice of double taxation be declared null and void. The federal states will have to be included as responsible political entities.”

For now, the tax dispute is  a “great burden on German-American coexistence in our homeland,” she said.