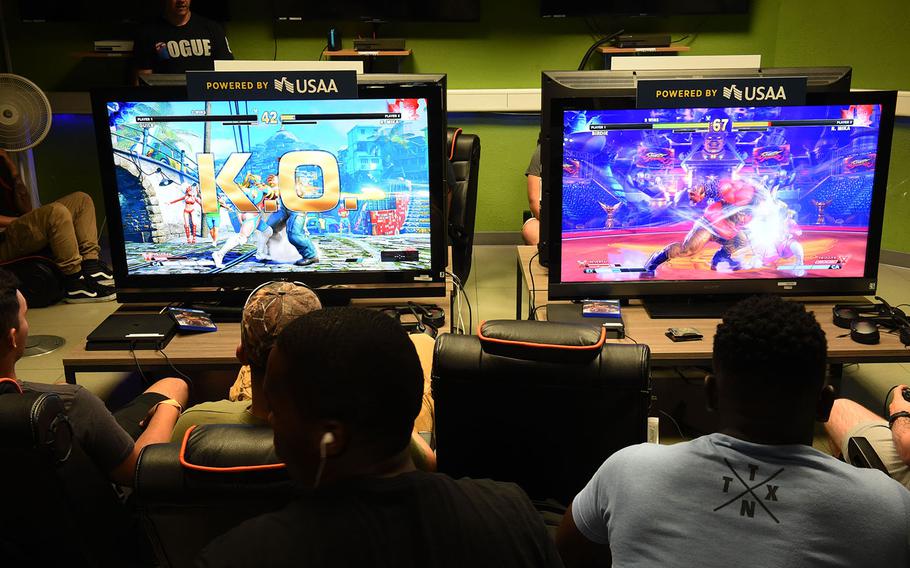 The Army is putting together a team of video gamers from within its ranks to try to reach young Americans in the digital worlds where they spend much of their time.

More than 15 years after launching “America’s Army,” a first-person shooter game aimed at enlisting real world soldiers, the Army is calling for active duty troops and reservists to compete in video gaming tournaments, or esports, in one of its latest recruiting efforts.

The move follows the Army’s failure this year, for the first time in more than a decade, to meet the fiscal year target for bringing in new soldiers as it seeks to expand its ranks to more than 500,000 in the next four years.

The Army is also creating a “functional fitness” team to compete in CrossFit athletic events and is reportedly looking to spruce up recruiting efforts with more bonuses, more recruiters, better furniture and a new slogan to replace “Army Strong.” 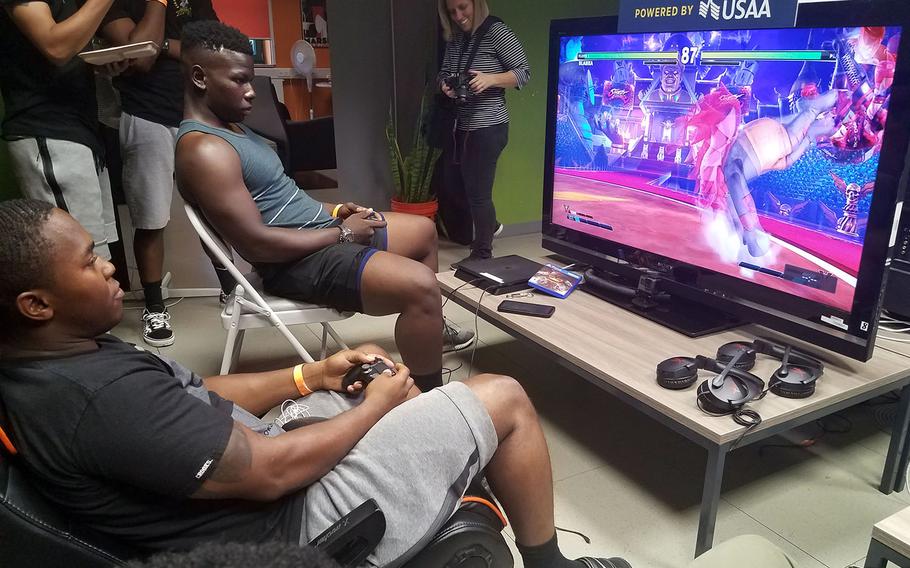 Sgt. Kalyntae Williams, top, and Sgt. Deveon Landfair, soldiers with the Army's Second Cavalry Regiment, play the final round of Street Fighter V, at the E-game tournament at Grafenwoehr, Germany, Saturday, July 28, 2018. Williams beat Landfair, and will now be traveling to Seattle to compete in the PAX West Gaming Convention. (Martin Egnash/Stars and Stripes)

The service plans to hold tryouts for a variety of electronic games, said Staff Sgt. Ryan Meaux, an Army recruiter, in a Facebook video on Wednesday.

Officials had highlighted the team on social media late last week, after a Twitter account was created in its name, and are expected to answer questions about it in an “Ask Me Anything” session on the social media platform Reddit on Friday at 6 p.m. Central time.

Webpages would soon be set up with details about joining the esports and fitness teams, but “the content is still in the works,” said Army Recruiting Command spokeswoman Kelli Bland, in an email late Thursday.

Members of the teams will be part of the Army’s Marketing and Engagement Team based at Fort Knox, Ky., and will operate much like the Golden Knights parachute team and Army Marksmanship Unit, traveling to various events and competing for the Army, Bland said. The Army will cover the cost of any certifications, competitions and other requirements, she said.

“They will be in a support role to help young people see soldiers in a different light and understand the many different roles people can have in the Army (and) help the Army address the growing disconnect with society,” she said.

Soldiers want to represent the Army in competitive gaming and believe it will help connect with young people, she said, and the initiative is aimed at making soldiers more visible and relatable. Esports team members will also beta test Army apps and training and simulation software used to demonstrate Army technology, she said.

Maj. Gen. Frank Muth, head of the recruiting command, told The Associated Press in September about plans to send recruiters to esports contests and CrossFit competitions. At the time, Army officials said they were about 6,500 recruits short of a 76,500 target for the fiscal year that ended that month. 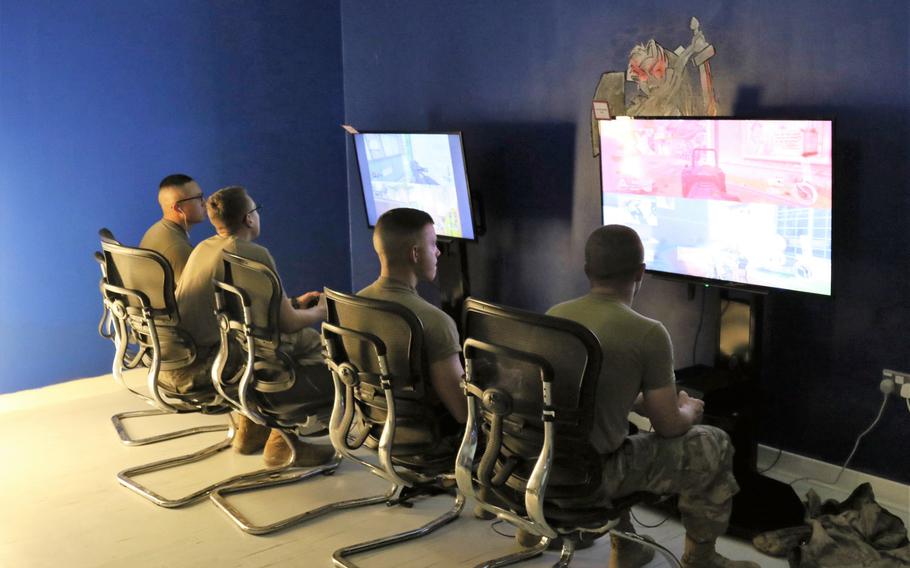 The Army is competing with low unemployment rates and faces a shrinking pool of 17- to 24-year-old Americans who can meet the military’s entry requirements — about two-thirds are ineligible due to things like poor physical fitness or drug use.

Prospects are also resistant to traditional recruiting techniques, such as phone calls, Muth said. They want to meet first “in some type of digital format.”

Video games could offer the perfect venue, said Travis Williams, an Army reservist who is chief executive and co-founder of the Military Gaming League, an esports organization exclusively for servicemembers and veterans, which launched in March and has added 100 members a month since then.

“That’s where the younger generations are at,” Williams said. “It’s natural.”

This summer, a market research firm estimated more than 23 million Americans — mostly young men — participate in the booming esports industry, which has packed arenas and doled out prizes in the millions of dollars. Based on demographics, Williams estimates there could be about 1 million servicemembers and veterans already involved in esports.

The Military Gaming League has worked with the Army on its esports effort and helped sponsor a qualifier in a Street Fighter V video game championship, which was hosted by the Army Installation Management Command at Joint Base Lewis-McChord, Wash., earlier this year.

The Air Force has also sought to make inroads in the digital gaming world, partnering this summer with an esports team to host events and sponsor a web series. But the Army may be the first service to launch its own “all-Army” esports team, Williams said.

He hopes other services follow suit, perhaps leading to a digital version of armed forces athletic programs, which date to the late 1940s and allow servicemembers to compete in sporting events such as the Olympics and Pan-American Games.

“It’s going to catch fire,” he said of the Army initiative. “It’s bigger than people think.”

For now, soldiers interested in joining the esports team can apply via an online form, and will be contacted with details about tryouts and tournaments via email, Meaux said on Facebook.

Civilians, National Guard members not on active guard orders and members of other branches are not eligible to join.

The team’s first competition is already scheduled — a Tekken tournament on Dec. 8 — Meaux said in his Facebook video.

“The winner will represent the Army at PAX South in San Antonio,” he said, referring to one of a series of gaming conventions held in cities throughout the United States, slated for Jan. 18-20.

Later, in a video with Staff Sgt. Astin Muse, also known as Amuse on her popular Facebook page, Meaux described additional details about the team, including the Army’s plans to build two 18-wheeler trailers to be hauled to college campuses around the country.

College-level esports teams would be invited into the trailers to compete remotely against the Army’s esports team, which would be “at Fort Knox beating on them,” Meaux said.