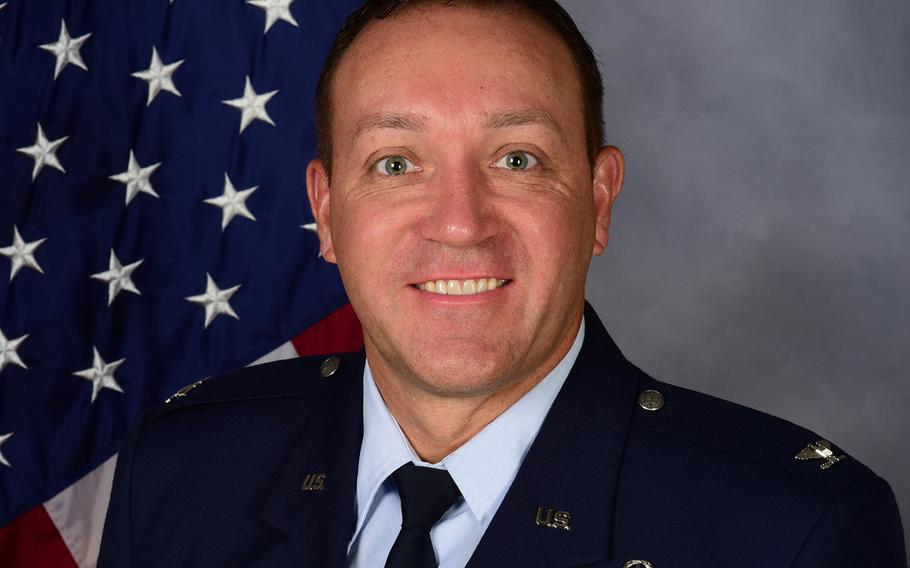 Col. Derek Stuart was removed from command of 14th Operations Group at Columbus Air Force Base, Miss., due to a loss of trust and confidence in his ability to command. (U.S. Air Force)

GRAFENWOEHR, Germany — An Air Force colonel in charge of undergraduate pilot training at Columbus Air Base in Mississippi was relieved of his duties last week, a spokeswoman for Air Education and Training Command said.

“Maj. Gen. Craig Wills, 19th Air Force commander, removed Col. Derek Stuart, 14th Operations Group commander, from his position Jan. 2, 2020, due to a loss of trust and confidence in his ability to command,” said Marilyn Holliday, a spokeswoman with AETC. She did not provide any further details.

Stuart had been at Columbus AFB, Mississippi, since the fall of 2018, Holliday said.

In addition to training more than 400 U.S. Air Force and international officers each year at Columbus, the group directs tactical training for Afghan pilots and maintenance members at Moody AFB, Ga., and oversees an air traffic control complex with over 300,000 aircraft movements annually.

He was previously assigned as an element commander for the Air Force in Naples, Italy, and was an operational military planner and the commander of the 733rd Air Mobility Squadron in Japan.