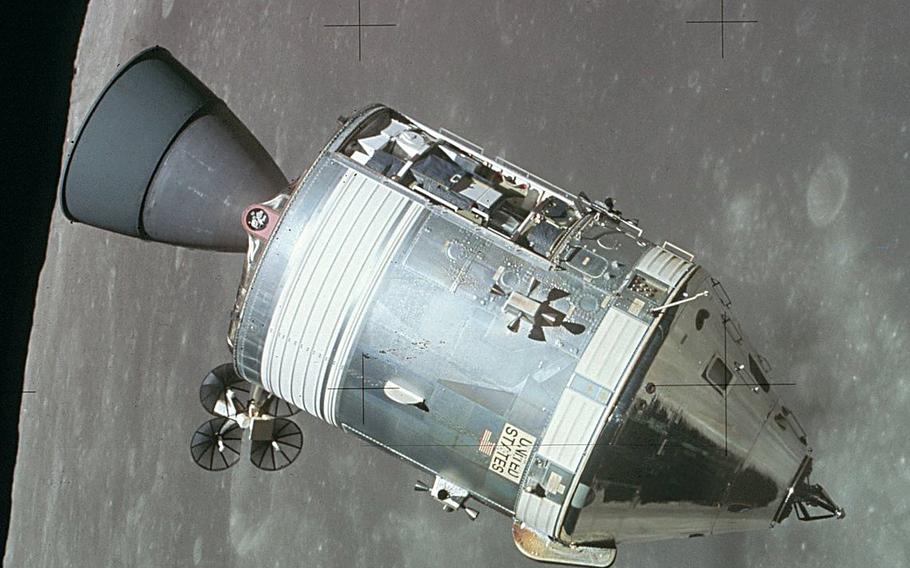 More than 300 acres of land on Molokai once used by the federal government to support Apollo space missions have been returned to the state after a years-long decommissioning. (NASA)

(Tribune News Service) — More than 300 acres of land on Molokai once used by the federal government to support Apollo space missions have been returned to the state after a years-long decommissioning.

More than 300 acres of land on Molokai once used by the federal government to support Apollo space missions have been returned to the state after a years-long decommissioning.

The 363-acre parcel, owned by the state Department of Hawaiian Home Lands and long leased to the U.S. Air Force, is expected to be made available to DHHL beneficiaries, most likely for ranching and possibly farming.

Green described the deal as a relatively rare instance of the federal government relinquishing use of state land.

“How long has it been since land was given back ? It’s not very darn frequent, “ he said.

The lease for the parcel in Hoolehua dates back to the 1960s when the Federal Aviation Administration used it for telecommunications facilities supporting the then-new Apollo missions. It later shifted to the Air Force in 1981 for high-frequency radio communications, according to Air Force Col. Michal Holliday, an installation and mission support commander at Joint Base Pearl Harbor-Hickam.

Holliday said the Air Force determined in 2017 that it no longer needed the facility, and since then extensive work to remove facilities and clean up the site has been carried out under at least one extension of the lease that expired at the end of 2022.

U.S. Marine Corps Maj. Gen. Mark Hashimoto, mobilization assistant to the commander of U.S. Indo-Pacific Command directing all military operations in the region, said the military completed “an exhaustive and comprehensive cleanup “ of the parcel with the approval of the state Department of Health and DHHL.

He also said the Department of Defense is grateful for the use of the parcel.

“Mahalo to the people of Hawaii, and a special mahalo to the people of Molokai, “ he said during the announcement event. Ikaika Anderson, DHHL’s recently appointed director under the Green administration, which began in December, said he is thankful to receive the parcel back on behalf of the agency’s beneficiaries.

“We are honored to have it back in our inventory again, “ he said.

State Sen. Lynn DeCoite, a Molokai resident and farmer, said the parcel is ideal for grazing cattle and can support feedstock even during droughts.

“It provides us with opportunity, “ said DeCoite (D, East and Upcountry Maui-Molokai-Lanai ). “It (enables Native Hawaiians ) to meet the vision of Kuhio to rehabilitate our Native Hawaiians.”

Prince Jonah Kuhio Ka ­lanianaole is considered the author of the Hawaiian Homes program, and as Hawaii’s then-nonvoting delegate helped Congress enact the program in 1921 to return Hawaiians to their ancestral lands.

In 1959 the state took over the program that affords beneficiaries, who must be at least 50 % Hawaiian, opportunities to receive 99-year land leases for $1 a year. Leases can be residential, agricultural or pastoral.

Beneficiaries pay for their own homes, but it is difficult to obtain land leases. About 28, 700 applicants are on a waitlist for homesteads.

On Molokai, DHHL owns about 26, 000 acres of land. About 19, 000 acres are for agricultural or pastoral use, with only 742 acres for residential homesteads including future development, according to the agency’s most recent island plan.

According to DHHL’s most recent annual report from 2021, the agency has 837 homestead leases on Molokai, of which 418 are agricultural, 392 are for residences and 27 are pastoral.

From 2005 to 2021, DHHL added only four homestead leases on Molokai, though the agency had a goal to develop and deliver at least 400 residential homesteads on the island by 2025, or an average of 20 lots per year.

The agency, which owns about 203, 000 acres statewide, has been hampered by relatively meager funding from the Legislature and high infrastructure costs to develop its land, which is often outside urban areas. In 2022 lawmakers appropriated a historic $600 million for DHHL to serve more beneficiaries, largely with expanded homestead development.

The agency’s plan to spend the $600 million includes two projects on Molokai—20 residential lots and a 16-lot agricultural subdivision—projected to cost $9.5 million.

Anderson said beneficiaries on Molokai will be consulted before deciding how to make the 363-acre parcel available for their use. A timetable for issuing leases has yet to be determined. (c)2023 The Honolulu Star-Advertiser