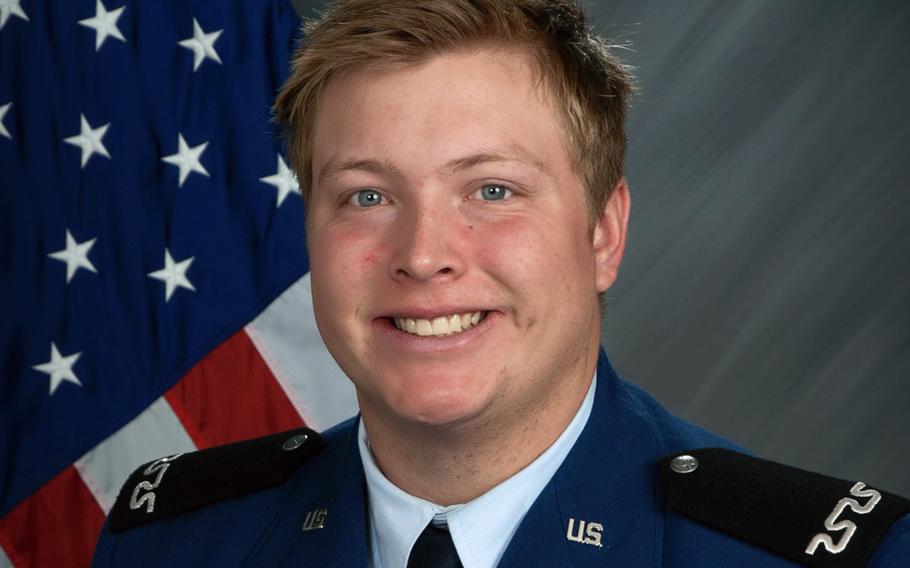 An Air Force Academy cadet who played on the offensive line for the Falcons’ football team died on his way to class Monday after suffering a “medical emergency,” according to the academy.

A cause of death has not been announced for Hunter Brown, 21, of Lake Charles, La.

“Academy first responders were immediately called and attempted life saving measures which were ultimately unsuccessful,” the academy said in a statement Tuesday.

“The entire U.S. Air Force Academy mourns his loss, and our hearts and condolences are with his family, his squadron, and all who were touched by this incredible young man,” Clark said in the statement.

Brown, who majored in management and minored in French, was a member of teams that notched back-to-back 10-win seasons, the academy said. Head coach Troy Calhoun call him “a pure joy” to have on the Falcons.

“He was tough, a great worker, and no one unselfishly pulled harder for others than Hunter,” Troy said in the statement.

Brown, who signed with Air Force out of Lake Charles’ Barbe High School in 2019, called being in the military “a dream come true.”

“It’s something I’ve wanted to do my whole life,” he told KPLC TV after signing. “I’m ready to just put it all on the field at the highest level.”

The Air Force Office of Special Investigations and the El Paso County Sheriff’s Office are investigating the death, standard protocol for any military member or on-base death, the academy’s statement said.