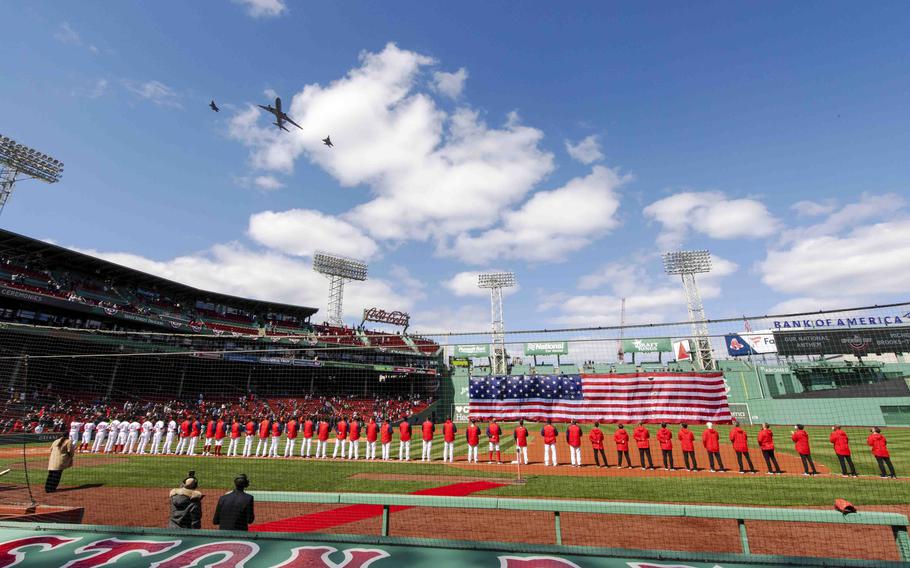 (Tribune News Service) — No, the Boston-area was not under attack Monday afternoon.

But for a few minutes, some residents — along with their pets — were freaked out and wondering what in the world was going on above them.

“Um, did a fighter jet just do a flyover in Somerville, MA? Or Boston? Or if not, anyone know what that sound was?” Greg M. Epstein wrote on Twitter.

“Whatever sound that was in the skies over Cambridge or Boston a minute ago, it was fast and low,” Juliette Kayyem, a national security expert, tweeted. “That was some military plane but no idea what or why.”

The wicked loud, intense sound was from the F-15 jet flyover for the NHL Winter Classic at Fenway Park. The Boston Bruins were facing the Pittsburgh Penguins Monday afternoon.

“There was indeed a F-15 jet flyover from the 104th Fighter Wing of the Massachusetts Air National Guard prior to the start of the Bruins hockey game at Fenway Park,” Cambridge Police tweeted.

There was indeed a F-15 jet flyover from the 104th Fighter Wing of the Massachusetts Air National Guard prior to the start of the Bruins hockey game at Fenway Park.

Residents reported the jets being lower and much louder than during previous flyovers.

“Literally almost had a heart attack,” a Twitter user wrote. “But definitely flyover for winter classic I can see Fenway out my window.”

Another person wrote, “That was the loudest I have ever heard them. My heart is still racing.”

Kayyem tweeted, “We’ve had flyovers before but that was like nothing I’ve ever heard before. Crazy.”