Actor Trevor Snarr, right, played Don, who bullied the eponymous protagonist of Napoleon Dynamite," played by Jon Heder, left. Snarr said he drew inspiration for his acting from his time in the Air Force. (Instagram)

The cult classic 2004 film “Napoleon Dynamite” might have been irrevocably altered had it not been for some overbearing drill sergeants.

Actor Trevor Snarr, who played the jock who bullied the film’s awkward protagonist Napoleon, said he drew inspiration for his acting from his time in the Air Force.

“I don’t think I probably would’ve gotten that role had I not joined the military, to be honest,” Snarr told Stars and Stripes in a recent interview.

He served as a chaplain’s assistant in the 419th Fighter Wing, an Air Force Reserve unit based in Hill Air Force Base, Utah, a spokesman from the air wing confirmed in an email. 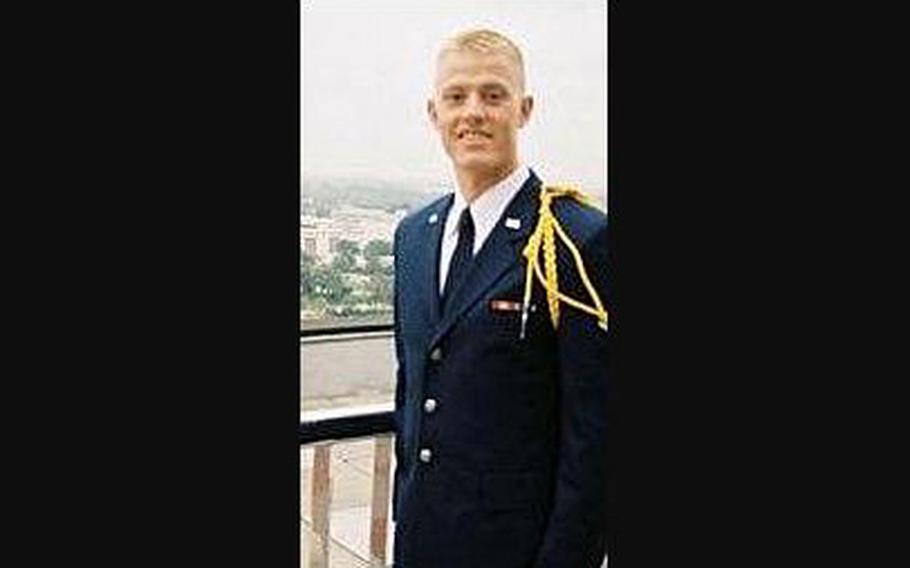 Trevor Snarr served as a chaplains assistant in the 419th Fighter Wing, an Air Force Reserve unit based in Hill Air Force Base, Utah, a spokesman from the air wing confirmed. He played Don in the film "Napoleon Dynamite" and continues to act. (Backpage)

Snarr, who was 24 at the time and new to acting, said he originally auditioned for the role of a man who in one short scene is unable to break a Tupperware bowl being sold by one of the main characters.

He did not get that role, but said the casting director felt he could play the character of Don, the popular and preppy big man on campus who scoffs at the antics of Napoleon, played by Jon Heder.

“The casting director looked at me, and I was kind of beefed up, you know, from basic training and, he goes, you look like a jock, you know?” Snarr recalled.

Snarr didn’t have experience as a jock in high school. He recalled being awkward and scrawny, only gaining confidence and 20 pounds of mass after pushups in basic training.

He said he channeled the experiences he had at basic training in Lackland Air Force Base in San Antonio, Texas, during his audition to play Don. The casting director had him read a scene where his character plays kickball with Napoleon and then “gets in his face.”

Snarr said he drew from the aggressive bluster he saw in his drill sergeants.

“My drill sergeants, if they ever read this, I’m sure that they probably love the idea that they were my inspiration at the time for my role of just kind of being a stuck-up prick,” Snarr said.

Snarr got the role and spent about a week filming “Napoleon Dynamite.” His character can be seen egging the eponymous character on, sneering as he asks him about wolverine hunting, and supporting his girlfriend in the race for class president against Napoleon’s friend Pedro.

Snarr is still acting and recently played Vincent Van Gogh in the movie “The Green Fairy,” and a cowboy in the TV series “Yellowstone.”

Snarr said he left the Air Force as a senior airman after seven years.

He recalled fellow airmen during reserve drills would visit the chaplain’s office, not to speak to the chaplain or to ask about religion, but to talk about the movie. Troops on bases all over the world would send him letters talking about the movie and reciting lines from the script.

“The quotes, the quotes were nonstop,” Snarr said.

He often has had to clarify that he did not play the bully who kicked Napoleon’s tater tots.

“My character wasn’t that type of a bully. I said I was more like the preppy type,” Snarr said.

He said the other service members would joke about the character’s origins.