From labs to the law: Air Force-university partnerships run deep 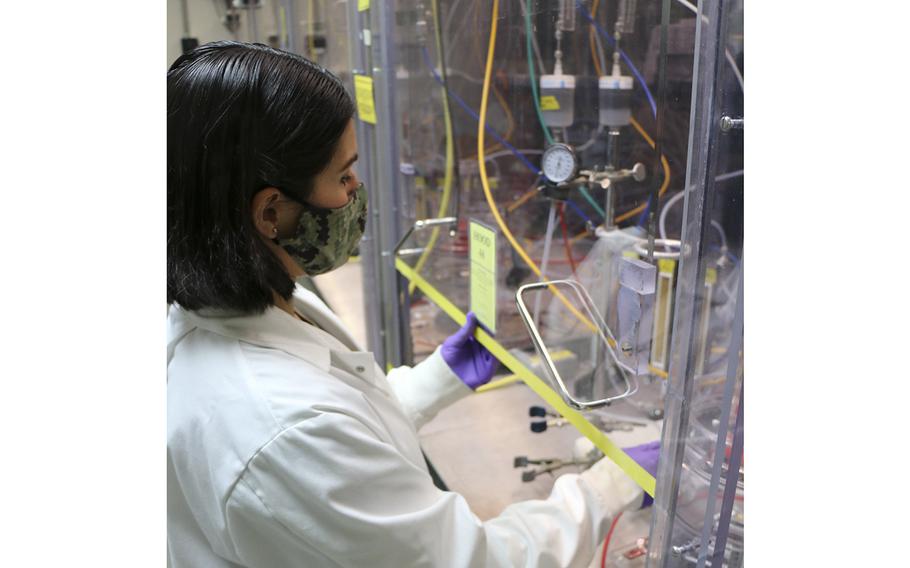 But partnerships between the Air Force, the University of Dayton and Wright State University go to realms beyond the sciences — business, finance, human resources, logistics, communication and other forms of expertise.

One outcome: Degree in hand, plenty of UD and Wright State graduates find themselves working at the base — and many of them aren’t scientists or engineers.

Wright-Patterson is Ohio’s biggest employer in one location, with about 32,000 uniformed and civilian employees. Some 2,000 WSU graduates work at the base today, including 700 alumni who majored in a business field, according to university officials.

Wright Patterson is home to Air Force Material Command (AFMC), the massive command that manages more than a third of the Air Force budget, developing, procuring and sustaining everything from bombers to uniforms.

It’s home as well to the Air Force Research Laboratory (AFRL), the entity that advances the science and technologies on which both the Air Force and Space Force depend.

The competition for qualified, smart employees will only sharpen, Bunning believes. He noted that Intel intends to hire thousands for dual chip fabrication plants being built in the Columbus area. He expects to compete with Intel and others for mechanical and electrical engineers and many others.

That’s where relationships with local universities come in.

“I think these relationships are going to become even more important in the future,” Bunning said.

It’s no secret the University of Dayton Research Institute has been a “critical partner” with the Air Force, said Paul Benson, UD’s provost and executive vice president for academic affairs.

Total sponsored funding revenue to UD (including UDRI and all other units) was $221.3 million for fiscal year 2022, a UDRI spokeswoman said.

But focusing just on science misses the other ways universities work with Wright-Patt, university leaders say.

At UD, as new faculty and others joined the university over the past 10 to 15 years, a question increasingly arose: What are we doing with the Air Force?

“I think that attitude has prompted a lot of innovation and relationship-building with the base and other ways that historically we frankly had not done,” he said.

Air Force Material Command is essentially a global supply chain operation — one of the world’s biggest.

“Almost every area of business administration makes up a part of what goes on at the Air Force base here,” Traynor said.

Andrew Strauss, dean of UD’s School of Law, said the university launched a master in legal studies program in 2017, “hand in hand” with input from professionals at Wright-Patterson.

“They had really come to us and suggested they felt like this was a real need of theirs, to be able to train people in the government contracting area,” Strauss said. “That’s the major area where they do procurement for the Air Force, here in Dayton. It’s a big part of even the local economy here.”

The program has about 80 students today. They study for a degree that can be seen as an alternative to the classic master of business administration — a legal degree of sorts for non-lawyers. Students need a bachelor’s degree to get into the program. It can also be pursued after a law degree.

“You don’t have to be a lawyer to do it,” Strauss said.

Negotiating contracts for the Air Force or the private sector is a “really solid job,” in the dean’s view.

“It’s an area of skill or expertise that’s interesting,” he said. “You’re negotiating on the government’s side with industry ― and you get a lot of responsibility quickly with the government and these big negotiations that they’re doing.”

Since the fall of 2021, a 10-member Defense and Government Advisory Council has counseled the Raj Soin College of Business on course offerings and ways to train Air Force workers of the future.

“We have good people who are helping us here,” Traynor said.

They offer advice on how to demystify the process of obtaining a security clearance, training students in the vocabulary of government contracting and the “common knowledge” that workers in defense need and more.

Sharon Heilmann, chief of the Development Division at NASIC at Wright-Patterson, is responsible for the professional development of NASIC employees.

She is part of a team bringing in faculty members from WSU and UD (as well as NASIC’s own experts), who lecture on technical subjects but also on “essential skills” or “soft skills” such as delivering briefings or even working with Generation Z.

“We need them to be able to communicate effectively,” said Michelle Martz, a NASIC spokeswoman.

In the realm of the sciences, ties have always been strong. Defense funding to researchers is a major driver in the university ecosystem. The latest defense budget authorizes $138.6 billion in research and development.

Wright State earlier this month announced what it called an agreement unique to the Dayton region — a pact that gives Air Force researchers access to a Wright State lab and office space in the Neuroscience Engineering Collaboration Building on campus.

Madhavi Kadakia, vice provost for research and innovation at Wright State, said the agreement was the “first of its kind for our region.”

“It is a big deal,” said WSU President Edwards.

A similar story can be seen in Dayton, where the UD physics department has a faculty member who coordinates and advises, on average, five students annually who perform research at Wright-Patt with an AFRL directorate, physics department chair Jason Deibel said. He declined to identify which of AFRL’s nine technology directorates make use of UD students.

AFRL also sponsors UD students via a subcontract through a local company to do research on base and on campus in a physics department research lab, said Deibel, who worked at Wright State for 14 years before joining UD.