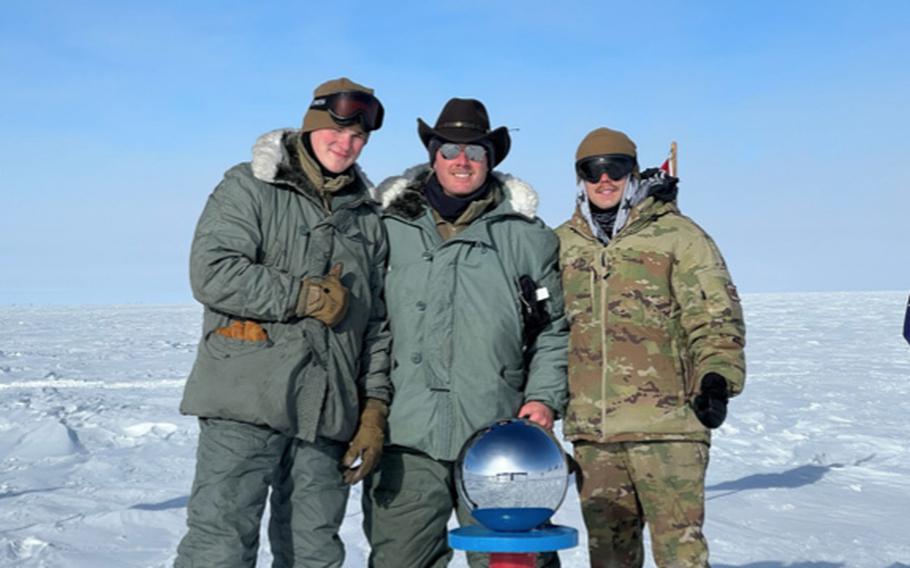 A team of three National Guard airmen, each from a different state, put their heads together at the bottom of the world to rescue a military cargo plane that became stranded in Antarctica, officials said.

The LC-130 had flown a mission in November to the Amundsen-Scott South Pole Station, a scientific research facility, to deliver supplies there as part of Operation Deep Freeze, a yearly operation that sends supplies to the U.S. Antarctic stations. A ski-equipped version of the C-130, the LC-130 became stranded after landing when a cable that controls the elevators on the tail snapped.

The elevators — two movable flaps attached to the tail’s horizontal stabilizer — move up and down to control the plane’s pitch. Cables connect them to the cockpit and allow pilots to move the elevator flaps to bring the plane’s nose up or down. Without either one, the plane cannot fly.

LC-130s began taking supplies to the scientific station in October. Only a few of the unique transport planes are still in operation in the military, and all are part of the New York Air National Guard’s 109th Airlift Wing. 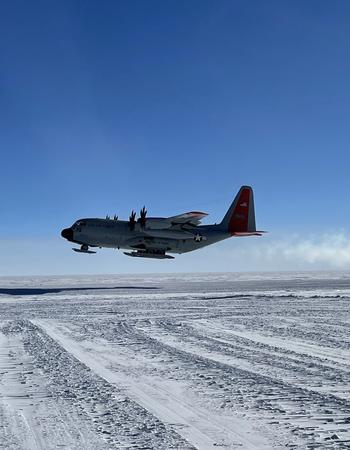 A LC-130 Skibird takes off Nov. 25, 2022, from the Amundsen-Scott South Pole Station after being repaired at the scientific research facility on Antarctica. (109th Air Wing)

When the plane became grounded at the Amundsen-Scott scientific station, three National Guard airmen — from New York, Pennsylvania and Kentucky — were sent in to fix the LC-130, which is called the “Skibird” because of its three ski runners that allow it to land on and take off from snowy and icy surfaces.

“We deploy with a finite number of aircraft,” he said. “Our members know the importance of returning these planes to fully mission-capable status as soon as possible. This is a prime example of our deployed members understanding the importance of the mission in Antarctica.”

The crew endured bitterly cold temperatures as they worked on the Skibird, partly because there are no hangars at the station. Arriving cargo is always unloaded on the exposed runway, so repairs also must be done in that fashion. At one point, the men said the mercury dipped to nearly 80 degrees below zero.

“It was a struggle to maintain warmth,” said Tech. Sgt. Dennis Craig, a technician from the 123rd Airlift Wing in Kentucky. “And we began to have symptoms of frostnip from the extreme cold and cyanosis from the 9,600-foot elevation we were working at.”

Adding to the difficulty, the crewmen had to spend the night in a small, isolated hut due to mandatory coronavirus precautions at the station.

The crew spent two days repairing the LC-130 before it was able to fly back to the McMurdo Station, another U.S. research facility on Antarctica about 800 miles away.