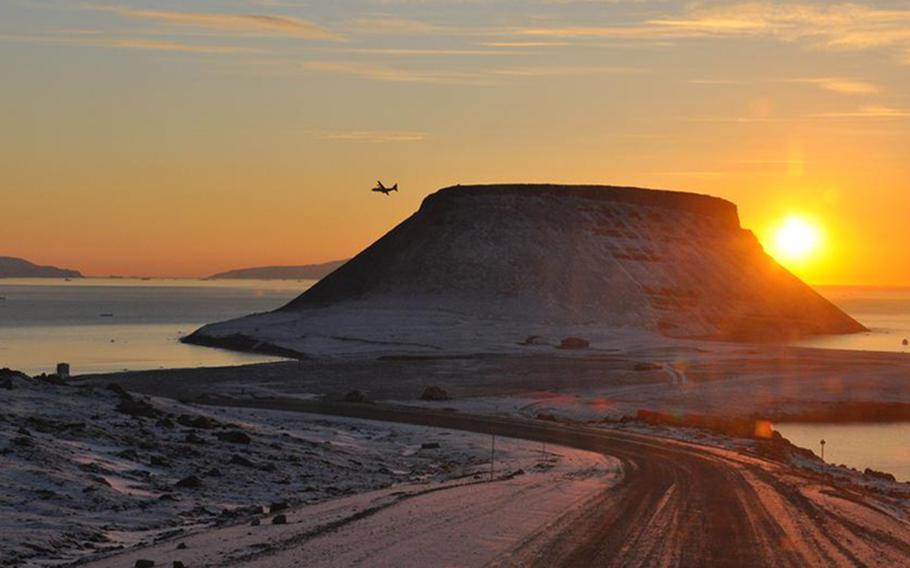 Approaching Thule Air Base, a plane banks over Greenland's Baffin Bay. A $3.95 billion contract has been awarded to ensure the ongoing operation of Thule. (Stars and Stripes)

A nearly $4 billion U.S. Air Force contract has been awarded to ensure the ongoing operation of a strategic base in Greenland, the Defense Department said in a statement.

The $3.95 billion deal, awarded to Nuuk, Greenland-based contractor Inuksuk A/S, provides for an array of operation and maintenance requirements at Thule Air Base — the military’s northernmost site.

The main mission there involves monitoring polar-orbiting satellites and staying on the lookout for ballistic missile launches, as well as supporting any additional needs north of the Arctic Circle.

The new Air Force contract isn’t focused on an expansion of the base, but rather keeping things going in an austere environment.

The U.S. Embassy in Copenhagen said the contract provides for services such as airfield operations, civil engineering and environmental management. Also included are food and health services, fuel logistics and other day-to-day requirements. Work under the contract is expected to be completed by 2034. 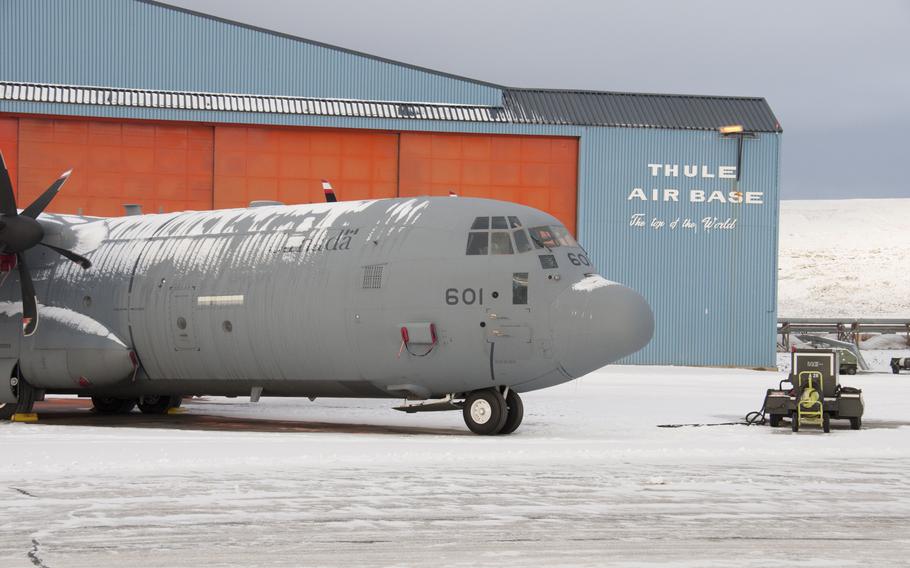 A Canadian transport plane sits on the runway in front of a hangar at Thule Air Base, Greenland, in 2014. A $3.95 billion contract has been awarded to ensure the ongoing operation of Thule, the U.S. military’s northernmost base that bills itself at the “Top of the World.” (Stars and Stripes)

Thule Air Base has taken on added significance for the U.S. in recent years given concerns about a growing Russian military presence in the Arctic. China also has signaled an intent to play a larger role in the region, declaring itself in 2018 a “near-Arctic country” with vested interests.

Greenland, a territory of Denmark with a high degree of self-governing autonomy, is of enough strategic factor that former President Donald Trump even floated the idea of the U.S. buying it.

"Denmark essentially owns it. We're very good allies with Denmark. We've protected Denmark like we protect large portions of the world, so the concept came up,” Trump said in 2019. "Strategically, it's interesting.”

Denmark shot down the idea. Still, the U.S. strategy for the Arctic, updated in October, emphasizes deepening cooperation with Greenland and other allied stakeholders in the High North.

“We will deter threats to the U.S. homeland and our allies by enhancing the capabilities required to defend our interests in the Arctic, while coordinating shared approaches to security with allies and partners and mitigating risks of unintended escalation,” the White House’s Arctic strategy states.