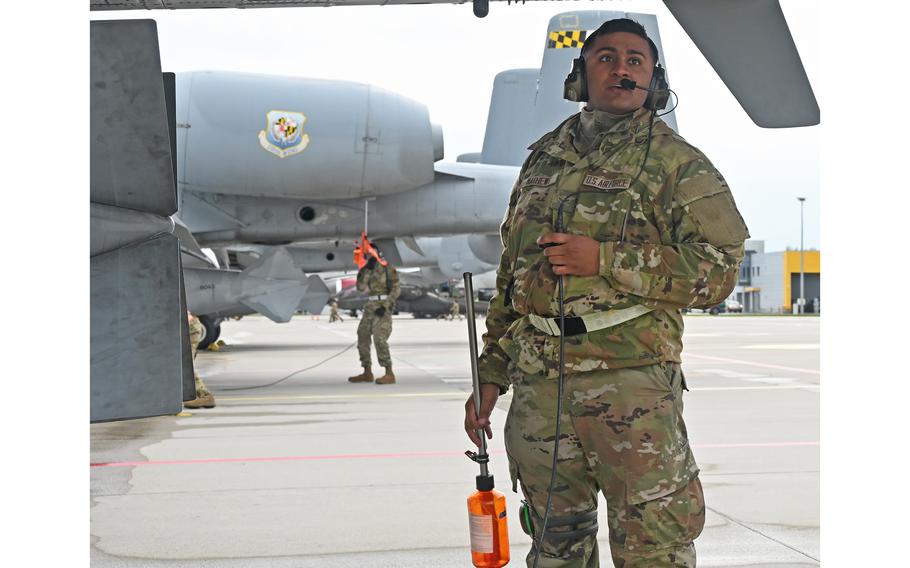 (Tribune News Service) — A man who has served with the Air National Guard since 2020 died from injuries he suffered last week while snowboarding at the American Dream mall’s Big Snow indoor slope, his family told Newsday.

Airman 1st Class Peter R. Mathews of the Maryland Air National Guard was with his sister at the indoor ski slope in East Rutherford last week when he fell while snowboarding, his sister, Sarah Mathews, told Newsday.

Emergency workers at the facility, along with a friend who is a registered nurse, performed CPR including chest compressions. Mathews was taken to Hackensack University Medical Center, where he later died, the report said.

Mathews was a crew chief assigned to the 175th Aircraft Maintenance Squadron.

“Peter was genuinely an amazing person, and his smile lit up the room. If you had a chance to talk to him, you knew instantly he had a remarkable future and was destined for greatness,” U.S. Air Force Chief Master Sgt. Jeffrey Golabiewski said in a statement.

Golabiewski said Mathews was awarded the Air Force Achievement Medal for his accomplishments earlier this year in support of U.S. Army exercises in Eastern Europe.

“He was in the process of following in his father’s footsteps to become a pilot. Our thoughts and prayers are with his family, friends, and anyone who knew Peter,” Golabiewski said in the statement.

Services were planned for Saturday and Sunday on Long Island, with a funeral on Monday and burial in Calverton National Cemetery in Riverhead, New York.