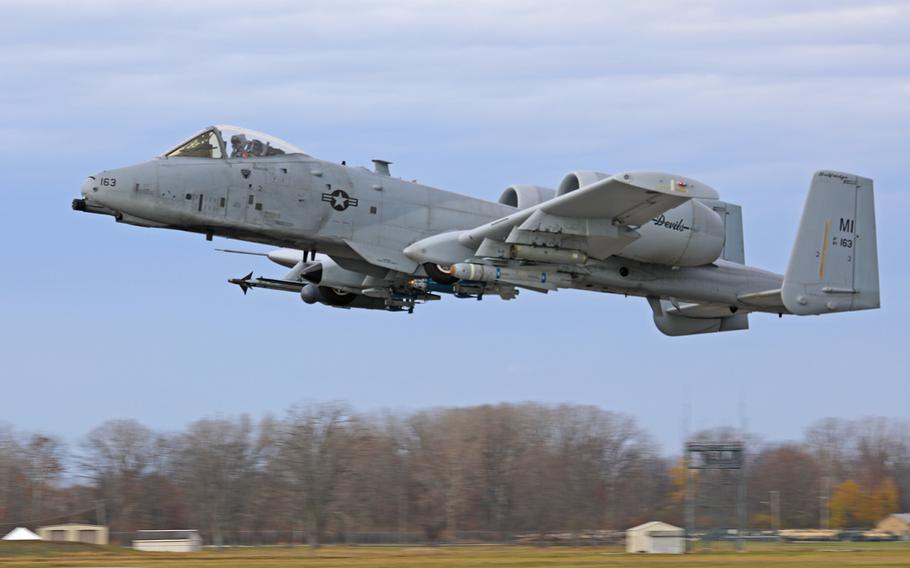 (Tribune News Service) — The Michigan Air National Guard will give residents more time to weigh in on a plan to change Northern Michigan airspace rules to allow for lower altitude flights in the Grayling area and the Thumb.

The original 30-day public comment period is scheduled to expire on Thursday, but will instead be extended for another 30 days through Jan. 14, the guard said in a press release Tuesday.

Initial plans for altering the airspace rules would make them official in late summer 2023. It's not clear how the extended comment period will change that timeline.

"Extending the public comment period for this proposal will give us time for more listening and discussion with community groups, citizens and stakeholders upon request," said Brig. Gen. Bryan Teff, the assistant adjutant general and commander of the Michigan Air National Guard.

The Detroit News reported last week that the group had revived plans to alter the Alpena Special Use Airspace — which stretches along the east side of Michigan, from around Rogers City to the north and south to the Thumb — to allow for lower military training flights.

The new plan would allow military training flights in parts of Grayling, the Thumb and off the shores of Alpena to dip as low as 300 to 500 feet in altitude. In Grayling, the change would alter some clearances that currently prohibit flights from dipping no lower than 5,000 feet from the ground.

Residents had pushed back on the plan out of concern for noise and disruption. In Grayling in particular, residents worried about the timing of the announcement on the heels of a separate Michigan National Guard plan to double the size of the National Guard base there.

The proposal has been worked on for years with the National Guard Bureau and the Federal Aviation Administration, which will have the task of final approvals, and was most recently open to public comment in 2019.

The changes outlined in a 110-page environmental assessment report would allow some flights in the Grayling area to be conducted as low as 300-500 feet, and, in the Thumb, as low as 500 feet.

Another change would allow the altitude ceiling in a section of Grayling to increase from 9,000 feet to 23,000 feet to allow for more modern aircraft in training that operate at higher altitudes, such as the F-22 and F-35 fighter jets.

The guard has said the primary users of the Alpena airspace complex will remain the A-10 Thunderbolt II planes from Selfridge and the F-16 Fighting Falcon jets housed in Toledo.

The plan also would expand the footprint of the airspace from 11,042 square nautical miles to 12,675 square miles.