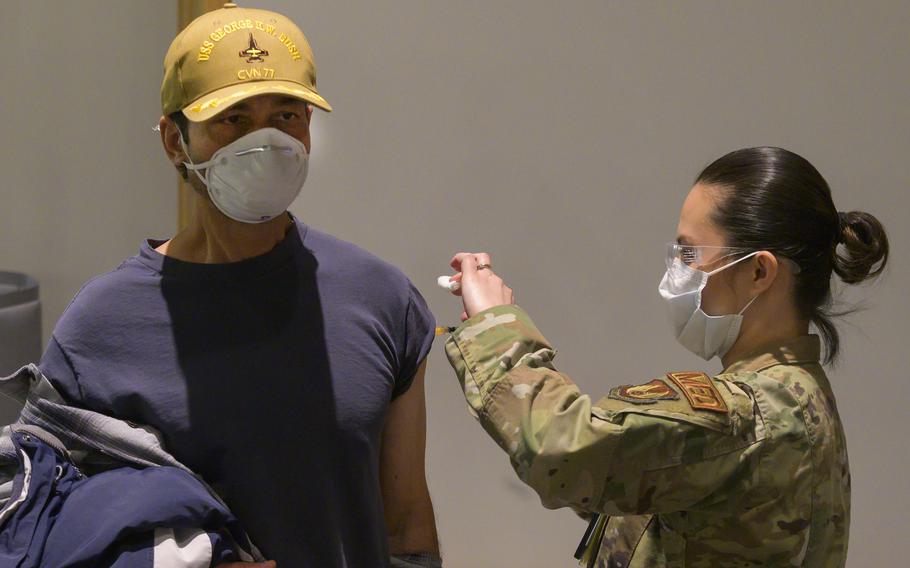 (Tribune News Service) — The commander of Air Force Materiel Command (AFMC) is telling officers and supervisors under his command to look anew at reliance on employee "telework," the Air Force and government term for remote work away from office and lab environments.

The direction to supervisors is to use telework only to the extent that mission needs allow, Gen. Duke Z. Richardson said in an email accompanying a memo recently distributed across the command from Wright-Patterson Air Force Base, where AFMC has its headquarters.

AFMC is one of the Air Force's most important commands, a sprawling global enterprise that researches, develops, acquires, maintains and sustains a huge array of Air Force aircraft, weapons and equipment, from bombers to uniforms.

While the domestic onset of the COVID-19 pandemic saw a nationwide shift in many industries to remote work away from typical office environments — in both the military and civilian worlds — there has been a fairly widespread movement back to those same offices, although not to pre-pandemic levels.

In March 2020 and soon thereafter, only about a tenth of Wright-Patterson's workforce physically worked on the installation, with people such as security forces, health care workers, air traffic controllers and others on-site. By May that year, commanders and directors were allowed to bring up to 20% of their assigned workforce back to work centers and offices. The percentage of workers permitted on the base has gradually and steadily risen in the months since.

A spokesman for AFMC confirmed Richardson's email and memorandum.

"The intent is for supervisors at all levels to relook at what the right mix of in-person, in-the-office versus telework should be," spokesman Derek Kaufman said Thursday. "That's the driver for this memo. So ultimately the commander has the utmost confidence in supervisors throughout AFMC to make the right call for their people."

The memo acknowledged the benefits of remote work during a pandemic of unprecedented worldwide impact.

However, nearly three years after the pandemic was first felt in the United States, Richardson, a four-star general, is telling supervisors, "from first line all the way up to me," to "reassess and adjust" that posture with an eye on accomplishing Air Force missions.

Further, the memo has implications for workers on Wright-Patterson, saying headquarters staff members should spend the "preponderance" of duty hours in their offices, while encouraging the use of "allowable flexibilities." Similarly, uniformed military members are expected to be present, with permitted exceptions.

While Richardson's memo does not set any expected percentage or precise goal for the number of workers still using telework, the stance represents a shift from previous command postures.

"We want to make sure our airmen leaders and supervisors have the tools and resources to effectively lead their teams in the ever-changing Air Force telework environment," Lt. Gen. Carl Schaefer, AFMC deputy commander, said in October 2021. "We have proven that we can execute our missions effectively through telework during the COVID pandemic, and as Gen. (former AFMC Commander Arnold) Bunch has said countless times, we're not going back to the way things were in the past."

AFMC manages more than a third of the Air Force budget, managing and dispersing funds across multiple installations, supporting research and development and other tasks. The command includes more than 87,000 uniformed and civilian airmen at bases around the world.