A Task Force 99 sign hangs on the door to the team’s work center at Al Udeid Air Base, in Qatar. (Cassandra Johnson/Air Force)

One of the Air Force’s newest high-tech units performed its first field test Friday, putting unmanned aerial systems with interchangeable payloads through their paces in the increasingly drone-laden battleground of the Middle East.

The unit is striving to make a proof of concept within 30 days for drones that can swap out their payloads when needed, Brilla said, adding that Task Force 99 plans to expand to 10 to 15 airmen next year. 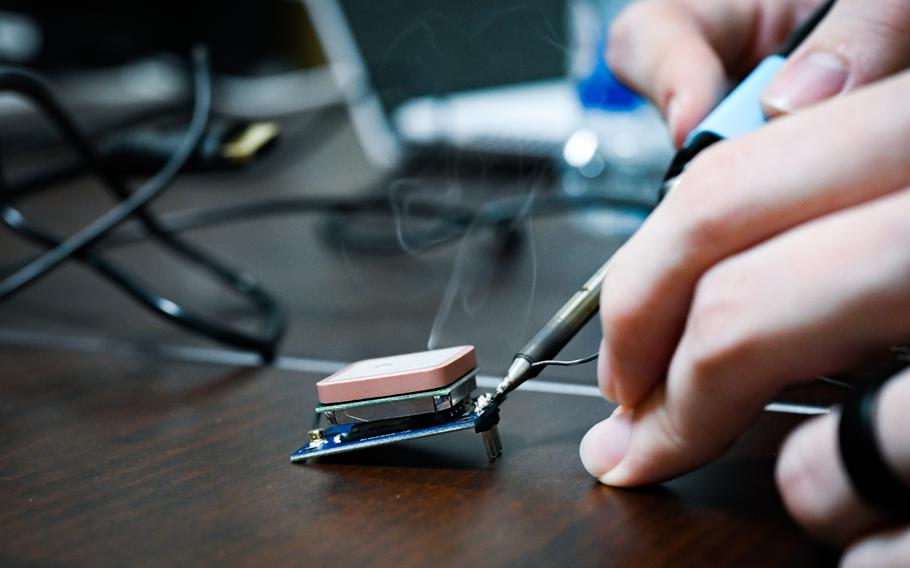 An airman assigned to Task Force 99 solders components at Al Udeid Air Base in Qatar on Oct. 28, 2022. (Cassandra Johnson/Air Force)

Neutering Iranian unmanned aircraft, which have had an outsized impact in wars in the Middle East and most recently in Ukraine, is a priority for the Air Force in the region, Grynkewich told Stars and Stripes in July. 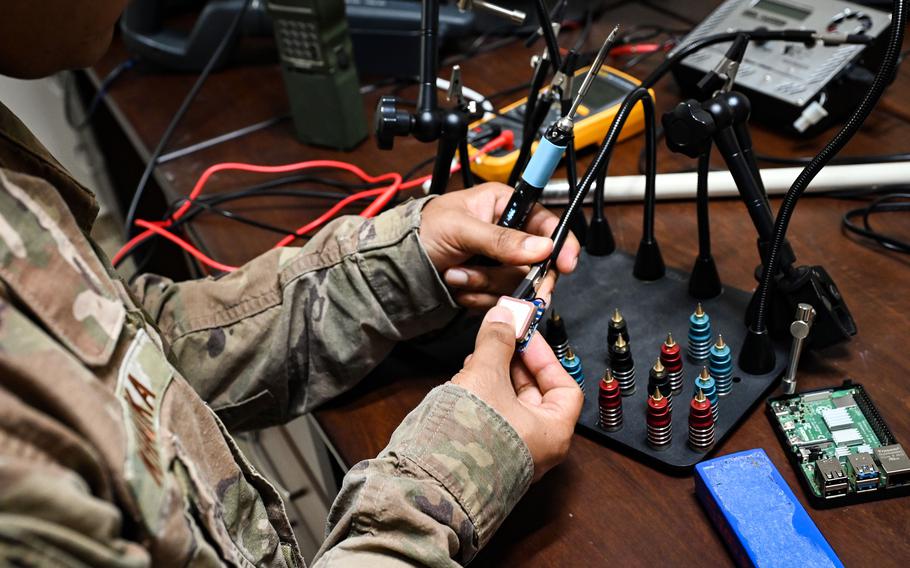 Task Force 99 plans to collaborate with the Navy’s task force as well as a future Army unit as part of an umbrella organization that also includes regional U.S. allies such as Bahrain or Jordan, Brilla said.

Another organization, the 386 Air Expeditionary Wing, launched a two-person “satellite innovation cell” at Ali Al Salem Air Base, Kuwait on Wednesday, that will partner with Task Force 99’s airmen at Al Udeid.