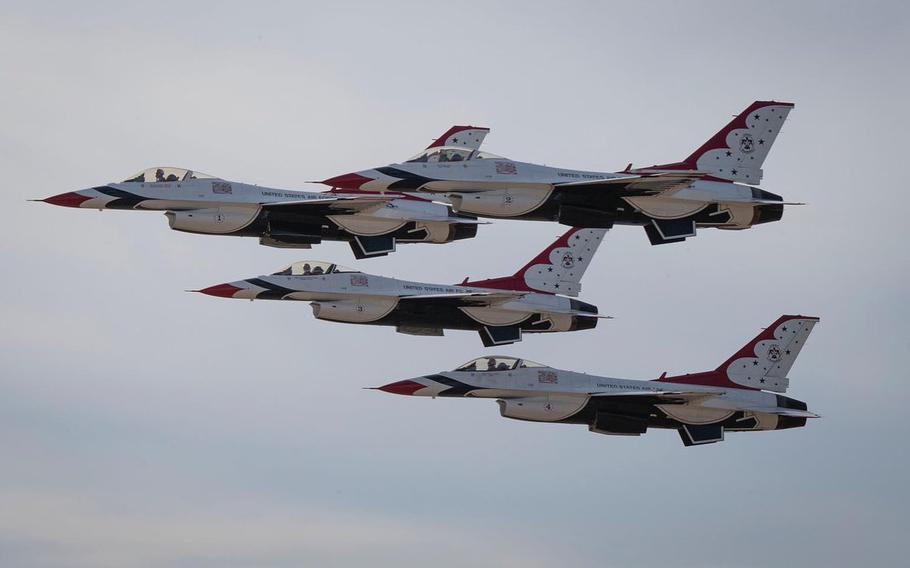 The Thunderbirds at the AllianceTexas Aviation Expo in Fort Worth on Oct. 23, 2022. (Air Force Thunderbirds/Facebook)

The Thunderbirds will do two passes over Magic Kingdom theme park beginning at 9:30 a.m., weather permitting. The team will conclude with their delta maneuver, where they rapidly go in different directions.

Disney says the event leads into National Veterans and Military Families month in November. It notes that Walt Disney and his brother Roy Disney served in the military during World War I.