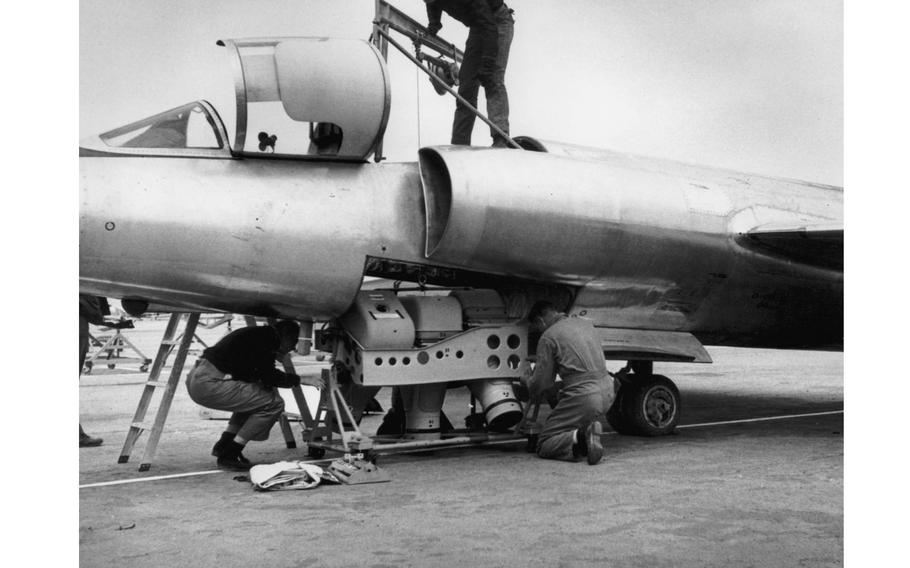 Gerald McIlmoyle had an incredible view of the world and no time to enjoy it. Some 13 miles below him, the green island of Cuba stood out against the blue waters of the Caribbean Sea, but he was focused on his perilous mission.

It was Oct. 25, 1962, and the U.S. Air Force captain was piloting a U-2 spy plane on the edge of Earth’s atmosphere, taking high-resolution images of nuclear missile sites on the island nation about 100 miles from Florida. The world teetered toward total destruction as tensions escalated between the United States and Soviet Union during the Cuban missile crisis 60 years ago this week.

As McIlmoyle snapped photos, a flash of light caught his eye. The Soviet and Cuban militaries had launched a pair of surface-to-air missiles. Thankfully, a course correction he’d made moments earlier caused the missiles to miss his plane.

The Cold War had suddenly heated up, and America’s U-2 pilots were on the front lines of a dangerous game of brinkmanship between two heavily armed superpowers. Their bravery gave U.S. President John F. Kennedy the proof he needed to confront Soviet Premier Nikita Khrushchev and find a way to avoid a nuclear nightmare.

“These men risked their lives in an effort to save mankind, and I’m not being hyperbolic when I say that,” said Casey Sherman, co-author of the 2018 book “Above & Beyond: John F. Kennedy and America’s Most Dangerous Cold War Spy Mission.” “During those 13 days in October 1962, we came the closest in history to thermonuclear war.”

The Cuban missile crisis began Oct. 14, when Maj. Steve Heyser snapped the first shots of the missile sites, triggering a series of missions by 11 U-2 pilots to learn exactly what was happening on the ground in Cuba. Largely forgotten today, their actions probably prevented nuclear war. One of those spy-plane pilots would make the ultimate sacrifice for his country, while another barely escaped being shot down by Soviet jets.

“These pilots were completely unarmed,” Sherman said. “They were flying in defenseless aircraft. Even though they were 13 miles high, they were still susceptible to airstrikes from the ground, which ultimately led to the death of one of the pilots. Nobody remembers there was a KIA [killed in action] during the Cuban missile crisis.” 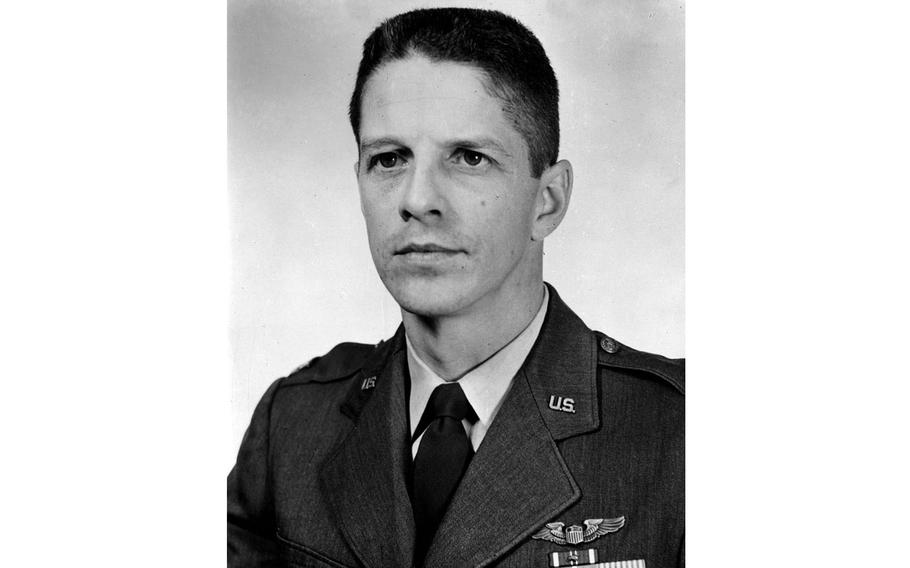 Major Rudolf Anderson Jr. was shot down and killed over Cuba during the October 1962 crisis. Anderson had earned two Distinguished Flying Crosses for reconnaissance flights over North Korea in 1953. He joined the 4080th Strategic Reconnaissance Wing in 1957 and soon became the top U-2 pilot, with more than 1,000 hours of flying time. (U.S. Air Force)

The lone casualty by enemy fire during that tumultuous two-week period was Maj. Rudolf Anderson. The Air Force pilot, who jumped at every chance to fly U-2 missions over Cuba, was not scheduled to be in the air on Oct. 27, 1962. In fact, no one was. However, military planners changed their minds at the last minute, and Anderson volunteered.

The veteran pilot was used to dangerous missions. Anderson had earned two Distinguished Flying Crosses for reconnaissance flights over North Korea in 1953. He joined the 4080th Strategic Reconnaissance Wing in 1957 and soon became the top U-2 pilot, with more than 1,000 hours of flying time.

On that fateful day, Anderson climbed into his spy plane and took off for Cuba. The Lockheed U-2, still in use today, first entered service in 1955. Though equipped with sophisticated technology, the plane itself is simply constructed — mostly an airframe and engine. Its main purpose is taking photographs of objects on Earth from the edge of space. It features no armor or weapons.

“You can’t even fight back in a U-2,” said Mike Tougias, who co-wrote “Above & Beyond” with Sherman. “You’re basically a sitting duck.”

Flying the U-2 at such high altitudes required a pressurized suit and helmet similar to those donned by astronauts in the Mercury space program. They protected pilots from the thin air and cold temperatures 72,000 feet above the earth — but not from weapons fired at them.

As Anderson soared through the stratosphere, Soviet and Cuban troops launched two surface-to-air missiles. Both exploded too far away to cause serious damage to the aircraft. However, a tiny piece of shrapnel pierced the jet’s fuselage and penetrated Anderson’s suit, causing it to depressurize. He probably lost consciousness almost immediately and died in seconds. His pilotless plane then spun out of control and fell 13 miles to Earth, crashing near the Cuban village of Veguitas.

“It didn’t take much to bring a U-2 down,” Tougias said. “There are photos of the fuselage on the ground with cockpit intact. I remember McIlmoyle telling me, ‘All it takes is one little piece of shrapnel and the U-2 will come spiraling down like a leaf from a tree.’ “ 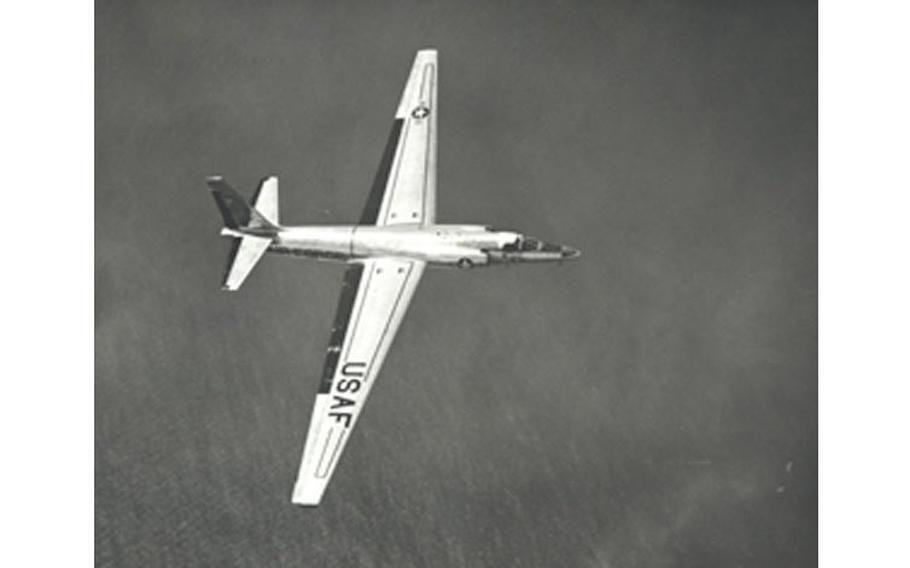 This view of a USAF U-2A shows off the aircraft’s graceful shape and its shiny early appearance. U-2s were painted black overall beginning in late 1965 in an effort to protect against the growing threat of air interception. (U.S. Air Force)

Tensions between the United States and the Soviet Union further escalated during another U-2 mission that occurred about the time Anderson was shot down. Thousands of miles away, Capt. Chuck Maultsby was flying a spy plane over Alaska toward the North Pole to take radiation readings of Soviet nuclear tests on an island off Siberia.

Unknowingly, the Air Force pilot had drifted of course, his compass rendered useless by the magnetic north pole and interference from an active aurora borealis display. By the time he discovered his error, he was being chased by six Soviet MiG interceptor jets.

He flew as high he could — higher than the Soviet jets could reach — but he was low on fuel, so he attempted to glide back to safety. Meanwhile, the U.S. Strategic Air Command launched F-102 fighter jets armed with tactical nuclear missiles. If those American pilots fired on the enemy planes, it could trigger the war both superpowers were trying to avoid in the Caribbean.

Fortunately, Maultsby was able to avoid the Soviets and land safely on a remote airstrip in Alaska.

Soon after these events, the world stepped back from the precipice of nuclear war. Kennedy and Khrushchev — concerned that an event like the downing of a spy plane could escalate into a conflagration — negotiated a deal to end the crisis. The Soviets agreed to remove the nuclear missiles from Cuba; the Americans later dismantled similar sites in Turkey.

About a week after the crisis cooled, McIlmoyle shook hands with Kennedy when the president met with the U-2 pilots to acknowledge their heroic efforts. “I’ll never be able to thank you men enough for bringing back those pictures which allowed me to peacefully end this crisis,” he told McIlmoyle, who died last year.

Anderson was posthumously presented with the Air Force Cross — the first airman to receive this award for heroism in military operations against an armed enemy.

Today, Anderson is remembered with a small plaque at Laughlin Air Force Base in Texas. There are no other memorials or statues honoring the men who flew U-2 missions with the future of humanity on their wings.

“The heroism of the U-2 pilots has been lost to history,” Sherman said. “They should be recognized and honored for what they did. These men were heroes. Rudy Anderson’s name should be on the tip of everyone’s tongue, but people don’t remember him.” 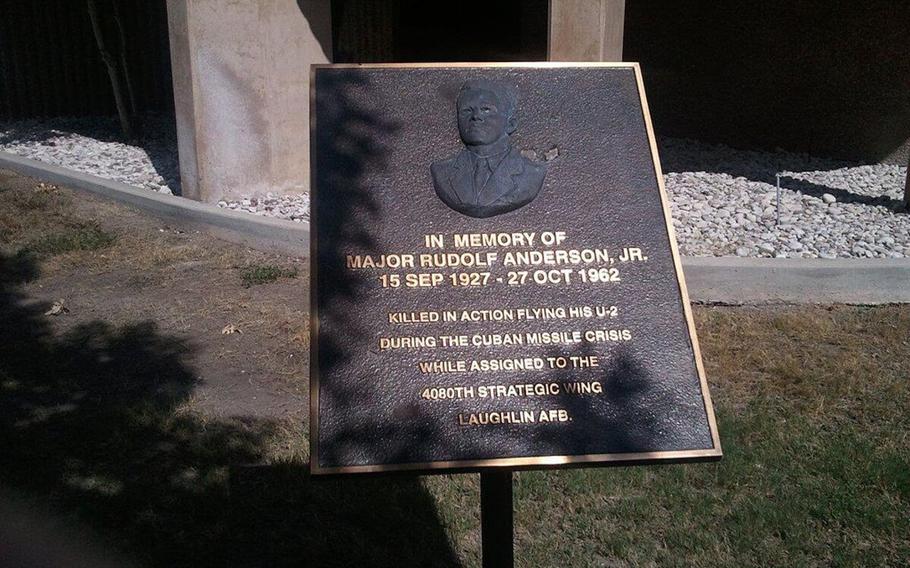 Maj. Rudolf Anderson is remembered with a small plaque at Laughlin Air Force Base in Texas. (U.S. Air Force)