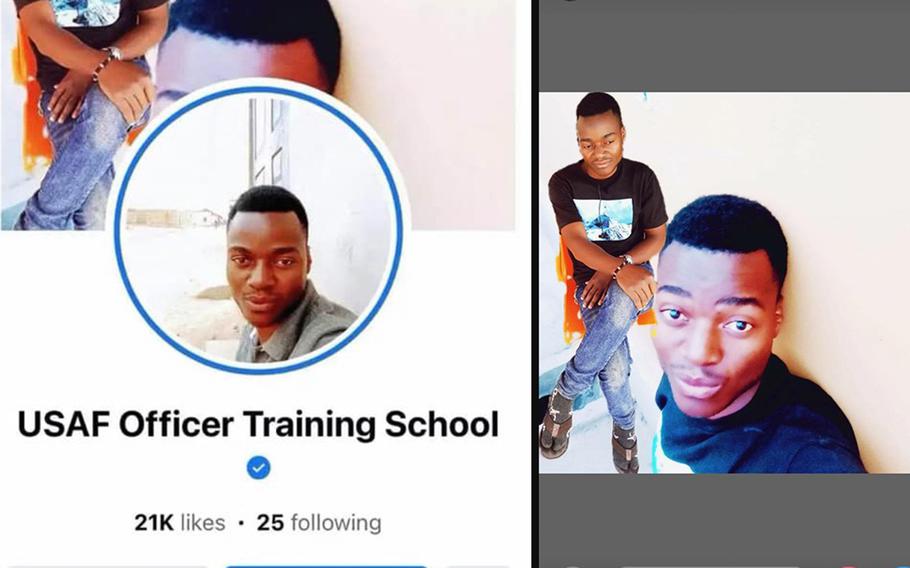 Staff for the page — which has 22,000 followers and highlights airmen’s progress in an eight-week course for becoming commissioned officers at Maxwell Air Force Base, Ala. — regained control Tuesday morning.

“We're back! It's us! THANK YOU for your patience! We're working to get the deleted posts restored as well as 22-09/10's photos up,” the page’s administrator wrote that morning. “No more socks and sandals though … sorry.”

The footwear of the man in the photo became a hot topic on social media. One commenter pointed out to Reddit’s r/AirForce community that the training school had been “hacked by a man wearing socks with thong split sandals.” Another commenting on the school’s Tuesday post pleaded for admins to “bring back sandal man.”

The page is managed by cadres at the schoolhouse, Air University spokesman Philip Berube told Stars and Stripes by phone Wednesday. The training school did not respond to emailed questions that day. 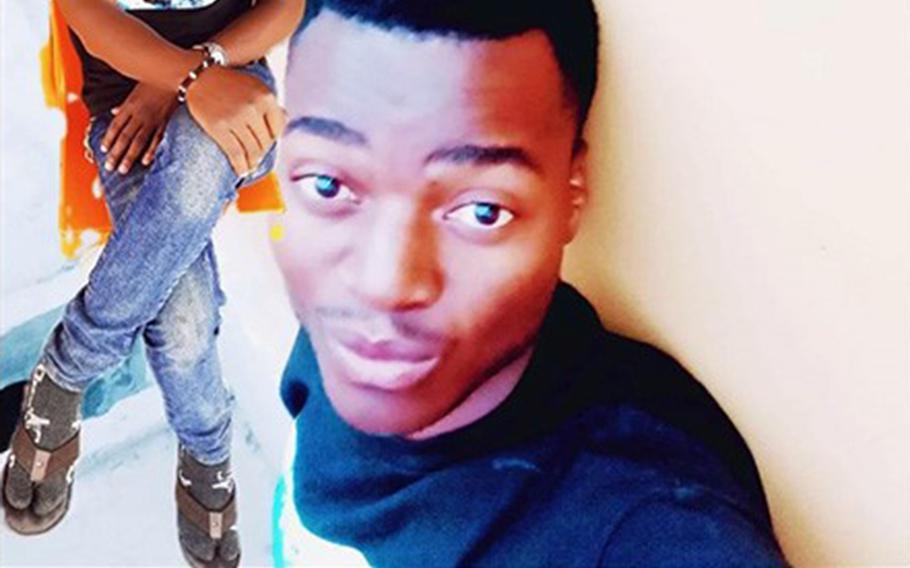 A screenshot shows the profile photo for the Air Force Officer Training School's Facebook page after it was hacked, Monday, Oct. 3, 2022. (Facebook)

Chief Master Sgt. of the Air Force JoAnne Bass referenced the hack Wednesday in a Facebook post highlighting the importance of cyber awareness.

“This is a great reminder to make sure your social media accounts are secured,” she wrote, using a #socksandsandals hashtag. “Glad to see USAF Officer Training School back on their feet.”