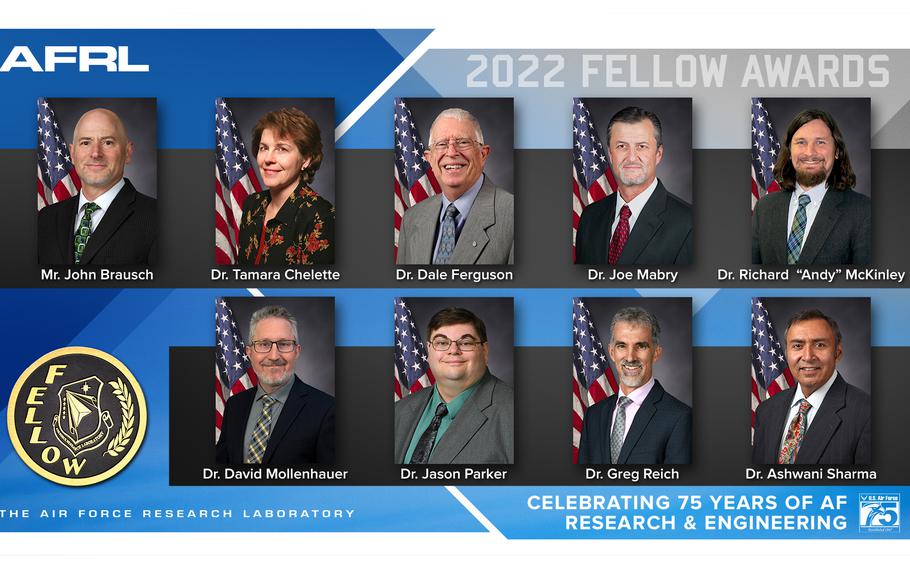 (Tribune News Service) — Air Force Research Laboratory calls the event its version of the "Academy Awards," and it's happening next Wednesday at the National Museum of the U.S. Air Force.

AFRL will honor 17 scientists and engineers from 2:30 to 4 p.m. Oct. 12 at the museum during the laboratory's 2022 AFRL Fellows and Early Career Awards, or ECA, ceremony.

This year's celebration marks the first time that the ceremony will be held in person since the COVID-19 pandemic began, AFRL said.

Each new Fellow receives a $300,000 multiyear research grant along with a medallion and a place in a display in the AFRL headquarters building on Wright-Patterson Air Force Base.

"I'm so proud of how our workforce advances meaningful science and technology for Airmen and Guardians," Pringle said in a statement. "This year's group of scientists and engineers is blazing a trail of excellence within the Department of the Air Force."

"We are excited to present extraordinary professionals and provide historical context in honor of the Air Force's 75th anniversary," Duford said. "This year's event is about celebrating outstanding professionals who will surely be in the history books of tomorrow for the capabilities they deliver to warfighters."

Raspa likened the event to the Academy Awards.

"These scientists and engineers are the best of the best of AFRL — true research and development rock stars," he said. "It's truly extraordinary to talk about a little of our amazing history while sharing the stage with folks who are creating groundbreaking and historic developments."

"This brings the total number of AFRL Fellow recipients to 242 in the 35 years since the program started in 1987," the lab said in a release. 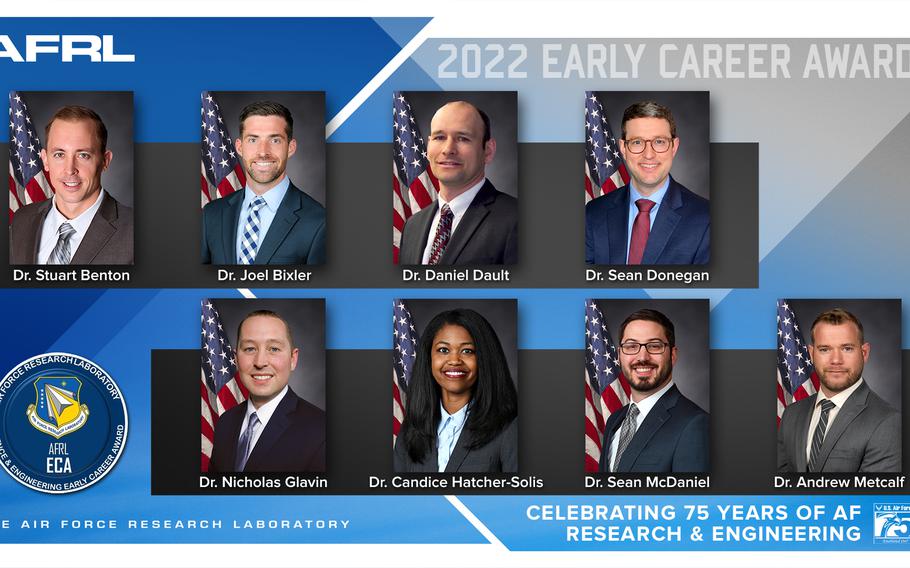 The Early Career Award winners include: