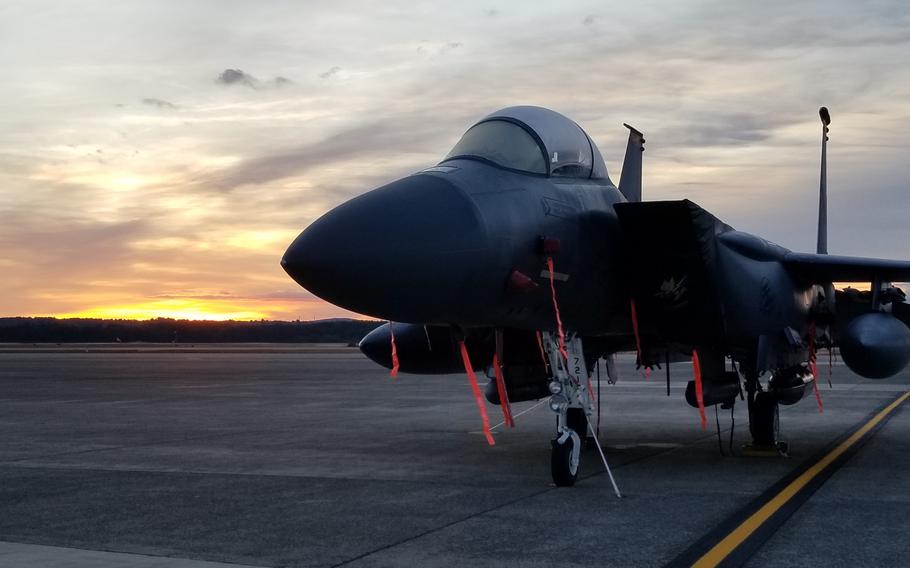 F-15Es from Mountain Home Air Force Base in Idaho were “visiting the base for a few days, prior to traveling to a training location.”

“Patriot Wing aircraft maintenance, airfield management and Security Forces members are providing critical services during the visit,” a Facebook post by the base states. “This in turn demonstrates yet another way Citizen Airmen support full spectrum operations in any environment.”

However, due to the time zone and scheduled arrival time, the F-15Es were required to leave early Monday morning, startling some residents. But Westover Air Reserve Base told MassLive the event was scheduled that way.

Westover Air Reserve Base said the F-15E Strike Eagle “is a dual-role fighter designed to perform air-to-air and air-to-ground missions. An array of avionics and electronics systems gives the F-15E the capability to fight at low altitude, day or night and in all weather.

The aircraft uses two crew members, a pilot and a weapon systems officer. Previous models of the F-15 are assigned air-to-air roles; the ‘E’ model is a dual-role fighter. It has the capability to fight its way to a target over long ranges, destroy enemy ground positions and fight its way out.