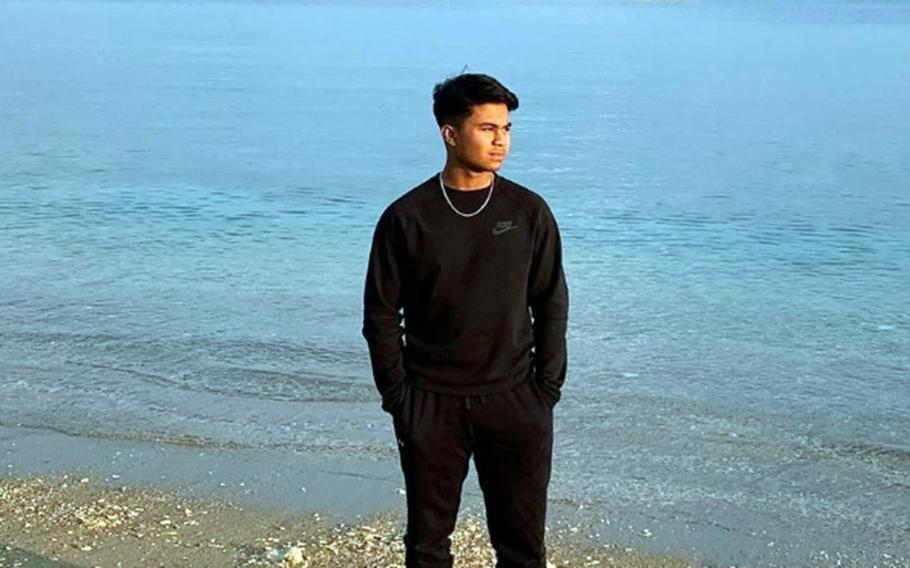 Airman 1st Class Keija Xavier Hilt, 20, of the 18th Logistics Readiness Squadron at Kadena Air Base, Okinawa, poses in a photo posted to his Instagram account on Nov. 12, 2021. (Instagram)

CAMP FOSTER, Okinawa — The commander of Kadena Air Base’s 18th Wing offered condolences Monday to the family, friends and co-workers of an airman swept out to sea last week while snorkeling off northeastern Okinawa.

The body of Airman 1st Class Keija Xavier Hilt, 20, of the 18th Logistics Readiness Squadron, was recovered Wednesday about a half-mile offshore, between Adan and Sosu beaches, and was identified the next day, the 18th Wing said in a statement naming Hilt on Monday.

The exact cause of death is unknown, and the incident remains under investigation, the statement said.

“We share in the sorrow felt by his loved ones,” Brig. Gen. David Eaglin said in the statement.

Eaglin also thanked the Japan Coast Guard and Kunigami Fire Department for immediately responding to the incident, and members of the 31st and 33rd Rescue Squadrons and the 353rd Special Operations Wing for participating in the search.

Hilt was one of six Americans snorkeling on Sept. 24 around an offshore reef near the mouth of the Ie River in Sosu, 18th Wing spokesman Staff Sgt. Kyle Johnson told Stars and Stripes on Sept. 26. Three, including Hilt, were pulled away from the group by the current before the waves separated them.

The Japan Coast Guard dispatched a helicopter from their base in Naha after receiving a distress call at 3:30 p.m., a coast guard spokesman said Sept. 25.

A pair of Japanese swimmers went after the three airmen using surfboards and floats, the spokesman said. They rescued a 19-year-old woman and a 20-year-old man, both assigned to Kadena.

A search for Hilt began after the two Americans and two Japanese were pulled from the sea by the coast guard helicopter at 4:50 p.m., the spokesman said.

After a five-day search, Hilt’s body was discovered Wednesday near where he disappeared by members of the U.S. Air Force, a Kunigami fire spokesman said Thursday.