Hurricane Hunters flight into and above Ian especially harrowing and important 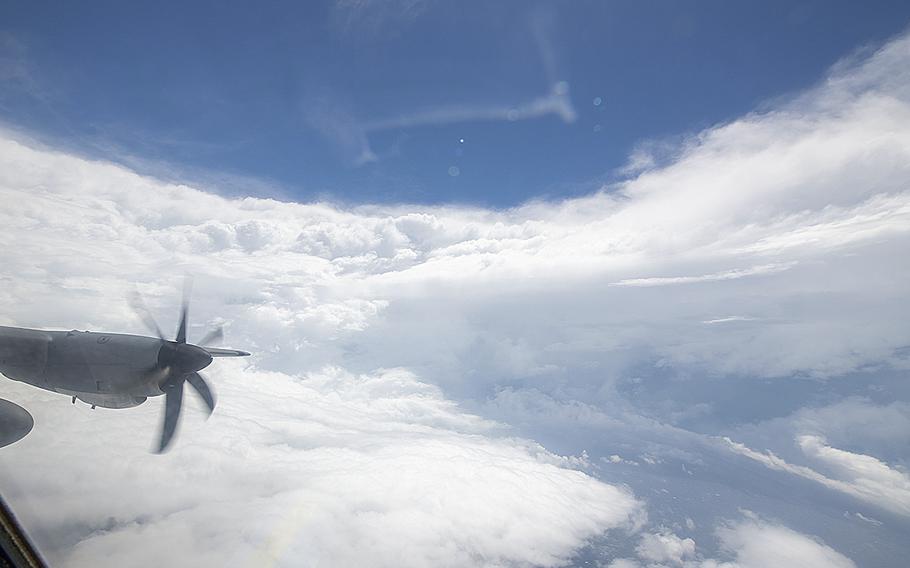 The latest Hurricane Hunters from Keesler Air Force Base in Biloxi found winds of 155 mph, according to the 7 a.m. ET update from the National Hurricane Center. Speeds were 120 mph at the 5 a.m. report.

Flying into the hurricane for the Biloxi-based Hurricane Hunters was especially harrowing and important Wednesday, the NHC said in its 11 a.m. report.

Ian is on the threshold of category 5 status and is expected to make landfall in southwest Florida in the next few hours as a catastrophic hurricane, the report said.

Catastrophic wind damage was beginning on the southwestern coast by 11 a.m. and hurricane-force winds are expected to extend well inland along near the core of Ian.

One key change in the 11 a.m. report is that Ian is expected remain more intact as it crosses Florida due to its stronger initial wind speed and its faster forecast forward speed.

Help is in position

As Ian approached Florida from the southwest, caravans of utility trucks and rescue vehicles headed across Interstate 10 Tuesday and from other points north and west. Florida Gov. Ron DeSantis said at a Wednesday morning press conference that 30,000 linemen from many states are positioned to restore power when the storm passes.

"This is going to be a rough stretch," he said.

The threats from Ian are catastrophic:

— Storm surge potential now stands at 12-16 feet from Englewood to Bonita Beach as the storm makes landfall Wednesday. A 4-6 foot storm surge is expected in the Tampa area. Hurricane Katrina's storm surge reached 25-28 feet in South Mississippi in 2005, but the western shoreline of Florida is much more populated and built up.

— Rainfall amounts of more than a foot are expected, with up to 2 feet possible in some locations.

— Tornado watches are in place.

— Tropical storm winds will extend across the state as Ian is expected to move north-northeastward over central Florida Wednesday night and Thursday.

The forecast shows Ian could emerge off the northeast Florida coast, and make a second U.S. landfall, possibly as a tropical storm on the Georgia or South Carolina coast.

Visit The Sun Herald at www.sunherald.com