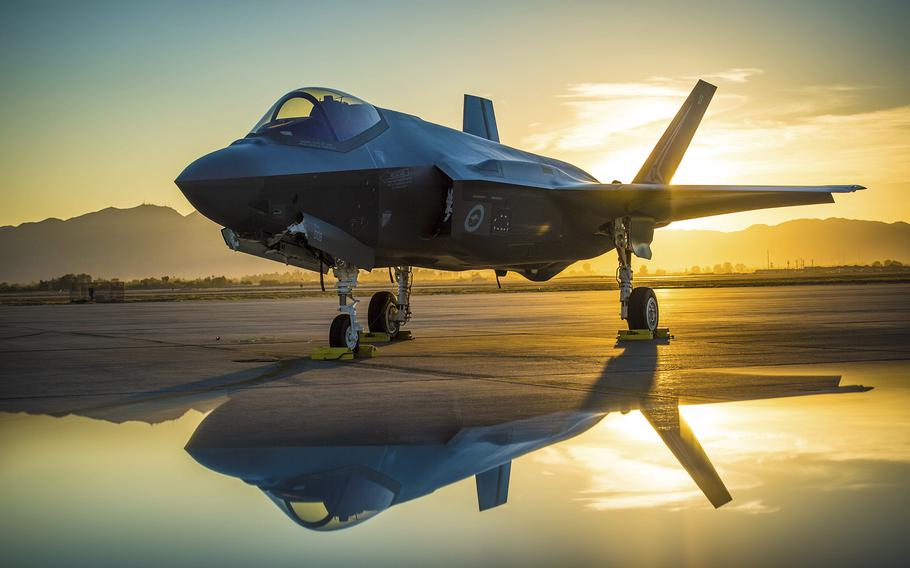 The Pentagon has halted deliveries of Lockheed Martin Corp.'s F-35 after finding an alloy used in magnets for pumps on the fighter jet were made in China.

He said the pause won't interfere with operations of F-35s already delivered to the U.S. military and partners abroad because "the magnet does not transmit information or harm the integrity of the aircraft and there are no performance, quality, safety or security risks associated with this issue."

"Once the issue was discovered," the F-35 program office "found an alternative source for the alloy that will be used in future turbomachines," Goemaere said, and deliveries of F-35s were halted as a precaution.

Lockheed said in a statement that "we are working with our partners and DoD to ensure contractual compliance within the supply chain." The contractor said the F-35 remains safe for flight, "and we are working with the DoD to resolve the issue as quickly as possible to resume deliveries."

The turbomachine integrates the aircraft's auxiliary power unit and an air cycle machine into a single piece of equipment that provides electrical power for ground maintenance, starting of the main engine and emergency power.

Honeywell International, an F-35 subcontractor, notified Lockheed in late August that "alloy sourced from the People's Republic of China" and provided by a "fifth-tier" subcontractor was used in a magnet, Laura Siebert, a spokeswoman for Bethesda, Maryland-based Lockheed, said in a statement.

Honeywell spokesman Adam Kress said in a statement that his company "remains committed to supplying high-quality products that meet or exceed all customer contract requirements" and is "working closely with DoD and Lockheed Martin to ensure that we continue to achieve those commitments on products Honeywell supplies for use on the F-35."