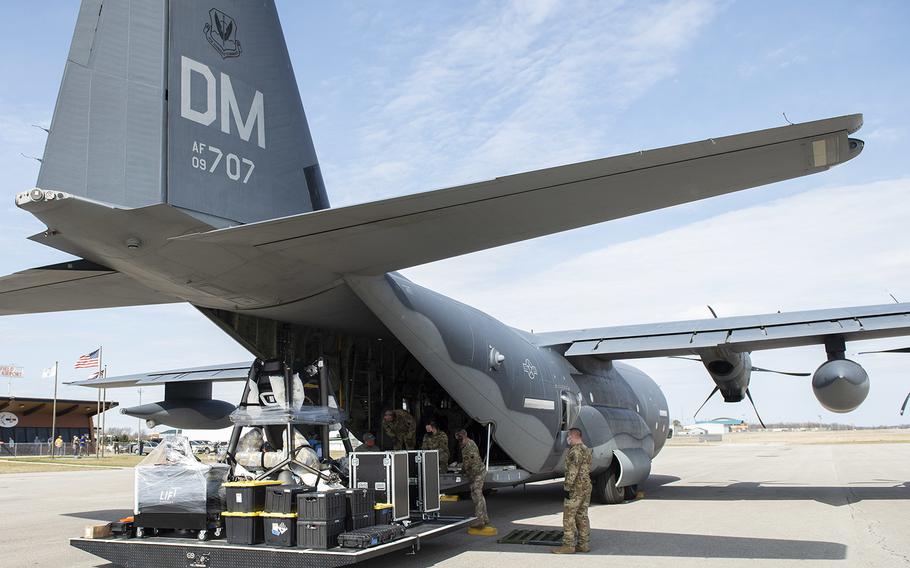 (Tribune News Service) — While ground was broken Tuesday in Springfield for a new center devoted to advancing new air mobility technologies, getting to that point took years of work by area advocates.

Construction will start soon the National Advanced Air Mobility Center of Excellence at the Springfield-Beckley Municipal airport, which initially was denied a crucial federal grant.

He called it "unbelievable" that the center is happening.

"We like to think the sky's the limit, right?" McDormand said the day after the groundbreaking. "There are already advanced air mobility prospects looking to locate manufacturing facilities here that are hundreds of thousands of square feet, and more than a thousand jobs."

"These are the jobs of the future," he added.

The 30,000 square-foot, two-story building will house university, business and government researchers. The investment will include 25,000 square feet of hanger space and -advocates hope — draw more companies to the airport.

The center is meant to anchor research of new flying vehicles, known as eVTOLs, or electric vertical take-off and landing aircraft. The vehicles are said to be able to take off and land as helicopters and fly as airplanes, making quick intra-city transportation possible.

The Air Force is also studying the crafts' utility in the realms of search and rescue and medical evacuation.

The needed federal grant was initially a close call. The center was originally denied federal funding, according to U.S. Rep. Mike Turner's office.

Criteria for Department of Defense funding for the center needed to be expanded, said Rachel Walker, a spokeswoman for the House Select Committee on Intelligence and Turner, who sits on that committee as ranking member.

Funding was first denied for two reasons: competitiveness with other sites and a population cap.

Springfield's approximate population was 59,000 residents in fiscal year 2019, about the same as today. The desired grant went only to rural communities with no more than 50,000 residents.

Turner and the House Armed Services Committee (on which he also sits) used the national defense budget to tweak criteria, raising "enhancing military value" to a top priority — and the committee expanded the population cap to 100,000 residents.

"That was a critical piece to getting the grant dollars," McDormand said.

The moves meant $6 million for the center.

"This is one of the ways we can bring capital and additional resources to the community that can create jobs," Turner said.

"In this instance, our community was not eligible for the dollars in this grant program, initially" he added. "We changed the criteria, we applied and we were successful."

Work took cooperation across the aisle and across legislative chambers. In 2021, Sen. Sherrod Brown, D- Ohio, announced that the Office of Local Defense Community Cooperation awarded $6 million to the project. At the time, Brown wrote Defense Secretary Lloyd Austin urging him to consider Springfield's application.

" The Springfield-Beckley Municipal Airport and Southwest Ohio are on the forefront of AAM (Advanced Air Mobility) and flying cars, and the DCIP funding will continue to push Ohio's innovations in this space while growing the economy in Southwest Ohio," Brown told Austin in a September 2021 letter.

When communities are dealing with federal agencies, they need champions in Congress who can help, McDormand said.

The total value for the center will be more than $9 million, supporters say. JobsOhio plans to support the project through its Ohio Site Inventory Program (OSIP), a Dayton Development Coalition executive said. A multi-million dollar OSIP grant would cover site preparation, utility extensions, an access drive and parking.

That grant is awaiting final approval, the coalition has said.

Construction on the center is expected to be complete next June.