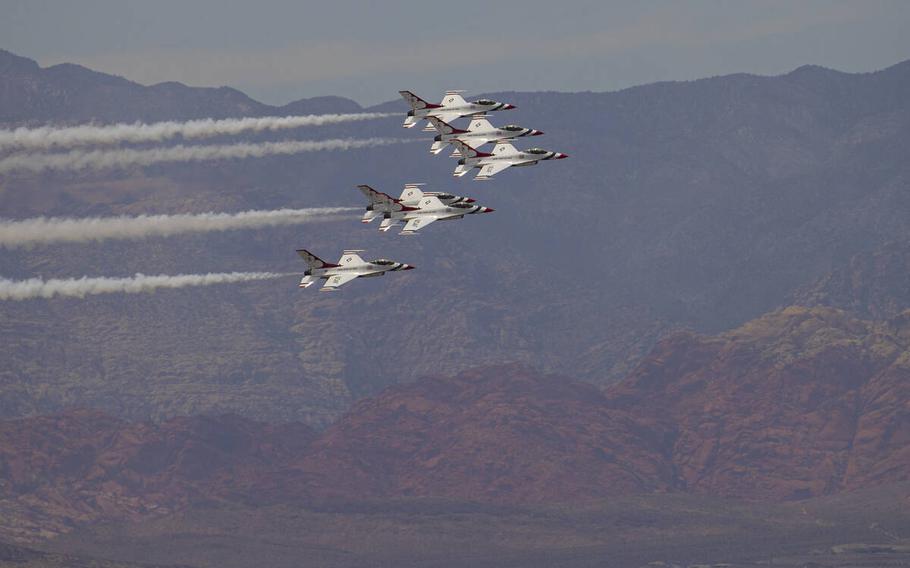 The U.S. Air Force Thunderbirds fly north along the I-15 on Monday, May 9, 2022, in Las Vegas. (Chase Stevens, Las Vegas Review-Journal/TNS)

The Thunderbirds will be back home after a 19-day deployment to four separate show sites. Upon arrival, the Thunderbirds are expected to perform a formation flyover of Las Vegas that can be seen at approximately 2:15 p.m.

According to a tweet, the squadron will fly north over Interstate 15.

“Las Vegas is our home,” said Lt. Col. Justin Elliott, Thunderbird 1, commander/leader. “This team spends a lot of time deployed around the country, so this is just one small way for us to thank the Las Vegas community, our host, for their unyielding support of the Thunderbirds and the United States Air Force.”