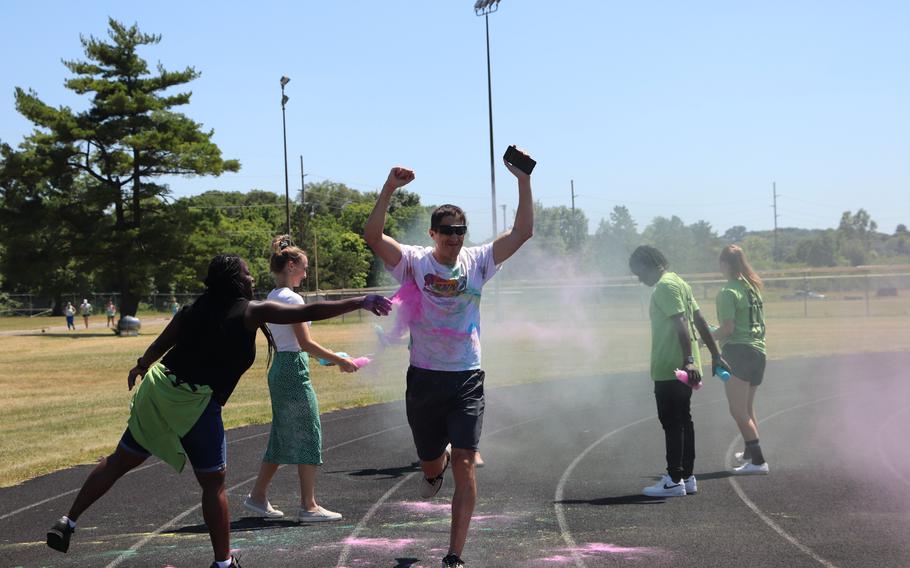 Colorfest, presented by the 88th Force Support Squadron, celebrated diversity, inclusivity and a sense of community.

June was Pride Month, which honors the contributions and resilience of LGBTQI+ people. According to his Pride Month declaration, President Joe Biden said: "We reaffirm our belief that LGBTQI+ rights are human rights. And we recommit to delivering protections, safety, and equality to LGBTQI+ families so that everyone can realize the full promise of America."

At 3 p.m., Colorfest events at Wright-Patt kicked off with the 1.5-mile Color Run. During the untimed event, participants wore white T-shirts and were plastered in brightly colored powder at various designated locations. The fun run began at the Jarvis Fitness Center parking lot, headed around the dorms and then back to Jarvis Outdoor Track.

From 4 to 8 p.m., the celebration of diversity in the community continued at Jarvis Outdoor Track. Music, dancing, photo-ops, activity booths, food trucks, a beer truck, and LGBTQ, women and minority-owned vendors were featured.

All ages were present at Colorfest, with families sampling the cuisine offered by three food trucks: Kahuna Grindz, A Cut Above Schnitzel and More, and Kona Ice.

Alexa Vincie said she brought her two children, Coralie, 4, and Hoyt, 17 and a half months, to Colorfest so they could learn about equality and diversity. She and her husband, Maj. Matthew Vincie, an engineering professor at the Air Force Institute of Technology, purchased German-inspired meals and enjoyed the festivities.

Airman 1st Class Andrew Kang, a second-phase medical student, was on his way back to the dormitory when he noticed the food trucks. He popped by and bought a to-go meal from A Cut Above Schnitzel.

Although the international fare at Colorfest was a sure draw, many children enjoyed the various games and designated color tosses.

From 8 to 10 p.m., the Colorfest After Party took place at Kittyhawk Lanes with Glow Bowling. A live DJ, selfie stations and two hours of bowling wrapped up events for Colorfest.