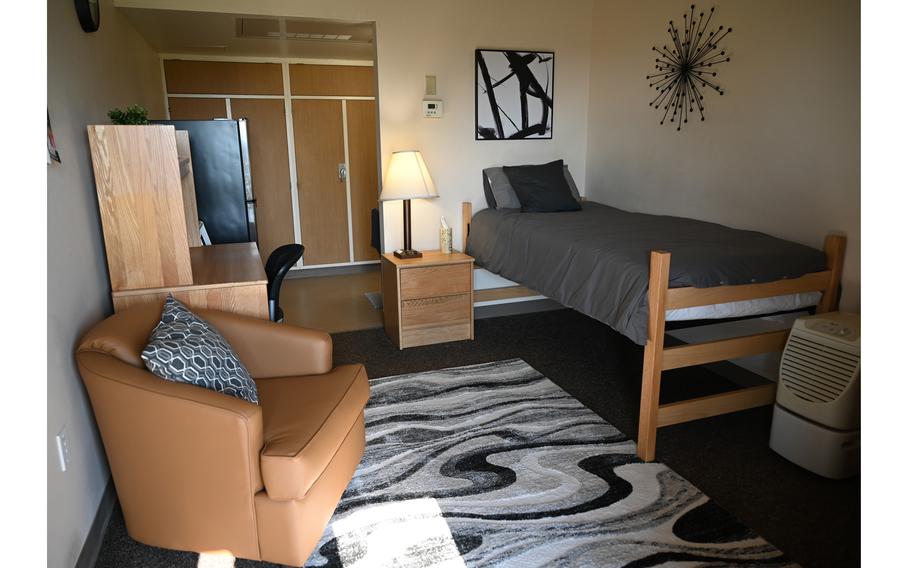 (Tribune News Service) — The top enlisted airmen at Langley Air Force Base thought they had a better idea for their first sergeant rooms — the spaces usually set aside for hospitality functions or meetings.

The base’s First Sergeants Council decided to convert its four first sergeant rooms into places for airmen in emergency situations — for instance, a safe place to escape domestic abuse.

“By pulling a member out of an emergency situation and providing these rooms, we want them to feel safe and not think about what they’re going through at the moment,” he added.

The council launched into a makeover of the four rooms to make them homier places for airmen in a jam to stay: there are beds, armchairs, rugs.

The idea is for airmen needing that to be able to pick up and go.

Langley’s first sergeants are working on a safety plan and helping airmen needing the diamond dorms get back into their home or find a safe alternative during the 72 hours they can stay in the dorms.

Senior Master Sgt. Emily Mandarich, 1st Maintenance Squadron first sergeant, had a sense of what was needed when she arranged an ad hoc shelter on another base for one of her airmen.

The airman had been raped and had decided to file a formal report. She needed a place to go so she wouldn’t be home when the roommate was notified he was under investigation.

“She had been worried about tipping off her perpetrator, so not having to pack toiletries, food and other accessories was a necessity,” Mandarich said.

That’s when the idea came up of using one of that base’s first sergeant rooms as a shelter, “and provide everything she would need for a few days until she could return safely to her home to gather her things.” Mandarich said.

She said the airman told her later that being in the first sergeant room was the first time she could sleep in six months.

“If an airman is in a really dark place and the diamond dorms can bring a little bit of brightness into it, I think that’s fantastic,” Mandarich said.