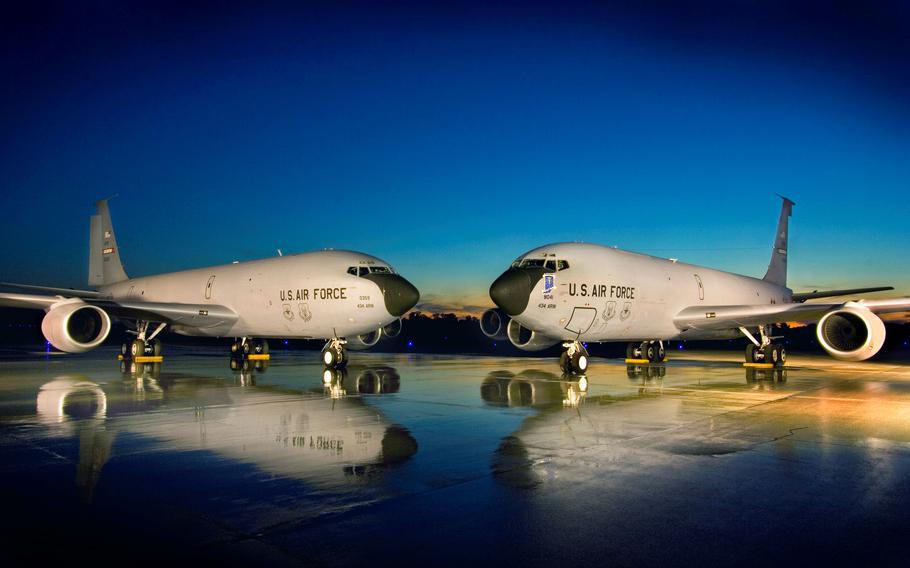 BUNKER HILL, Indiana (Tribune News Service) — For years, the 122 airmen at Grissom Air Reserve Base responsible for preparing and loading cargo onto military planes operated out of a small corner of one of the installation's hangars.

But that all changed on June 3 when the base opened its new $9.3-million aerial port. The building is over 11,800 square feet and nearly triples the size of the former space used by the squadron.

The facility now has space to fit all 122 airmen, and includes areas for classrooms, command support staff, storage for gear and a work room.

But the biggest addition is the dedicated training area for the squadron to learn how to expertly pack, load and deliver both military and humanitarian cargo to locations all over the world.

"There is a dollar amount associated with this building, but the true value of the 49th is the dedicated training space," Potterbaum said. "We can send qualified airmen out the door knowing they will fulfill their duty anywhere at any time."

The impetus for the new facility came in 2018, when the division was upgraded to a squadron and increased its staffing from 38 to over 120.

That same year, the base was awarded $21.5 million in federal funding to complete a slew of projects, including the aerial port building. Work started on the facility the next year, but the COVID-19 pandemic significantly slowed construction.

But on June 3, a crowd of airmen and elected officials gathered to open the doors on the new facility, which is located on 4 acres and has nearly direct access to the base's flight ramp.

On display in the parking lot was the large scissor lift crews use to lift pallets of cargo into the air to load on giant planes such as the KC-135 Stratotanker.

Guarding the entrance of the building was a statue of a bulldog, which has become the emblem for the squadron affectionately known as the "Port Dawgs."

Grissom Commander Col. Thom Pemberton told the squadron he was proud to finally give them the building they needed and deserved.

"I have a soft spot for Port Dawgs," he said. "You guys and gals are hard workers, and I'm so pleased we were able to get you the facility that you can call your home."

And like every building on the base, Pemberton said, Grissom crews will ensure their newest facility will stay maintained and in top shape for decades to come.

"This base has a reputation of taking care of things," he said. "This will be no exception to that. The money that was poured into this building, the blood sweat and tears; we're going to take care of this providing good training for our airmen."